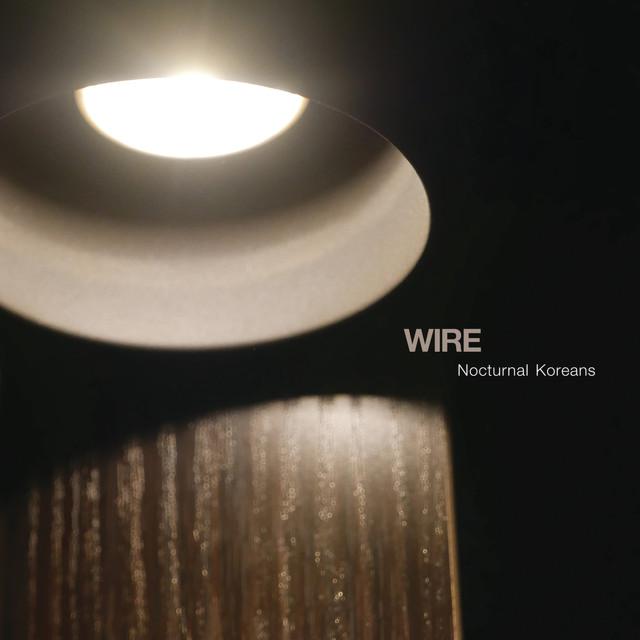 There’re actually only good things to say about this release, out via Pink Flag last 22th of April. The most important one it is that Colin Newman and the other guys (including the guitarist Matthew Sims and that standing to Colin himself, he is actually giving really much to the sound of the band), after in practice fourty years, they’ve still got loads to shoot. ‘Nocturnal Koreans’ was in basically presented as an appendix of the previous album, the self-titled ‘Wire’, out last year and that Colin would had defined has a sort of ‘Renaissance’ for the band. Presented as an appendix, we have actually to say that, in a certain sense, ‘Nocturnal Koreans’ is an appendix! In fact it substantially includes eight tracks recorded during the sessions for ‘Wire’ and those were actually excluded from the original release because considered by Colin, ‘Less respectful of the band,’ than ‘Wire’, because of the material was mostly created in the studio. Not a general rule for the band. By the way, the truth in my opinion it’s that we are actually facing what it’s a very good record and that has nothing to lose into a comparison with, ‘Wire’. A mini LP of the duration of about 25 minutes, it opens with the title-album, ‘Nocturnal Koreans’, a refreshment of what were typically wavy and post-punk sonorities played with a particular irruence. ‘Internal Exile’ on the other hand went much more into dark sonorities (listen also for example to the evocative and with an extensive usage of the synths, ‘Forward Position’ or to the depressive and minimalist ‘Numbered’), the tones are aggressive, the synths started to play more and more and the rhythmic section it’s in practice dominant. ‘Dead Weight’ it’s another song I would like to define as evocative because its musical contents, it’s really a great good song that in the refrain in particular shows what are sonorities that are epical in a tradition introduced by the band and later became very influential in all the United Kingdom starting from the end of the eighties. In an album someone wanted to define as heterogeneous (I don’t consider it this way actually) there’s also space for a typical power-pop track as ‘Still’ and for a true homage to the tradition of this band, the final track, ‘Fishes Bones’ with reminiscence of what were the attitudes of the Suicide. ‘bout myself, sincerely, the only regret I have about this album, it’s just the simple fact I listened to it only now and after months it was out. Never too late, by the way.