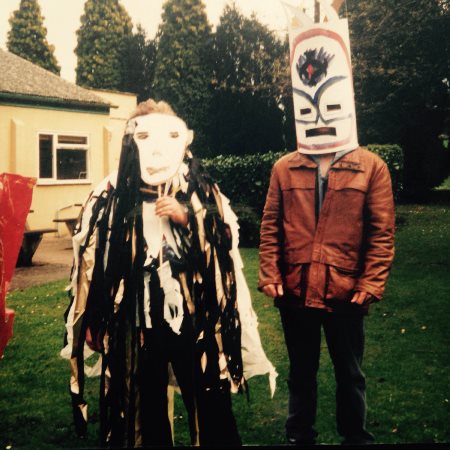 Reading these days a book of a famous contemporary Italian psychoterapist named Luigi Anepeta. A very brilliant doctor who is founding his studies on the interaction between the people and considering their behaviour in the different situations, much more than adopering a traditional approach to the argument. He founded an his own non-profit organization, ‘LIDI’, which actually means ‘Lega italiana per la tutela dei Diritti degli Introversi’ (‘A League To protect the Rights of Who Are Introverted’).

The name of the book it is actually ‘Stare male di testa: La normalità della follia, la follia della normalità’ (‘To Get Mental Illness: The Ordinariness of Being Crazyl, the Insanity of Be Ordinary’). It’s a very interesting one. Doctor Anepeta, without getting into the using of a technical language, he explains the contents of his thinking adopering a lot of examples and always pointing his finger on the contrasts that are typical of every human being.It’s interesting, then, that in the same days I got into this band. White Owl, a psychedelic-rock garage complex from the City of Bristol, United Kingdom, named their self-released album, ‘In League With The Devil’. Ok ok, I admit it’s not something really original. Rolling Stones, everyone knows, they have got ‘Sympathy For the Devil’ and Robert Johnson he got revelations from Satan in person. There’s always been a connection between the world of the rock and roll and the world of evil, the reign of the Devil, the old fucking hell.

I remember I talked about this thing about an old photography in which there were Roky Erickson and GG Allin. An incredible testimoniance in which they were incredibly pictured. This actually happened in Dallas and it’s a very intense photo of two of the most ‘crazy’ people in the history of the rock and roll. It was exciting. I found that photo very exciting and watching to it I felt a strange connections with these two people. What are really the contents of the rock and roll, I mean. Of course there’re a lot of artists that also they consider into the contents of their songs themes that we could define typical some way ethical and/or moral. I appreciate them of course, but I don’t consider this is the true content, the true nature of the rock and roll music. On the other hand, in fact, it is my conviction that rock and roll it does not really have got any ethical or moralistic contents. It’s rock’n’roll. ‘It’s only rock’n’roll, but I like it.’ And this is because this music it perfectly does rapresent the contradiction of every single human person that he is in it.

No. You will never take ethical contents listening to rock’n’roll. Rock’n’roll it’s much more a status quo. The status quo, the way of being in which we try to figure out about our contradictions and we really keep in touch with our problems and with our true nature and this also because the feeling to be in a state of connection with the others. And of course it doesn’t care if you’re playing or just listening to it. It’s the same thing. In any case you’re connected. We everyone are.

‘In League With The Devil’. The band define the album like it was ‘Poorly recorded in various states of mind across the year 2015 at the luxurious White Owl Recording Studios in Bristol UK’. And this of course it’s a perfect way to introduce it. Melting together psychedelic intents with sonorities that are typical of the United Kingdom, this garage band really impressed me much more than I was expecting.

‘The Witch’s Tear’, the title-track, ‘Without The Influences Of Those That Should Know Better’, are the most garage pieces of the album, but every one of these has also got some pop contents typical in the tradition of the UK sound. An album which you could probably compare with the ones of artists as Doug Tuttle or also Jacco Gardner. In the sign of a tradition opened in the sixties with artists as Dino Valente aka Chat Powers and renewed through the years in the United Kingdom with always a much more electric contents and with the indie taste typical of this era, listening to tracks like ‘Black Is The Colour Of Love’, ‘What Am I Going To Do?’ I immediately thought to that great band that was The Orgon Box or to artists as Pete Fij and Terry Bickers. Impossible listening to ‘How Wish I Could Always Forget’, ‘Thet Cannot Read Our Minds’ to not  male a comparison with a great, fundamental and forgotten album as ‘Centaur’ (The Orgon Box). But there’s much more in this album. ‘That Cannot Read Our Minds’, for example, it’s an experimental track with reverberated and evocative sounds and a certain use of majestic and serious tones (you could hear something similar also in the opening track). But how things could be different for a band which does pretend to be in league with the Devil.

A league that is possibly much larger than someone could pretend it actually was. Watch deeply into yourselves. You surely feel that sense of unfamiliarity to everything that’s actually around you, but at the same time you feel like you couldn’t leave what it is actually your ‘magic circle’. That’s it. This is possibly what this album is about. But don’t look at it for any answers. Just pay attention to the questions and, believe me, this could possibly be enough, this is the only really thing that you can really do.