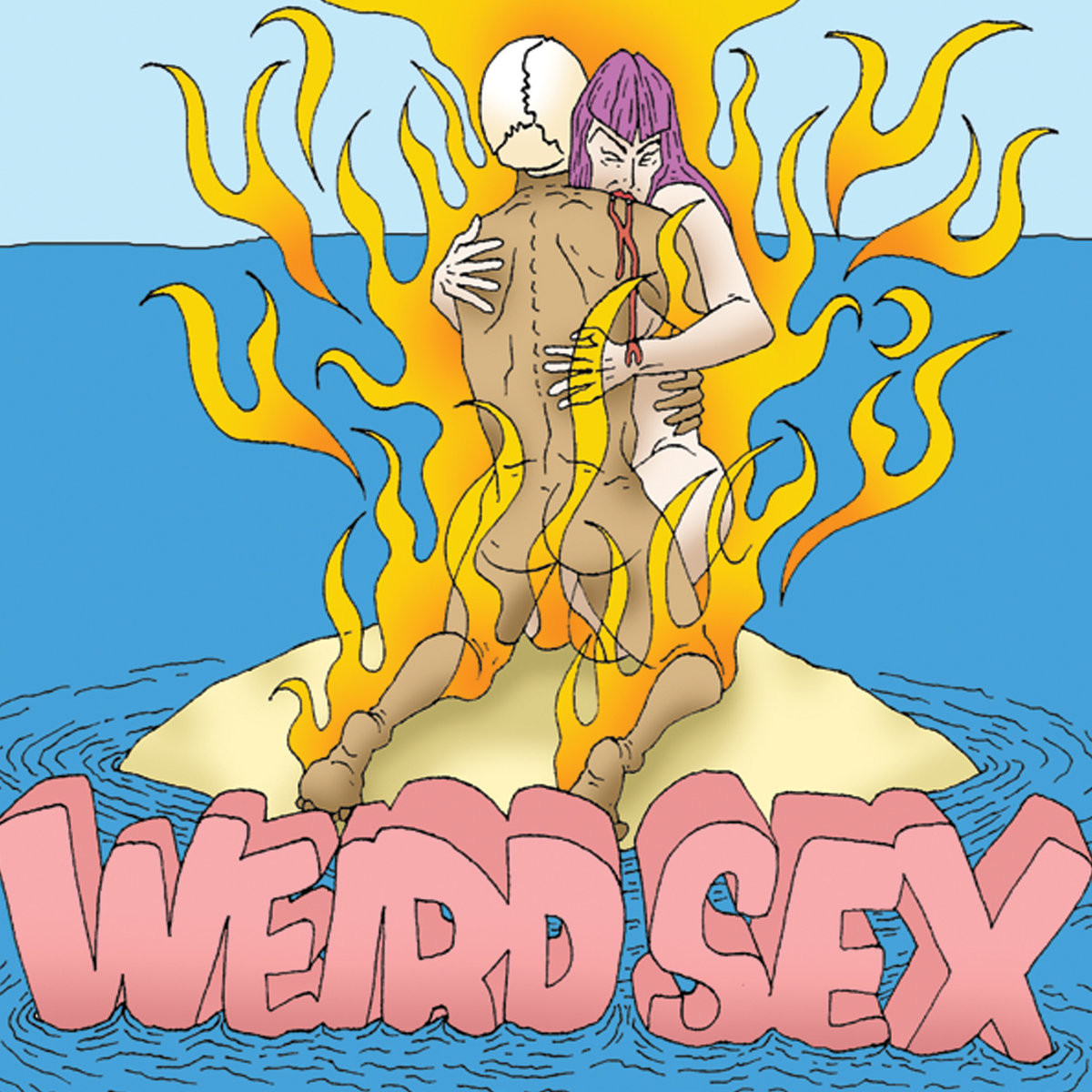 This is actually an album, 8 tracks, even if it’s released as A Side of a split cassette on Roadkill Records, featuring on other side London garage group Broken Soundtracks.
Ok. Weird Sex have been called a supergroup, gathering members of Deathline, Suicide Party and Sly Persuaders. They’re just friends, they got punk and rock’n’roll in their veins. I know Joey from when he used to be in Suicide Party, alongside his fellows Nicholas and Kat, before they left to form The KVB. I can remember one night when they played in a lousy pub near Mile End with brothers of Piatcions, who later became Throw Down Bones. 2010. The sound guy messed up everything, and the bands made sure he was fired on the spot. Bit of epic. Joey is not “into” rock’n’roll. He is rock’n’roll. He’s the gentle, kind-hearted and even sometimes shy guy who gets fire on stage and smash it all, turning his guts inside out. He got good companionship here, a band with ignition and fuel, fast and furious. If you’re looking for comparison, it’s The Cramps, The Birthday Party, The Pogues, Stiff Little Fingers and – for who remembers  them – Selfish Cunt. Not definitely working class heroes, more on-the-dole heroes, the ones who waste time spotting trains, sitting with a warm lager on a brick wall talking about a future they know it will never come. The kind of beautiful freaks whose very last wish might be to have their ashes thrown over the Liverpool Fooball Stadium’s green, and that’s a real story, it’s not Nick Hornby, neither Irvine Welsh, so much this punkishness is for real, and we’re far away here from any poseurs attitude. Not forgetting Weird Sex’s songs are great songs, of the top breed of british rock, from The Clash to very early Arctic Monkeys, smelling of cellars, coal and teen spirits, played to shake your hips and have a fuck in the back of daddy’s car. Marvellously weird.