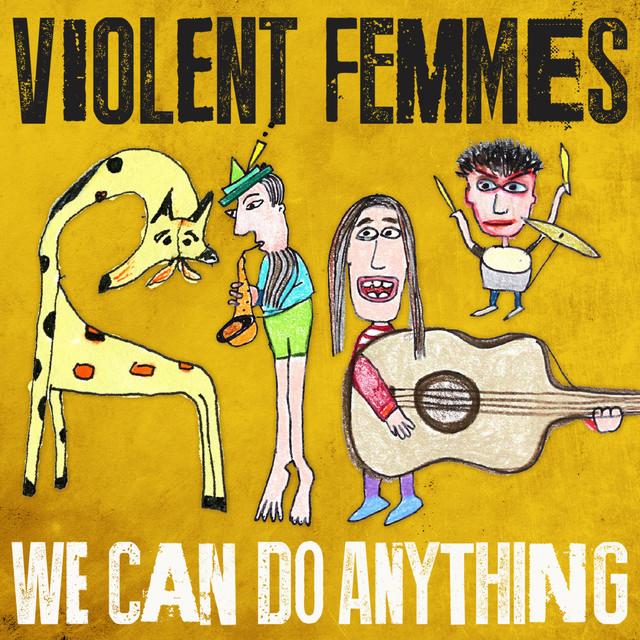 We Can Do Anything’, out via PIAS America, it is for me something unexpected. I mean, sixteen years passed by from the release of ‘Freak Magnet’ (2000), so I was definitely habit to consider Violent Femmes to something referred to the past and this time not because of the definition of ‘folk revival’ generally abused (or used improperly) since their debut with their eponymous album in 1982. I’m saying this, to be honest, just because to be sincere at all, I considered ‘Freak Magnet’ an album too much harmless for a band which made of the ‘violence’ what was in the end an hymn of revolt derivated by the frustrations and the anger of three young boys coming out from the neighbourhoods of Milwakee, Wisconsin. This was probably inevitable because of the passing-by of the years and because as the time pass by also a lot of things change. Among this we could not mention also the departure of the drummer Victor DeLorenzo, that mutilate the trio maybe also swearing it of that original innocent sense of revolt. Who knows. It was for all of these reasons and also because the album wasn’t generally well received by the critics, everyone, probably Gordon Gano himself, was considering that this experience was finally come to an end.
Despite this, the band performed live several times through these years (DeLorenzo also rejoined the band for a period) and as I was considering inevitable the fact they actually sound less punk and irriverent that in the past, it’s also normal that Gordon Gano and Brian Ritchie wrote some new songs and that in the end these concluded in being a new album. 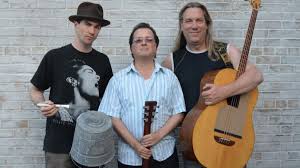 ‘We Can Do Anything’, the ninth studio album by Violent Femmes, was out last March. Brian Viglione, also known because of being part of The Dresden Dolls, took the role of the drummer and complete the trio formed by the ethernal Gordon Gano (who in practice wrote almost all the songs of the album) and bassist Brian Ritchie. A band of five elements, The Horns of Dilemma, supported the band in recording the album, which has got a particular cover artwork opera of Kevin Hearn, a multi-instrumentalist playing with Barenaked Ladies.

The contents of the album are inevitably substantially not differents from what Gano and Ritchie has proposed through their years since their debut, but it wouldn’t be dishonest to admit that in the complex the album, which is surely easy-listening, it is not something you’re going to give too much consideration. To be completely honest: if you are not a big fan of Violent Femmes, you could sincerely avoid it.

Ok, songs like ‘Memory’, ‘Foothills’, ‘Big Car’ show that the trio has still got some power to transmit with their songs, you could inevitably consider them because they are easy listening and have got a certain sense in going on with the tradition of the so-called folk-revivalism critics and people were used to attribute to this band. On the other hand, some episodes as ‘Holy Ghost’, ‘I Could Be Anything’, ‘Traveling Solves Everything’ sound like a parody of what could have been one time defined as lo-fi songs. ‘Issues’ is a good pop-folk ballad, ‘Untrue Love’ a sort of nichilist anthem… 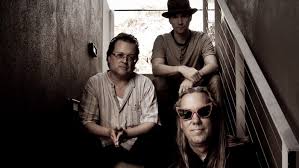 Answering to myself about the main content of the album, I made myself the idea ‘We Can Do Anything’ would like to be an homage to who during his whole life always tries, but never figuring out or in any case, always being not satisfied about what he reaches. It permains the doubt if we are talking about being unsatisfied or if it would be an eulogy to figures like anti-heroes and in this indecision, metaphorically, are all the questions we could make about this come-back in a moment in which, impossible not to mention, US showed itself as a country which wanted to be conservative and not opened to the rest of the world and at the same time, much more than aggressive, interested in mantaining its state of thing. Surely, that’s the point, there’s the need of much strength and power and of that many time re-called revolution of the minds (we always need revolution in this sense). We definitely need much more ‘violence’ (figure out, I’m not calling you to the arms), but the femmes are perhaps too old for this. They could just send a message to the new generations. Punks and folk-revivalists, garage bands, the old fucking rock and roll, are you still celebrating youth and revolution? Are you still really considering the world you’re actually living? I see too much auto-reference and that’s definitely shit. This record could probably so sound like an alarm: guys, you could really do anything you want to. Just take the power in your hands and spread your violences all around the country without considering that being young is definitely shit. The truth it’s just the opposite.