There’s generally the opinion that a band which has got what we could consider a long career it’s going to a certain point to have what it could be defined as a loss of creativity and inspiration.

That’s because, I guess, we are generally going to express our concerns in this sense relating to what are in the end going to be in any case defined as they were ‘pop phenomenons. Of course in this sense I’m not speaking only about music. We could make a similar consideration in every kind of aspect of a society. I mean, in any case relating to something that because of its peculariar characteristics, it has necessearly to be considered into a determined context and a particular period of time. Not at all. Sometimes it could be also limited because not only time but also space.

Don’t want with this consideration to make a falsification about pop art and music. It’s a very extended and complicated theme to be discussed and it could also comprehend different perspectives and point of view into approaching to it.

What I really care, definitely, it’s the fact that when we are talking about art and/or music, and this time I’m properly going to talk about music, we have – luckily, because of my point of view – also to consider that there’re artists who really renews themselves and their music year after year and work after work and this not because they’re pretending to be on the edge and part of a determined cultural moment, neither in other cases because they wanted to be so relevant to be themselves to define the lines of a new iconic movement. They simply do what they want to do because of their attitudes and feelings and their renewment it’s what in practice it’s the renewment of every human being into his developments as a single person and as a member of a community. 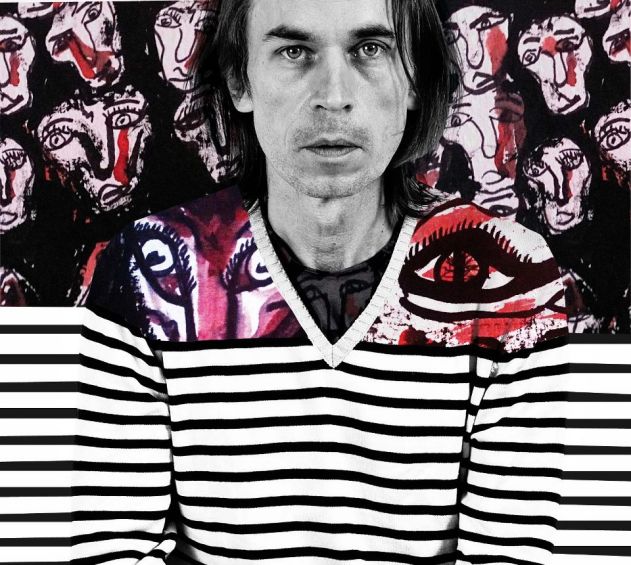 Probably, I don’t remember exactly in this moment, neither wanting to go to read what I wrote by myself in the past, I described Ulan Bator (reviewing their previous album, ‘Abracadabra’, out on January 26, 2016 via Acid Cobra Records, the label which it’s actually a own property of Amaury Cambuzat) as a band which apparently hasn’t been too much interested into releasing records because they mostly showed a great attitude and incredible skills into live performances and also in what were their collaborations with other artists, thinking for example to the long-time collaboration between Amaury Cambuzat and his former band-mate Olivier Manchion with the seminal kraut-rock band Faust.

This gives possibly an idea in any case about what are the historical proposals Cambusat has intended his music since he formed along with Manchion the band in Paris on 1993.

Ulan Bator it’s always been a creature of Amaury Cambuzat, but we could also intend it as an open project. Not because of the several changes of formation the band has had along the years (this time we have Mario Di Battista at the bass and Sergio Pomante at drums and saxophones, Amaury plays all the others instruments) but because Cambuzat has always opened himself to new experiences and as consequence the sound of the band it’s evolved and become more and more kosmische both musically than properly culturally.

Everyone could have his personal opinions of course, but I definitely consider ‘Stereolith’, the last album Ulan Bator are releasing next 24th of February via Tapete Songs, their best work since their debut and an expression of incredible awareness as a musician and songwriter by Amaury Cambuzat, who is able to contemperate avant-rock experimentalism with sophisticated songwriting in the respect of what it is used to be defined in Italian speaking as ‘forma canzone’, intending generally classic songwriting into rock’n’roll music, but not because of this reason anyway predictable or trivial. Ordinary. 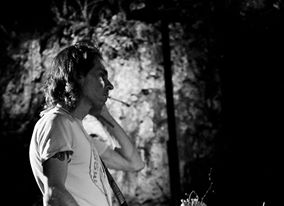 Opening with a combination of solemn drone and vaporous synths, ‘On Fire’, the first track of the album it’s an experimental alt-rock song in which the voice of Amaury Cambuzat (who sings all of the songs of the album in English) softly whispers among radiotransistor vibrations and imperious bells chiming, immediately introduces us into a dimension similar to experiences by Michael Gira and his protected Akron/Family into what are their mostly avant-folk psychedelic expressions.

A style reprised later by one of the most experimental tracks, ‘Blue Girl’, constructed on a very sophisticated use of the drums and hipnotic piano beats and krauty repetitions in an incredible crescendo which undoubtly pays homage to the masters of the German music of the seventies, a fundamental point of reference to Mr Cambusat.

‘Spinach Can’ on the other hand reprises an hilarious humour typical of the genre (it’s an homage to Popeye!) with the usage of the reverberation for the voice and continuing to propose hipnotical and repetitive combination of sound and loops while the bass and the drums sound very high and create a contrast which contributes to increase the sensation to be involved into a trip like being lost into a remote and weird landscape.

‘Ego Trip’ it’s an acid kosmische fluorescent electronic session and with ‘NeuNeu’, clearly inspired by the sonorities of the influential duo Neu! by two of my favourite musicians at all, Michael Rother and the beloved Klaus Dinger, who also later was the main member and the founder of La Dusseldorf, which the main concepts were actually very similar to the ones proposed by ‘NeuNeu’, a krauty cavalcade with usage of compulsive rhytmic section and evocative singing, phaser reverberated and groovy with some reminiscences of the most experimental wave experiences of the late seventies.

There’re something tribal into the approach of Amaury Cambuzat to the contents of this album trying this sense to mark a line from the origin of the music to the experimentalism and dadaism of the avant-rock experiences.

‘Stereolith’ it’s introduced by a crescendo of groovy percussions. The use of the synthesizers too reminds possibly to the progressive music. It’s a visceral spacy blues played under the surface of the Earth. Distorced guitars, doom bass explosions sound like a mantra where Michael Gira and the Swans meet the Harmonia by Michael Rother and Brian Eno.

A sophisticated reference, Brian Eno, the father of ambient music, who is conceptually like a ghost presence into the second part of the album, composed by songs which are incredibly elegant. Evocative and at the same time suggestive. 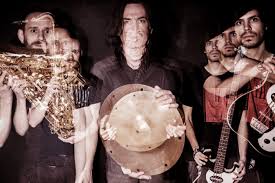 ‘No Book’ introduces you litterally into the dimension of a confusional state of mind typical of cyberpunk fascinations or of cinematic moments by the cinema of David Cronenberg. Visions of ‘The Naked Lunch’ by Sir William Burroughs pass by your eyes whole opened to the magnificence of the obsessive percussionism and redundant usage of the synths which into a similar-Kraftwerk modulation opened into noir tones and atmospheres.

‘Icarus’ it’s a flight. How could it be different. Reverberate noise sonorities and so-defined post-rock fascinations grow slowly from the beginning of the song to the end while guitars flourishing into the final landing back to Earth.

‘Lost’. A visionary piano song into the middle from some Pinkfloydian experiences possibly out from the Waters-solo-defined album, ‘The Final Cut’, and with reminiscences of Lennon-McCartney’s productions, the atmosphere it’s quiet and at the same time permeated by a sense of typical mittleuropean desperation. Like you were right now into the Europe of the post-Second World War and you should be happy because the fucking war it’s ended but everything appear at your eyes like it is definitely destroyed. Talked with a friend of mine who comes from Germany recently and he narrated to me what his father, who took part to the Second World War, found when he was back home in Karlsruhe, which it’s actually the second biggest city of Baden-Wurttemberg later than Stuttgart. Nothing. He actually found nothing.

Yes. I know he was on the ‘wrong side’. He fought the Second World War for the Third Reich. He was probably going to be a nazist. I don’t know. Guess that the majority of the people who fought for Germany into the Second World War were actually nazists, but at the same time I also I’m certain that in many cases they everyone don’t know a fuck about what they were actually doing. 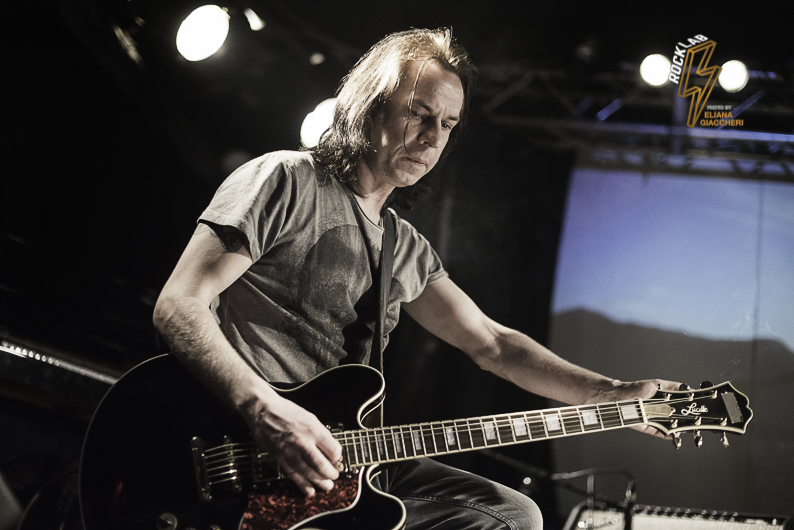 That’s not an apology of the fucking nazism. It was definitely shit and of course a lot of Germans were also responsible because of what happened. But it’s also true that we have also to make a separation between who were actually the leaders of the Third Reich and the others and to consider that in the end like everyone involved in a war they paid for what they did. Historical concern concepts also count. You know. My grandpa, I’m Italian, he also fought into the Second World War. He was born into the countryside, he didn’t get to school, he was a poor man who left the countryside because he was a miserable and when he got into a big city he didn’t find any fortune and he even was sent to the war. Was he a fascist? He wasn’t. He wasn’t on the other hand properly able to really comprehend his situation and what’s truly happening to him and into the whole world. I’m not saying he was right. Don’t want to justify him. Just saying that well, that man, the father of my friend he was back home after he fought for the fucking nazists and he found absolutely nothing. Well. I guess this is the kind of sensations songs like ‘Lost’ and the melhancolic avant-rock ballad ‘Dust’, which concludes the album, are about.

Do we require to be happy because we are still alive or we have to annihilate to the vastity and the deepness of the existence, considering it as it was miserable, desperate or in any case difficult. Life, you know, it’s hard, but it’s everything we really could hold. And we need to hold it. We really have to. Even if it appeared to as an impossible thing to do, looking it from the borders of the abyss and depths of our consciuosness.