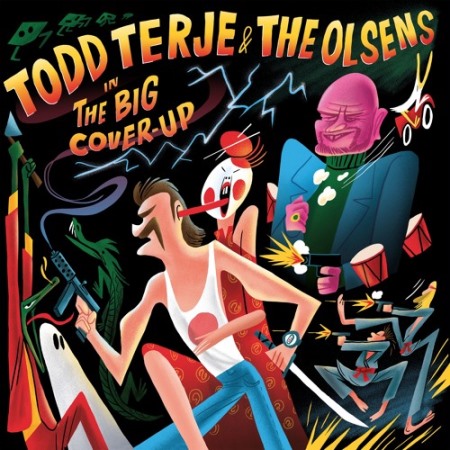 Oook. Look at the cover of this album. We have that fucking old bastard of Jack Burton (Kurt Russell) of Director John Carpenter’s ‘BIg Trouble In Little China’ escaping from some fucking scary chinese demons and there’re also ninjas that are firing with their guns against him and a dragon and he is taking on his shoulder with him the so-called, ‘La femme chinoise’, the one with the green eyes and who the Yellow Magic Orchestra possibly dedicate a song in their album released in the November of 1978. 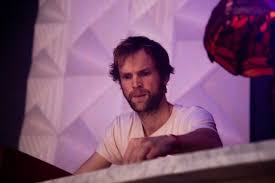 You remember what the old Jack Burton does when the earth quakes, the poison arrows fall from the sky, and the pillars of Heaven shake. Not. Jack Burton just looks that big old storm right in the eye and says, ‘Give me your best shot. I can take it.’

There’s that moment, in the end of the movie, when they finally reach up in fighting against Lo-Pan and they defeate the evil force of darkness, when Jack Burton asks to the old Egg Shen something like, ‘Why aren’t you going to take an holiday in China right now, mate?’ And he answers, looking at him with his strange and weird eyes, ‘Oh, I really don’t need it. I’m yet been there down in China and I’m always taking it back with me whenever I go.’ 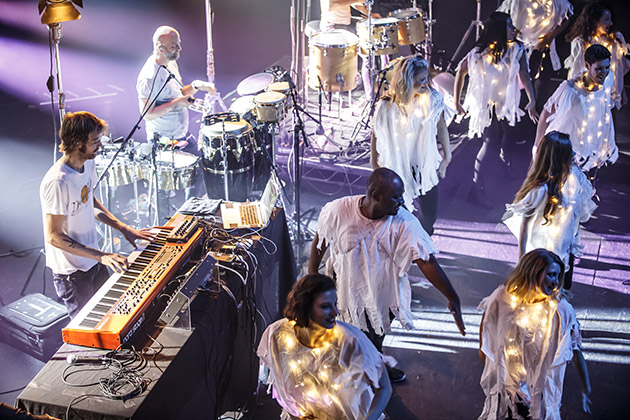 So it is. What do you know about the so-called Far East. Have you ever been to China? Ever you ever been to Japan, India, Afghanistan or the two Koreas? Probably not. I haven’t. So what I mostly know about these places, that to tell the truth have got everyone of them its own history and historical and cultural legacies and traditions, it is what we know from the most popoular expression in the cinema and in the music. We know of ancient demons and ancient traditions because of the many religions in the historical legacies of China and we know the fucking Kung-Fu because of Bruce Lee and we mostly don’t give a fuck about if there’re actually differences between these States. Consider for example China and Japan. We don’t really care a fuck and believe me, guys, it seems that they really hate one each other. But these are nowaday chronicles and we’re not so intelligent and serious to consider the facts because what they really are. We just want to talk about kung-fu and karate and Bruce Lee and the fucking Lo-Pan and the three demons who fly around him protecting him with the power of electricity.

And this is the world in which it is set the last release from Todd Terje. Out via his own label, which it is actually called the Olsen label, and recorded with his live band, the Olsens, ‘The Big Cover-Up EP’ it is in practice an homage to this kind of subculture that of course it is not relevant at all in a true cultural sense, but that in effect it does really care to everyone of us because it is part of our imaginary the same way we could consider, for example, the Far West. 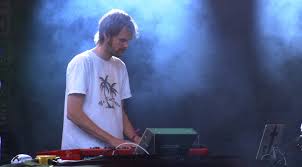 But if you know Todd Terje, you know that you have not to expect nothing serious from this man. The norwegian musician and dj, who release a couple of years ago that great fucking LP which was actually named, ‘It’s Album Time’ (listen to it if you didn’t), far from being a genius or to pretend something similar, he has got his typical hironic approach to the music and in this case he is going to make his own interpretrations with his indistinguishable vintage taste here so kitsch and here so funny and catchy of some tracks recorded by Yellow Magic Orchestra, Martin Circus, Boney M. and Vangelis. You could also find in the EP other remix of the tracks made by Dan Taylor, Prins Thomas and Oyvind Morken, but the entire concept of the EP it is around that kind of imaginary. The Far East as seen by a fucking norwegian dj who is actually inside electronic music and action movies. Not the best possible documentary, but surely a good way to entertain yourself and to get some good relax. What the hell.

So, guys, don’t be scared about Lo-Pan coming from out of thin air in the middle of a goddamned alley, while his buddies are flying around on wires, cutting everybody to shreds… and he just stands there, waiting for Jack to drive his truck straight trough him, with light (I say L I G H T) coming out of his mouth! It’s just China. And China is here. Now.

Ypu can also read this review at http://machchapuchchare.blogspot.it/