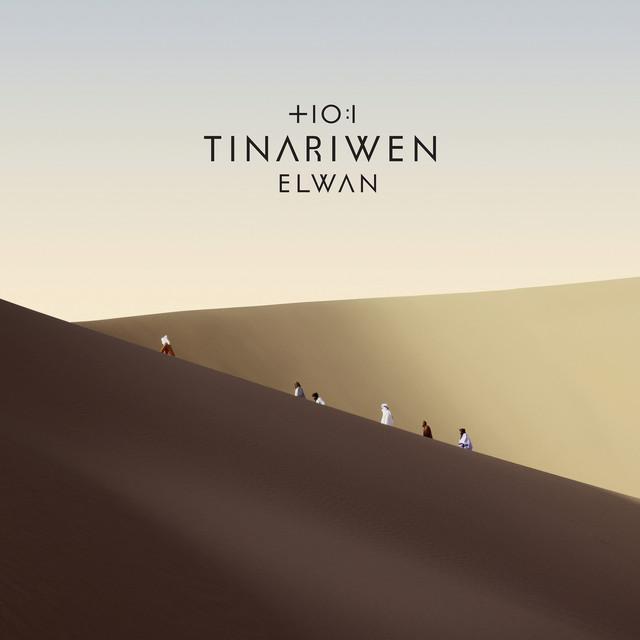 Before I will proceed into reviewing this album, let’s make it definitely clear: Tinariwen is nowaday a lot more than a musical group. It’s what we could consider like it was a cult, a true and deep spiritual experience.

Listening to their music it’s at the same time spiritual and conrete. Concrete in the sense of being litterally involved into something which it’s actually dense, poignant, with a plenty of flavours and tastes and heritages from a story that’s actually longer than thousand of years.

Considered by a lot of people like they were a manifesto of the so-defined ‘Arab Spring’, if it’s eventually true you couldn’t listen to them without considering they’re connected to the reality of the place from where they are actually from (a Saharan mountain range between north-eastern Mali and southern Algeria), at the same time you were possibly wrong considering them like they were the product of that experience. The ‘Arab Spring’ that on the other hand could be eventually disputed by several and different point of views and which the heritages are various and hard to be discussed.

It was in fact just a parenthesis into the difficult context of the Arabian World and of the North Africa history of the last century.

Traditionally nomadic pastoralists, we are not wrong if we were saying that Yareg, also called ‘the blue people’ because of the indigo-dye colored clothes they traditionally wear and which stains their skin, they turned eventually because the changes into our society along the years into a semi-nomadic Muslim people.

But their heritages are the one from the Berber autochtones of North Africa and because of this they’re the descendants of one of the most ancient culture of the history of the mankind.

Possibly: they are still now getting on an argument that eventually connect ourselves to the origin of our history.

The band is actually coming from three days of concerts in Paris, France a La Maroquinerie. What a better city to possibly spread their sound nowaday and considering both the European context than the situation of the Northern Africa, giving an eye to Mrs Marine Le Pen and fundamentalisms like ISIS, which are actually two sides of the same thing. A choice that’s at the same time an expression of courage and bravery and a true ‘bridge’ between something they’re willing to say to us that are two different ‘worlds’, but that are in practice the same. Because, we, the people, we are one. 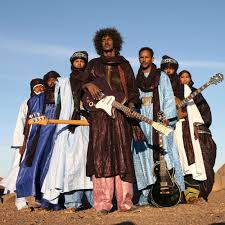 Relevant in this sense also to consider they released on November 2015 a Live album recorded in Paris at the Bouffes du Nord on December 13, 2014 and that’s absolutely worth of your attention (also considering the participation at the event of the divine of the Tuareg music, Lalla Badi). Like it is in practice the complete discography of this influential band.

Because Tinariwen, getting this time into the contents of the review and talking properly about their music, are at the same time a band of revolutionaries (they were formed by Ibrahim Ag Alhabib in 1979 in Tamanrasset, Algeria, but in practice in 1980 he was invited by the influential Libyan ruler, Muammar al-Gaddafi in Lybia to receive full military training and he – the same than other Tuareg people – also got other similar experiences along the years) and a band which makes a true revolution into music.

‘Elwan’ (out via ANTI-Records on February 10, 2017) which does actually mean ‘The Elephants’, it’s the last chapter at the moment of a story which in fact really make a revolution into music because Tinariwen, they not only renewed the North African music tradition which was eventually made famous by artists like Ali Farka Toure, but they also invited the entire world to focalise themselves on the tradition of Malian musicians, true discovering in the end that it was the place where we need to look for the origins of the blues music. So of the rock and roll. 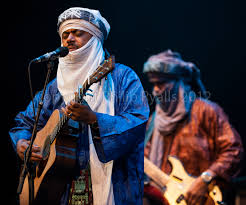 But possibly Tinariwen took their journey not emulating sonorities of US and UK artists (despite the fact they are fanatics of artists like Santana, Led Zeppelin, Jimi Hendrix) but creating a their true own dimension that now, they also got a Grammy Award, is recognised all around the world.

The album was actually recorded into two distinctive bursts at Rancho de la Luna studios in the desert (again) of California’s Joshua Tree National Park on 2014, where the band also collaborated with guitarist Matt Sweeny and artists like Kurt Vile, Alan Johannes: in M’Hamid El Ghizlane, an oasis in southern Morocco, near the Algerian frontier, where the band set up their tents to record, accompanied by the local musical youth and a Ganga outfit (a group of Berber ‘gnawa’ trance musicians).

Listening to it you could eventually feel and consider it like it was a true journey all around the world from a desert to an other one, a journey which took start on North Africa and that ended there a three years later after they traveled on the other part of the Atlantic Ocean. 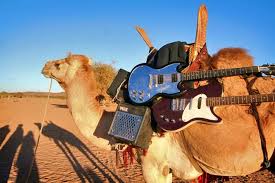 Differently from ‘Tassili’, another album they recorded into the United States, the sound of ‘Elwan’ it’s what I consider typically Tinariwen. An album of true tishoumaren, the blues music of Tuareg people (‘Tiwayyen’, ‘Talyat’…), in which you could find both songs groovy and heritages of a certain prehistoric shamanism derived from ancient animist religions (‘Sastanaqqam’) than much more meditative moments which could make you think to the great lessons about meditation and spiritualism of the Muslim religion and to experiences like the Sufism (‘Ittus’, ‘Nizzagh Ijbal’, ‘Hayati’, ‘Imidiwan N-Akall-In’).

Tribalist and at the same time hallucinate and visionary like an opera of the beat-generation, the music of Tinariwen has got not time and has also got not limits. No borders. That’s their music, that’s mine music, that’s your music.