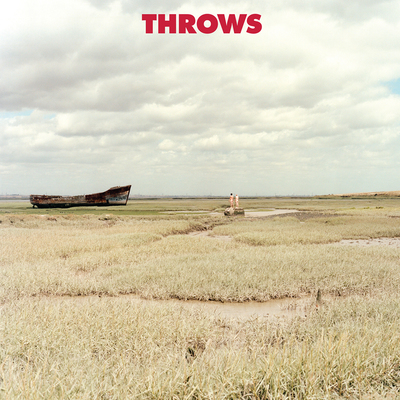 A brand new project consisting in a due composed by Mike Linsday, a past member of the English band Tunng now living in Iceland, and his former bandmate Sam Genders. The duo met eventually in Reykjavik last year where they recorded in Linsday’s studio the songs which later became the first album by Throws. A self-titled album. With the collaboration of influential artists and musicians of the Icelandic alternative indie scene as Sigurlaug Gisladottir (mum) and the string quartet Amiina (known foe being Sigur Ros collaborators) the duo realised a very particular work with an elegance and style which are actually very rare to find into the so-defined indie scene. It’s what I would like to define a melhancolic and experimental episode of folk music, partially inspired to the British sixties folk scene and inevitably completely immersed into the atmospheres of the Iceland’s beautiful and amazing, breathless landscapes. The two musicians themselves admitted effectively that the album was full of what are actually the flavours of the magician of that island, an occasion in what they defined as a ‘cathartic party’ to renew their partnership and even rediscover themselves making a parallelism between them and the different realities of this new place they were joining their ventures. To tell the truth their sound it’s actually very similar in my opinion to the best moments (which actually looks light years far from now) of Bon Iver aka Justin Vernon (‘Silence In Between’, ‘Knife’, ‘Bask’…). In practice I’m talking about his first album, which on the other hand was realised into a similar context and with similar proposals, despite in that case the process was mainly individual. At the difference that this time in which there’s at the same time a willing to act individually, a process of redefinition of the proper personality, but on the other hand also the research of a warm contact with the others and with new faces and possibly new friends so that you could actually call ‘home’ the place you got in search of refugee. A certain guitarism typical of the West Afica introduces in some occasions (‘The Harbour’, ‘Learn Something’) the evocative acoustic indie folk of the duo, sometimes evocating what appear to be ghosts, making you feel like a breeze behind your back and with musical references to the atmospheres from ‘Transea’ by Neil Young (‘Punch Drunk Sober’), the mitteleuropean most melodic and evocative episodes of the Kratwerk, (‘Sun Gun’), the post-nuclear country of Johnny Cash and the U2 of ‘Under The Ice’ and the ethernal sensibility of Elliott Smith (‘Play The Part’). An episode of intimist duo songwriting with poweful vocal harmonies and great melodic sense, a beauty episode of folk pop music and catchy melhancolic and at the same time warm songs that made possibly this one of the best episode into its genre of the year 2016.