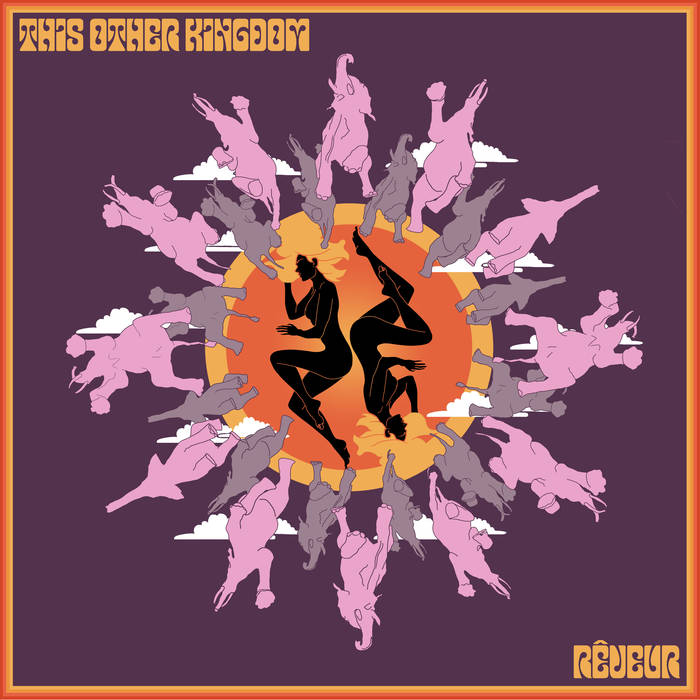 They are notes of a still guitar, evocative music of rites, the fingers barely move on the handle, keyboards that creep obsessive, the crashing of cymbals, and the lost voice of the Cosmic Couriers l. It is just the first song, named “Common Colors // Common Sounds”, which opens the new album of the Dublin outfit This Other Kingdom with heavy intake of transcendence, traveling out of the body caused by the hypnotic induction of sound waves. Beauty icy which rises on earthly miseries.
The following “Do Eye Eye” continues the psychedelic exploration, but changing its shape in more earthly guise. The voice is deliberately monotonous, the rhythms accelerate enough to walk the paths that were already knew by the Mancunian Inspiral Carpets, great masters of psych delights also accessible by more convinced ravers.
“Comatosed” is a majestic psychedelic sound with reminiscences of Echo & The Bunnymen, but shines its light with catchy harmonies and has an up development of pleasantly eccentric time.
This Other Kingdom had achieved in 2013 an interesting EP entitled “Sunlight” that ended the three psych dudes in the spotlight preluding the release of their debut LP “Telescopic”. Anyway, with this album they provide a test far more mature, a project that takes on new and more vivid colors, a greater awareness and personalities in contaminating their aesthetic solutions with the typical drones of Sufi and, basically, of North Africa culture.
“Chemikle” is paradigmatic in this sense, with its mellow mystical pace, suspended between the vague Doors perfumes and Syd Barrett-esque insights, drumming slender, soft drones, guitar fascinating confined in small spaces affects the heart and gladden the mental journey.
The neo psych trio dominates naturally the sonic matter achieving similar psychotropic effects, hallucinogens debris floating in front of open doors encouraging the cross borders.
Del Kerton (vocals, Keys), Declan Dunne (guitar, vocals) and Git Sweeney (drums) are creatures of power within a timeless existential state and made a modern psychedelic record that grows with listening and will thrill all the modern psych headz.