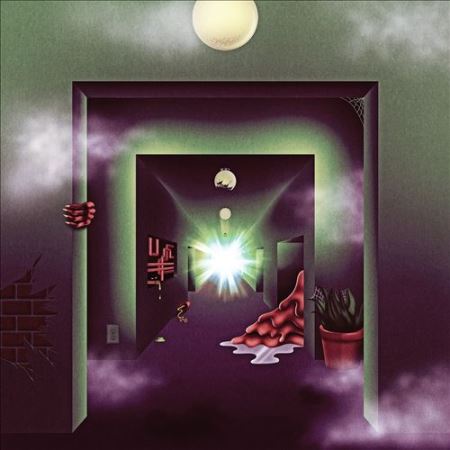 Could a so much prolific band continue, release after release, to do great albums? If you listen to the last one by Thee Oh Sees, ‘A Weird Exits’ (Castle Face Records), the answer it’s easy to tell: ‘Yes! Why not.’
Why not. A year later ‘Mutilator Defeated at Last’ and just a month later than the ‘Live in San Francisco’, recorded in three days of the July 2015, the band captained by leader/guitarist John Dwyer is out with this new and powerful record, a release that of course it’s going to be among the greatest of the year for who is into garage and neo-psychedelic rock music. 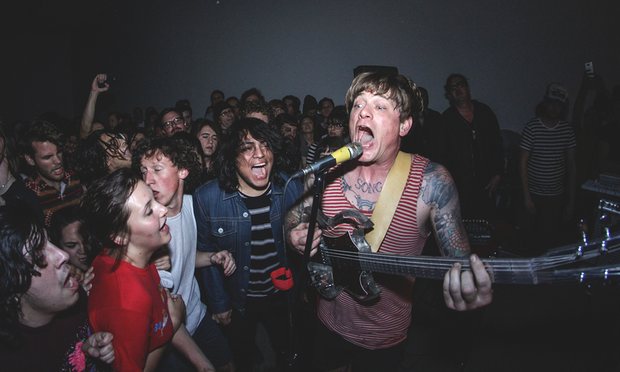 Along with bassist Tim Helmann and dual drummers Ryan Moutinho and Dan Rincon, Dwyer realised another important chapter into the history of the band and into the history of garage and psychedelic rock music in the city of San Francisco. ‘A Weird Exits’ is an album you could possibly define and try to catalogue into different kind of genres. But because of its instintive attitude, it has got many contents and despite this – or possibly because of this reason – it pretends to not be catalogated in any possible way. He just pretends to be listened and possibly to entertain you and to make you dance harmoniously or not; the most important thing is to dance, because what it really pretends this album it is just to make you release all your energy. That’s what – exactly the same – John Dwyer and the other guys do when they play their music when they’re on stage.On the other hand, how do you pretend to define them and their music? Do they inspire themselves to the Velvet Underground and the most acid and psychedelic episodes of the band composed by Lou Reed, Sterling Morrison, John Cale etc. (‘Crawl out from the Fall Out’)? A song like ‘The Axis’ collocate they into the neo-psychedelic scene and to the one that especially looks to sonorities that were typical in the sixties. Are they possibly the new Iggy and the Stooges? The garage attitude of songs as ‘Ticklish Warrior’ and ‘Gelatinous Cube’ have got the style and the violence that were parts of the garage and later punk music. ‘Jammed Entrance’ and ‘Dead Man’s Gun’, the opening track, collocate them into the nowadays garage scene along with musician as Ty Segall or Mikal Cronin, White Fence. They’ve got the same ‘animal instinct’ and what I find marvellous it is that all these guys do not pretend to do what could be considered in the years as a masterpiece. They just pretend to be themselves now in the present moment and so they are and this is just amazing. 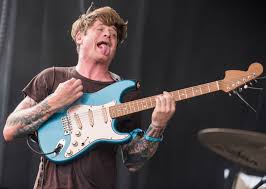 Have Thee Oh Sees never innovated their sound? I don’t know and I don’t really care. My opinion it is that they are renewing themselves step by step. And what in the end if listening to ‘Gelatinous Cube’ I also say that I see connections between this band and a so relevant and never so much celebrated and mentioned, the almost ignored and underestimated Michael Yonkers, another one who every his release was just entertainment and the product of his thinking and musical attitudes. That’s all we care about.

You can also read this review at machchapuchchare.blogspot.it/