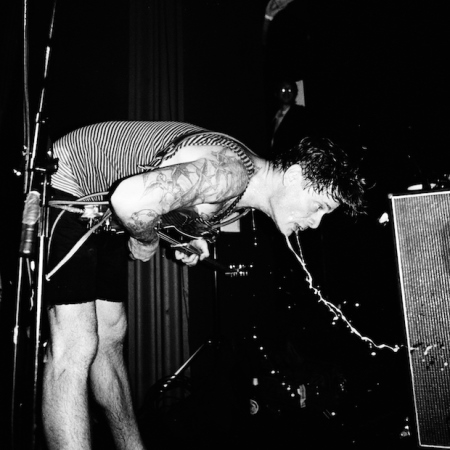 Recorded in a three night at San Francisco’s The Chapel  out via Castle Face, the label run by Thee Oh Sees’ frontman John Dwyer, this live album (‘Live In San Francisco’) it is the next episode of a serie which previosly installments include records by Ty Segall Band, Fuzz, Destruction Unit, White Fence and more.

This ‘Live In San Francisco’ was actually recorded last July (15-17) during the tour the band made last year in occasion of the release of the record ‘Mutilator Defeated at Last’ which was actually acclaimed as one of the best rock garage music album of the year 2015. It comes out in a double LP version and with also a DVD of the performances filmed by Brian Lee Hughes, so that it could be a really great occasion for every fun of this band to see them performing live. If you ever didn’t since now. 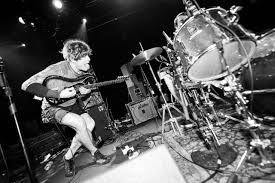 Why? The answer is easy to give. This is because I really think there’re few band around who really means a lot in their live performances as Thee Oh Sees. The garage rock band founded by John Dwyer in the 1997 it is nowaday surely one of the biggest reality of the USA Underground acid psychedelia movement. Notable for being a very much prolific band (their next album, ‘A Weird Exits’, it is coming out in a couple of months), Thee Oh Sees are a band which actually offers their best into the live dimension. Don’t want to make an hard comparison, because in making this I’m going to tell about an album I consider a ‘masterpiece’ of the garage rock music, but if this album it wouldn’t in the end become a myth as ‘Metallic K.O.’ (recorded live at the Michigan Palace in Detroit on February 9, 1974) by Iggy and The Stooges actually is, we should in any case consider that the proposal it is exactly the same. They, the Thee Oh Sees just try to keep you into the right atmosphere and to get the listeners – with the violence of their sound – into the dimension of their live shows. From a great version of ‘I Come From the Mountain’ to the rumorist fiftheen minutes of ‘Contraption’, the acidity of the bluesy ‘Sticky Hulks’ and ‘Tidal Wave’ and the innerly violence of ‘Tunnel Time’ and ‘Man in a Suitcase’, I finally consider that they surely reach in their proposal.

We’re there, right now, just keep attention in not crashing your house while you’re listening to it.