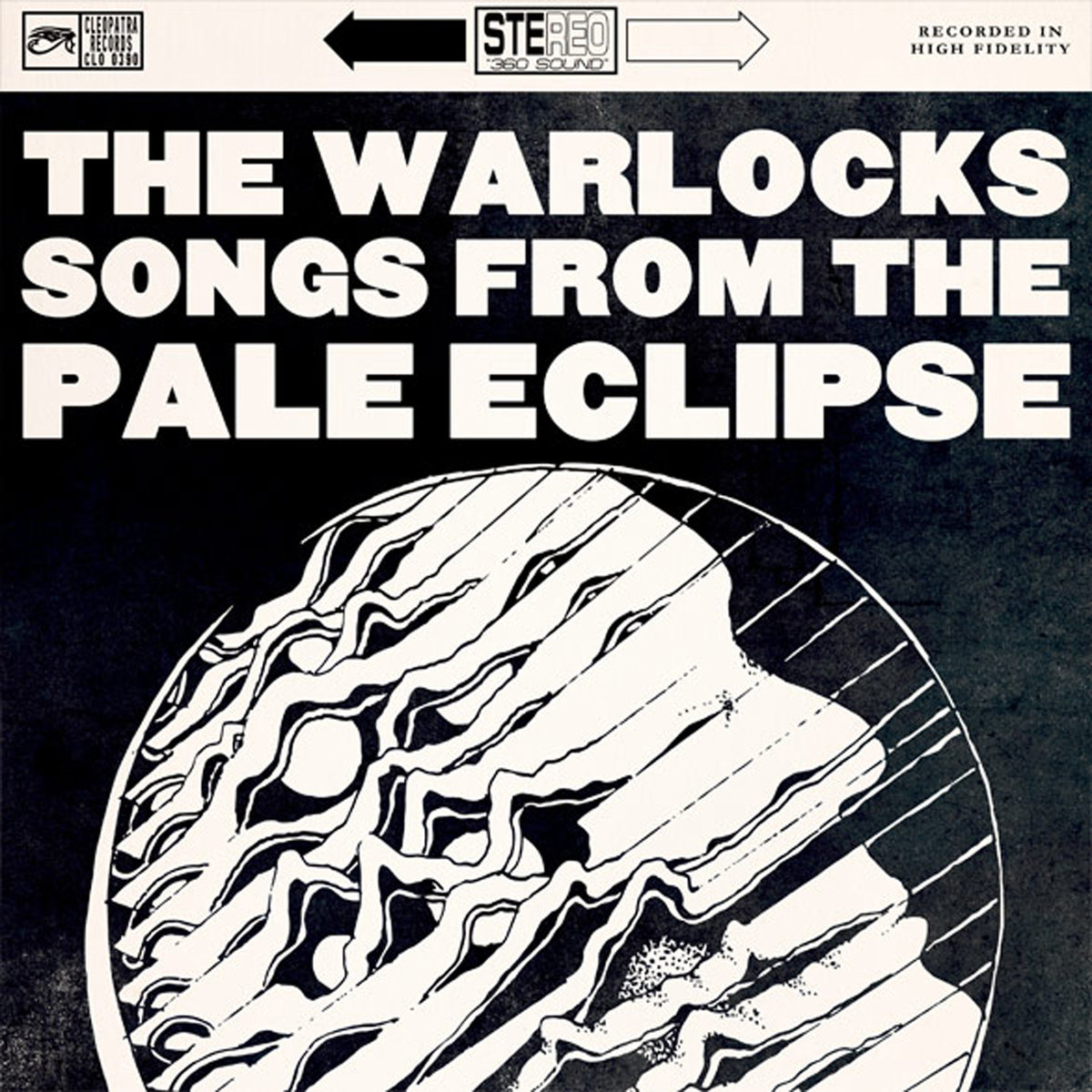 Because The Warlocks are actually one of my most favourite bands, I will talk about them exactly as I would like to talk about one of my most favourite bands. On the other hand, to say it all, how could it be different. Believe me guys, there’s actually no band around, and possibly there was never been in the past, aa group so much powerful and significative into neo-psychedelia and drone music and at the same time so able to create good melodic harmonies and involving and tripping jam sessions of acid and lysergic sonorities.

What’s actually strange, it is that there’re still around people who don’t know them. Also considering the fact that from the 1998, the year guitarist and singer Bobby Hecksher formed the band in Los Angeles, California, they have recorded six (now seven) records, two or three absolutely masterpieces (‘Phoenix’, ‘Rise and Fall’, ‘Heavy Deavy Skull Lover’…) and in practice toured all around the world, finally becoming one of the most idolatred bands into neo-psychedelia and also becoming a point of reference for other bands that later emerged in the scene.

Along the years Bobby Hecksher (former Brian Jonestown Massacre’s guitarist) has been the only permanent member. Around him, through the years, he involved several good musicians and created a sound basically founded on the power and the deepful drone sonoroties of the electric guitars. Less influenced by sixties psychedelia respect to his old mate Anton Newcombe, Hecksher really created with The Warlocks a new kind of sound where ‘White Light/White Heat’ meets the space sonorities and the heavy garage attitude and the spacy dimension of the Spacemen 3. The results it’s what I want to define as deep wall of sound, an hypnotic and vibrating palisade of drone sonorities. 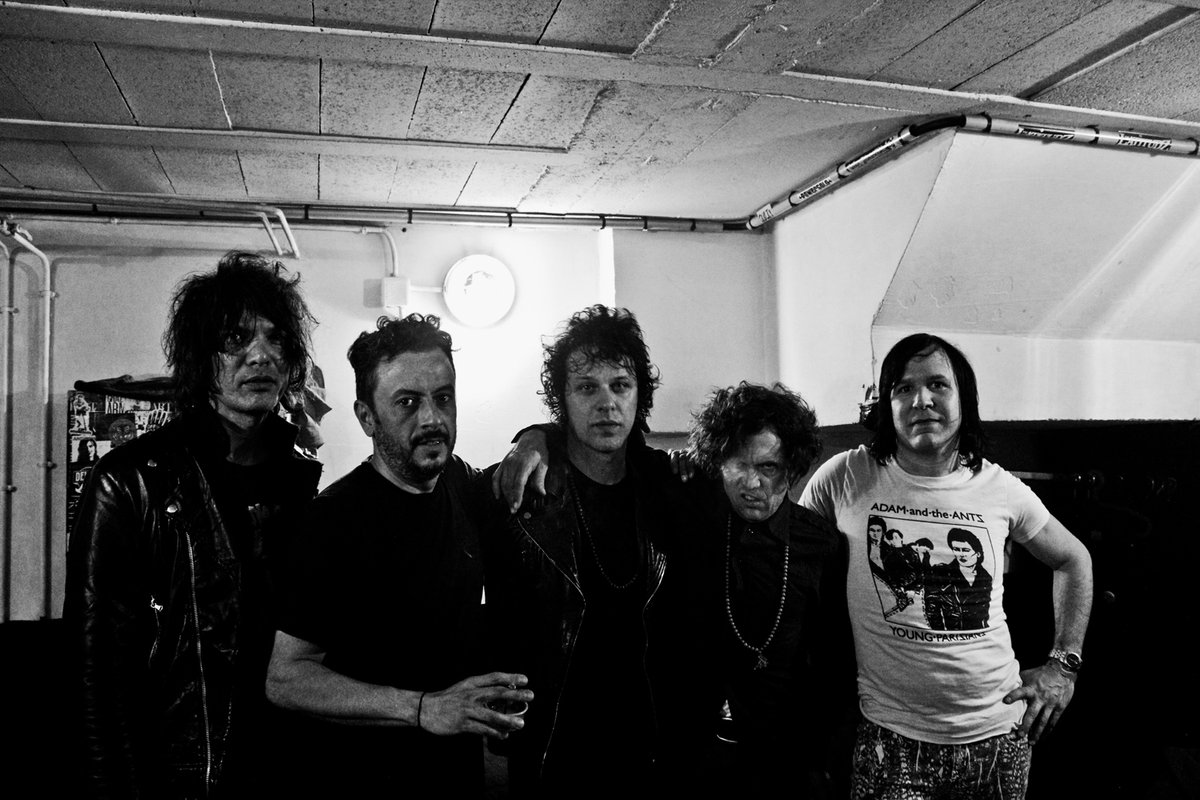 ‘Songs From the Pale Eclipse’ was out last September via Cleopatra Records. The seventh studio album by The Warlocks, it’s probably in a certain sense the darkest and most introspective work of the band. The album appears permeated by a certain pessimism or far than this, a true sense of nichilism. This is evident immediately reading the titles of the songs, ‘Lonesome Bulldog’, ‘Easy to Forget’, ‘Dance Alone’, ‘Love Is a Disease’, ‘Drinking Song’, ‘The Arp Made Me Cry’, and remarked obviously (going on listening to the album) by the lyricism of Bobby Hecksher, expressing a common sense of solitude and abandon through all the the duration of the album.

Since from the opening track, the thrilling and vibrating, ‘Only You’, we face this sort of ‘eclipse’ narrated into the contents of the album. It could be easy to say that the album talks about a love story or something similar, but in my opinion there’re more intense contents into the album, that if it shows a certain nichilism, it’s also true that it appears like a process of recognition and identification of himself passing in the between of this phase defined a ‘Pale Eclipse’.

‘Lonesome Bulldog’ it’s a ballad accompained by a riff typical of Bobby Hecksher and derivated from the big lesson of The Brian Jonestown Massacre. With ‘Easy To Forget’ the band starts to took up that typical palisades of sound that made them famous. The singing of Hecksher it’s always pessimistic, like he was lamenting, and the guitar started with a cosmic vibrato solo. ‘Dance Alone’ it’s a ballad played with that effect of guitar I’m used to define as ‘squelch’ sound. 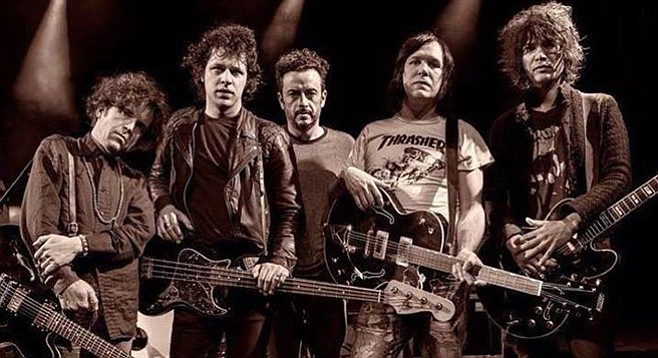 ‘Drinking Song’ it’s in practice ‘Space Oddity’. The chords are the same and probably also the contents of the song in a metaphorical sense. An homage to the old Bowie by Bobby Hecksher and that also recalls another time to The Brian Jonestown Massacre that alsp payed homage to the thin white duke in the song Anton Newcombe wrote in 1996, ‘(David Bowie I Love You) Since I Was Six’. The main difference between is that while in the song written by David Bowie, Major Tom is coming back to the Earth to be received as an hero, in ‘Drinking Song’, Bobby is possibly coming back after he got drunk. I would like to mention episodes of beatnik literatures and authors like Bukowski, Kerouac, Burroughs. In any case if we would like to talk about a ‘Pale Eclipse’ as an intermediate process to a phase to an other, this passage it has got inevitably to also be controversial and some way rude. On the other hand, the same sonorities for example are reprised into the last song, ‘The Arp Made Me Cry’, that concludes the album with an inevitable sense of malinchony and at the same time of quiet. But please, make no parallelism with, ‘Berlin’, by Lou Reed. 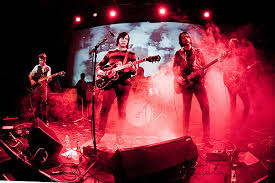 The sound and the contents of this album in fact are always concrete, no fake or middle-european melodramas. We are talking of rock and roll, babies, and especially of true garage psychedelic-rock.  ‘We Took All the Acid’, ‘Love is the Disease’, Special Today’ and especially ‘I Warned You’ have got aggressive tones. These are songs in which you could really recognize the true attitudes of the band. The last one I mentioned, with the typical sound of the harmonica, a costant for this band, it’s inevitably a masterpiece. Another great episode into neo-psychedelia and generally speaking for the contemporary rock and roll music.

Because I’m ignorant, recently in fact a famous indie revivalist musician with big eye-glasses and wearing suspenders told about me that I actually write ‘hilarious Rorschach, like most’, I didn’t know that ‘The Warlocks’ it was actually the same name initially adopted by two seminal band of the sixties as The Velvet Underound and The Grateful Dead. But fortunately on the other hand I’ve got good teachers (that sometimes they are also good friends), so now I know it and it is my convinction that far to be a pretentious choice, the fact Bobby Hecksher adopted this name (probably as an homage, who knows) perfectly collides with the conclusion that this band really picked up the heritages of these two great band becoming at the same time so influential nowaday almost like they was at the time. ‘bout me, I guess I will continue to write ‘hilarious Rorschach’. Why not? I mean, psychological tests aren’t so different from psychedelic music. They’re both about emotional functioning and detecting disorders and we, everyone of us, are ‘patients’. So, it seems everyone of us are devoted to Freudian psychiatrist and psychoanalyst Hermann Rorschach, the father of ‘psychodiagnostik’ and, despite he himself never suspected of this, of psychedelic music and culture.