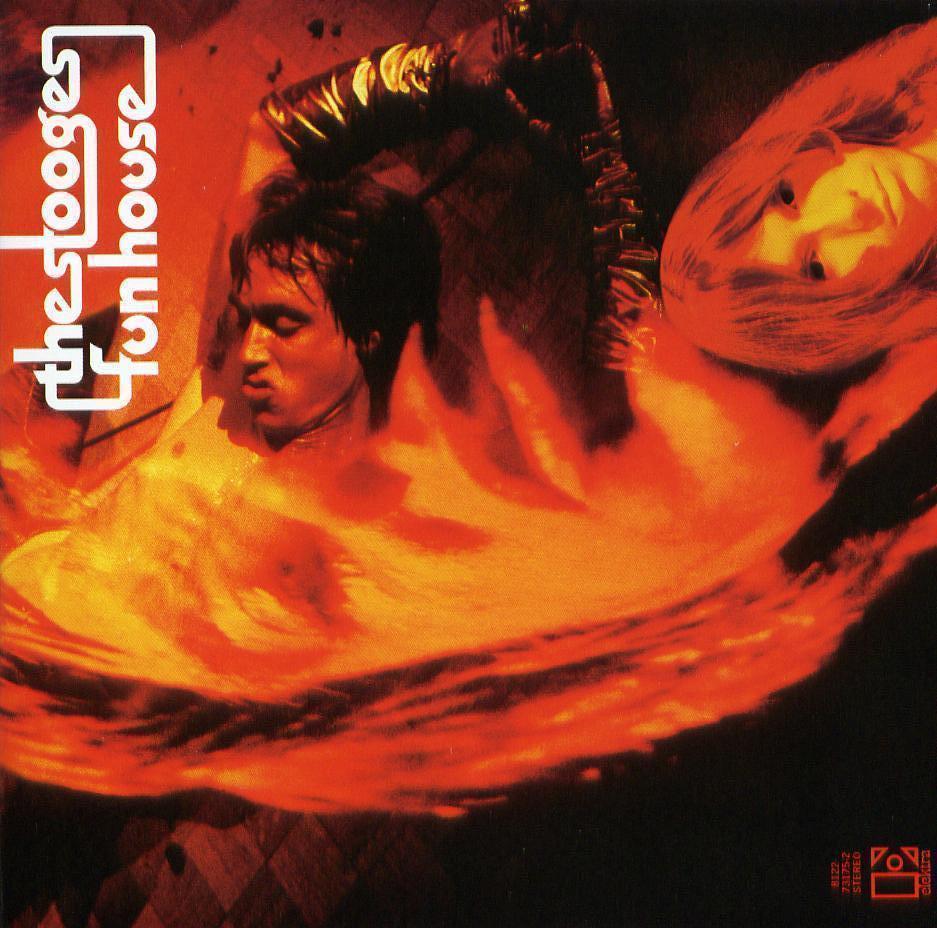 With Fun House, The Stooges created the perfect rock album. Writing songs around Ron Asheton’s amazing riffs, The Stooges assembled the live set that would become Fun House. Balancing their love of John Cage, Sun Ra, John Coltrane and Harry Partch with dumb rock, they fine tuned their performances with military precision. Appropriately, the label assigned Don Galluci, organist on The Kingsmen’s “Louie Louie” to attempt to get the live sound on tape.

At first he didn’t think it could be done. But he stripped the L.A. studio of its carpet and drapes, hotwired Iggy’s vocals live, and let rip a song a day, in the order they’d appear on the album. It’s fascinating to hear some of the early mixes on disc two. Despite being on various substances, the band was incredibly focused. It’s amazing to hear how they went from the rough takes to the perfect cuts used on the album within a single day.

The predatory bass-and-drums riff of ‘Down On The Street’ gives the impression of a coiled panther ready to pounce, while ‘Loose’ breaks the damn and lets the floods roar, reaching its first peak in the maelstrom that is ‘T.V. Eye,’ which is much more successful at an orgiastic money shot than ‘Whole Lotta Love.’ ‘Dirt’ slows down to roll about in gutter poetry, and damn if it isn’t sensual. ‘1970,’ a classic covered by the likes of The Damned and Mission of Burma, brings the energy level back to mayhem, while ‘Fun House’ is the aqueous portal to the album’s heart of darkness.

It’s an even more hedonistic ‘Sister Ray,’ pretzel-knotted with ecstatic jazz and primal screams. ‘L.A. Blues’ takes it to even further, ridiculous extremes. Which is what great rock ‘n’ roll should do ‘ push beyond the comfort level, astound with its audacity and insanity, leaving you exhausted and purged.