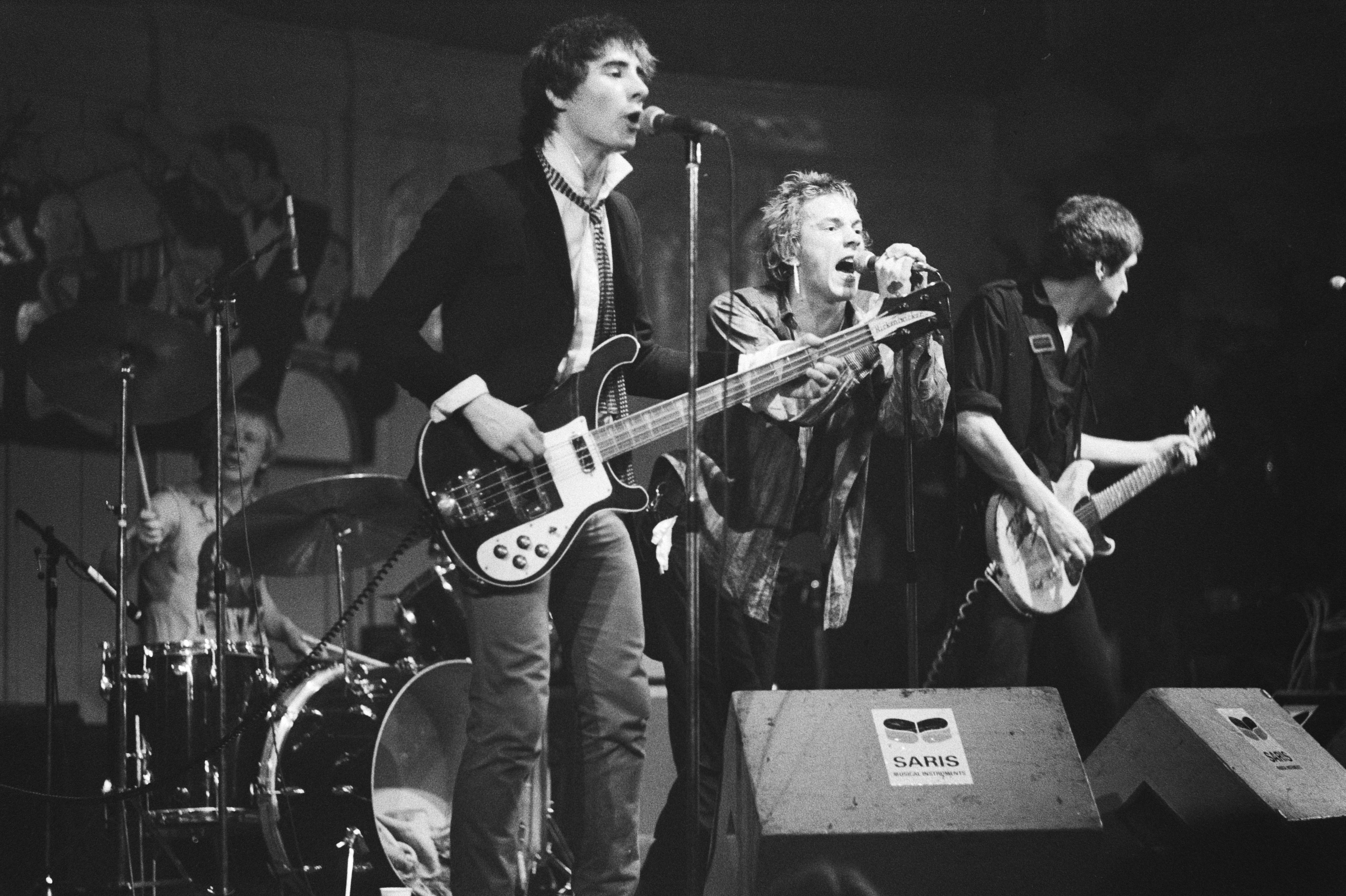 Whoever takes in an instrument for the first time finds it easier to play it as fast and distorted as possible. It takes skill to play the blues or Bach, but to make some noise at breakneck speeds, you  know? You got many chances. Emotional support guaranteed. The Ramones started from interesting insights that have developed in a brilliant way. Was it Punk? Precursors of Punk? Losers led by the Beach Boys with fingers that couldn’t play a guitar solo? Certainly a lot of so-called Punks purports to have seen them at their very first gig at the Rainbow while in New York anyone didn’t know them. But with those Rocker jackets and long hair to laugh, maybe they could do well in taking a fight with the Mods in Brighton or in the sheds along the highway. Pre-Punk bands? To die laughling. The pre-Punk groups do not exist. The pre-Punk groups are Yes, Genesis, EL & P and that crap Pub Rock which consisted of karaoke musicians forced to only play cover versions of songs that the people in the pub would listen to between a pint and the other, which, however, got the merit of having brought the audience in the small rooms. 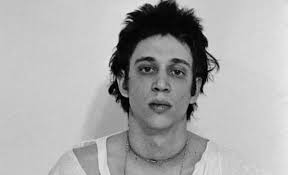 We live for decades with a never dormant and sterile controversy over who invented the punk. U.K. or U.S.A.? What a dilemma! At some point between the bands of that thing that Sounds, Melody Maker and New Musical Express began to call, for comfort and convenience, Punks, was cool to the state have been influenced by New York Dolls, Stooges and MC5, but their records were of difficult availability in UK. McLaren had just returned from New York, madly in love with Richard Hell, and he had hung posters of Television and Voidoids at Sex Shop. Have they influenced the British? Richard Hell was sporting the same Ėjzenštejn hairstyle and Johnny Rotten, in his adolescent Pickwick Papers Universe in Finsbury Park, would probably come alone to the shabby look. Certainly colored hair, the hinges, the denim, the speed, the pins are all his stuff.

The Sex Pistols were supposed to be like trained monkeys managed by Malcolm, just some degenerated and foul-mouthed Bay City Rollers, interested in the chaos rather than the music, but with the arrival of Rotten the creature has life of its own. When Johnny Rotten took the microphone opened the Universe. The Pistols began to be and do that thing there. Simply, they changed the world, so much so that even today everybody dresses like them and wear their hair like the boys of ’77. But if you think about Richard Hell he had come to CBGB’s dolled up as one of 40 years before? Would he have done the same massacre of hearts?

McLaren has been, essentially, screwed from art. He wanted a group with which creating social upheaval and found the Sex Pistols, the band that changed the world!

Then, Neon Boys and Television are unreachable groups, but their divine music has much more to do with the poetry and the Velvet Underground influences than creating a new musical grammar.

The Rock, as long as it has existed, it has stood out for its capacity for renewal, his rail against the status quo of the previous generation. Here then is that if it were not for Prog, Hippies and hard drugs, that thing of the Pistols would probably not emerged and perhaps even existed.
The music of the Pistols was pure attitude, irrepressible and frightening energy supported by a rough  and uncertain musical technique. Absurd to think that the US could rebuild the sound, because they would not have the technical capabilities to imitate him. Steve Jones could never sound like Wayne Kramer and Fred “Sonic” Smith and, in fact, their versions of No Fun and Roadrunner are among the ugliest things never recorded on disc. What they thought about  the New York Dolls is evident in the song New York, with Rotten singing “…Kiss this” pissing Looking For A Kiss.

Clearly Malcolm has done a tremendous job and its innovative marketing techniques should be studied in all faculties of economics. The Sex Pistols had also a public, a number of teenagers unhappy and ready, locked in their bedrooms to wonder why they were so different from their peers, boys surrounded by conformism, tea ceremonies, fox hunting, Ascott … The Queen … The ‘”winter of discontent” of that moment in history allowed the four to sprout in all schools of art first and then in the rest of the country. The Ramones and the Stooges were virtually unknown in the U.S.A. 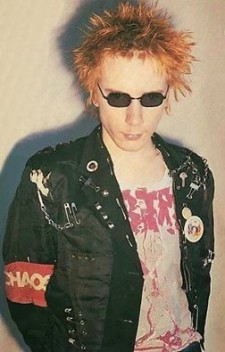 Rotten is a genius. He was chosen as the singer  before  hearing him singing, only for his personality and the way he dress. His clothes were copied and resold by Sex. When he was called upon to interpret the film “Copkiller”, in a nearly unanimous opinion of film criticism, he has eaten Harvey Keitell. He, the other co-star. Sex dressing the Pistols who were the coolest of all, because the young Vivienne Westwood sparks, she was simply playing the insights of Rotten, adapted to cheap Situationism and suggestions from the other philosopher, Bernie Rhodes.
They have become standard bearers of a generation that dozing in those days, probably thanks to them, was beginning to become aware. The impact has been devastating, but that thing, Punk, was only Sex Pistols. Then all the other bands have appended, but has not been generational change, a before and an after. He did call himself the Antichrist and was found to divide the ages in before and after the Sex Pistols, that irony.
From the musical point of view the structure of the Pistols song is different from most of the previous musical expressions which you try to attribute authorship. Choirs and choruses are structured in such a way to remember the Mod experience rather than those Michigan sonic hurricanes or the New York verb. 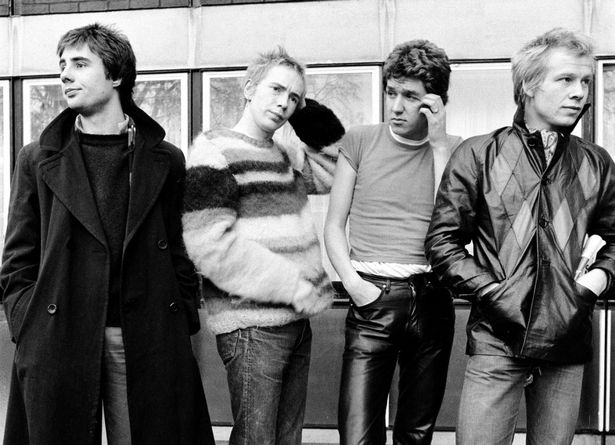 The earliest Pistols were, essentially, a Mod band, with Steve Jones practicing riffs of Pete Townshend. Julian Temple recounted his first meeting with the band. He was walking by the parties of the docks in the period when he attended the last year of film school. At one point he heard an infernal noise coming from one of the sheds. They seemed to be killing what might seem like a song by Small Faces, but it was not clear so the sound was atrocious. He came in and saw four boys, all with short hair and cigarette pants. He was incredulous. In his life he had never seen a young man who was not wearing long hair and wore bell-bottom pants and see four others, all together, it was crazy. Then, mohair sweaters and yellow and black jackets. He asked them if they wanted to write the music for his year-end short movie and then Johnny Rotten squinted and with his characteristic youth grin replied: “Fuck you, middle class count“.
Of this movement, social and cultural, are only the Sex Pistols, the rest is nothing. An art installation that could not have lasted, without contradiction of terms, than the first album. A second LP was the denial of the initial assumptions. Consciously or unconsciously this was.