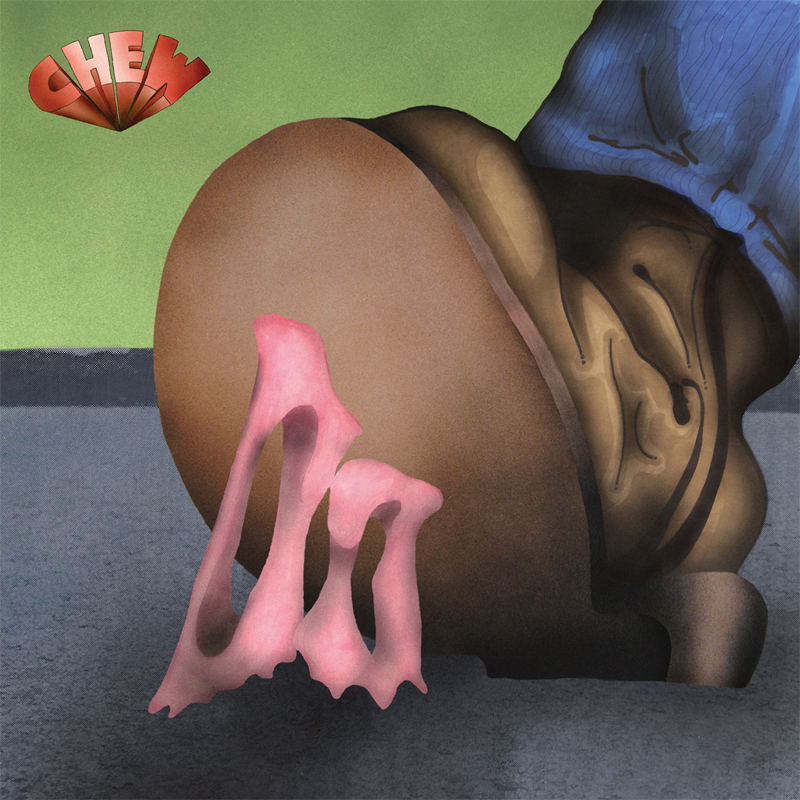 The Paperhead simply figured out in recording and releasing one of the most pop fresh and freaky psychedelia album out these years. Out today, February 17, 2017, the new album by this psychedelic pop group out from Nashville, Tennessee, it’s frankly to me one of the most surprising musical event of this beginning of the 2017 because of its quality and the beautiful easy-listening kaleidoscopic characterisation of its songs. Of course I appreciated yet this group, I saw also them performing two or three times and always had good vibrations. Influenced by the psychedelic pop sound of the sixties (‘The Paperhead’ is actually a name taken from a line in Sixties psychedelic group July’s song ‘My Clown), the band formed in 2009 by Ryan Jennings (guitars, vocals), Peter Stringer-Eye (bass guitars, vocals) and Walker Mimms (drums, vocals) it’s of course one of the most notorious among the severals which nowday reprise with success and good style that kind of sonorities and of aestethical. Their devotion to Syd Barrett and the early Floyds was on the other hand evident on their previous works from ‘Focus In On… The Looking Glass (2010) to their s/t LP (2011) to the last ‘Africa Avenue’ out on 2014. But what they actually did with ‘Chew’ (Trouble In Mind Records) it’s something which actually go farther than realaborating sixties psychedelia sounds and show the incredible pop genius of this ensemble. The Paperhead in fact properly demonstrate now that they actually own the heritage from that period like it was something part now of their dna, so that they are able now to in practice make something which sounds very actual and in a style which it’s a manifesto of their peculiar identity. At the point that, without wanting to exceed into spreading enthusiastic comments, I really doubt about the fact you’re eventually going to listening to something better into the genre into the next period. The trio it’s actually umpredictable in taking their decisions into the composition of every single songs. Moving from the sixties re-called psychedelia of Syd Barrett and of the early Pink Floyd, since from the first track, ‘The True Poet’, they in practice cheat at cards, introducing into a sixties pop psychedelia song a refrain with an heavy usage of vintage organ in the style of The Kinks, sound of trumpets and what I want to define as a ‘break’ apparently taken out from an old record by Sam & Dave. Not so technical skilled as Frank Zappa and without wanting to be so cerebral-minded, The Paperhead are kaleidoscopic and experimental at the same time, the psychedelia proposed takes out and renews elements out from the nineties experience of a fundamental garage indie alternative rock band like the Pavement of Stephen Malkmus into ‘Pig’, characterised by banjo riffs and a reproposition into a modern key of ‘The Fantastic Expedition of Dillard & Clark’, and the instrumentalist closing track ‘Chew’. Sixties Kinks’ and Beatles’s reminiscences are evident into songs like ‘Dama De Lavanda’, a pop psychedelic song which anticipated the exit of the album; Lennon and McCartney’s fascinations were spreaded by songs like the Sgt. Pepper’s ‘Brother Sister’, the piano ballad ‘War’s At You’ and the ambitious ‘Little Lou’, a come out attempt to mix the Beatles sonorities with ghostly and freaky arrangments and a relevant proof of the abilities of the trio. But the band is also able to take out from that heritage moments which are not necessearly so popular and used to be emulated by the young generation of neo-psychedelic groups. I yet mentioned about some references to Dillard & Clark into ‘Pig’, something evident also into ‘Porter’s Fiddle’, a country folk psychedelic set which seemed to be the nowaday future of ‘A Gift From Euphoria’ by Euphoria of Hamilton Wesley Watt jr. and William D. Lincoln. Beach Boys and even more the soul of Dino Valente on the other hand it’s the one which accompanies the romantic ballad of ‘Over and Over’. The most relevant thing definitely it’s the ability to concern pop-psychedelia as something acid and framed, the same way than an art of Pablo Picasso, a scheme adopted in the nineties by the most relevant episodes of the incredible experience of the Elephant Six and bands like Olivia Tremor Control of the beloved Bill Doss, Circulatory System, The Ladybug Transistor, Chocolate USA, The Apples In Stereo of Robert Schneider. ‘Emotion (Pheromones)’, ‘Love You To Death’, ‘Fairy Tales’, ‘Duly’ are all songs which are not a reproposition of those sonorities, but possibly their continuation. The work made by The Paperhead it’s so not a reject of the past and of their previous releases, neither it’s a simple homage to early episodes of psychedelia and nineties fascionations. They in practice definitely increase the genre. They did what Jesus intended when he said he was coming to add and not to remove.
Rating: 9/10
Emiliano D’Aniello
http://machchapuchchare.blogspot.it/
Order via Trouble In Mind Records
Post Views: 836
Precedente The Courtneys – The Courtneys II (Flying Nun Records, February 17th, 2017) Successivo Ulan Bator - Stereolith (Tapete Songs, February 24th, 2017)