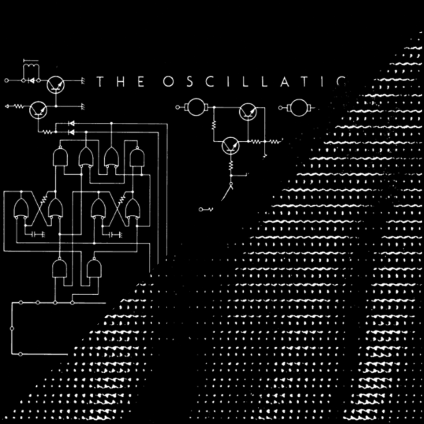 New exciting chapter for the “Split Single” series of Fuzz Club Records, which comes at no. 9 with another 10 ” format, investing us  with a tornado of wild and free sounds, caused by the talented London-based Oscillatons and the hypnotic, almost shrouded in mystical primitive fury and mantras drifts , 10,000 Russos, from Portugal.
The Oscillation start with their “Almost See” and soon it is an incredible bassline gaping and full of reverb, the flavors of fuzz guitars, heavy psych drifting. The strings seem to play hide and seek with the pedals, the head moves gently to follow the circular rhythm that appears and disappears, the centrifugal force is alternated with the centripetal, takes the stomach and makes a prisoner’s head. At the end, the wall of sound takes over the bassline, but only for a moment, because as soon the keyboards make everything quiet, the noise is absorbed by the atmosphere and the sounds are pretty similar to the musique concrete that escapes in the final fade.
10,000 Russo have a soul of sublime Krautrock that deconstructs the drones of the psychedelic meteorites. They seem to condense the atmosphere, almost sucking it inside the amplifiers putting it out in heavy psych dresses.
“Ashkenasi” are 6.5 minutes of lashes, it sounds like the missiles that rotate inside the head. Endless drone that feeds the overlapping of daring notes, drafts of space rock, interstellar raga, Metal Machine Music flavors. Irresistible music, minimalist fuzz, dull percussion, almost ritual, otherworldly guitars, which emerge in the quicksand of extreme fuzz with control.
It is a 10 “amazing, that surprised and impressed me. Both tracks have interesting harmonic solutions, almost innovative, daring, with grooves that do not leave indifferent, blasting guitars, essential drums, almost as a counterpoint. It seems that both bands have concentrated all the energy and passion needed for an LP in one piece, with dramatic results.