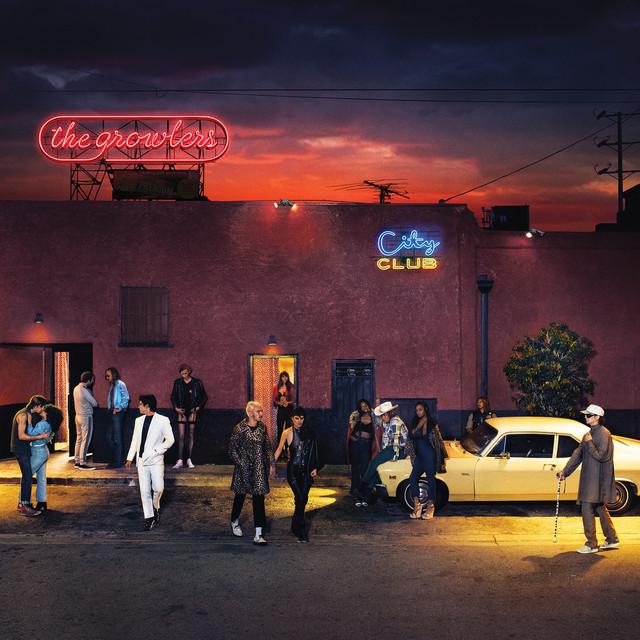 People actually don’t give a fuck. I mean. I’m actually never been a great fun of The Strokes, despite the fact their role in the renewment of the US and UK indipendent and alternative music because of the incredible success of their two first albums. Without considering the fact that they’re actually still now really influential and a lot of acclaimed bands sound pratically in a way identically not only to for example to, ‘This Is It’, but also to what were actually their several successive releases that I wouldn’t absolutely consider as ‘unforgettable’, if not in practice very disturbing because of their pretentious to be too much catchy and in a way I have necesseary to define too frivoulous. But, despite this, why consider this new album by the garage band from Dana Point, California, The Growlers has something that sounds necesseary bad because the production of Julian Casablancas. I mean, is he a good artist, a genius or just a motherfucker? My opinion, definitely, it’s that he is a relevant figure into the US music and one who knows how a band have to sound if they want to be catchy, kitsch and try to get much more audience. The Growlers on the other hand are a band that who is into US alternative music and neo-psychedelia know really well because before this one, they released yet other four album with the last in particular (‘Chinese Fountain’) that, a combination of garage and psychedelic surf rock, obtained also some good feedbacks and reviews from critics. ‘City Club’, out via an important label as Cult Records, last September, to be honest really sounds like it was an album of the early Strokes. It’s, generally speaking, the last work of the band captained by the eccentric figure of Brooks Nielsen (who, along with Matt Taylor, wrote all the songs contained in the album), what we could define as a typical album expression of what’s actually the true NYC style and sound. Glamourous and glittering at the same time, ‘City Club’ contains episodes of typical sexy garage New York City pop music like the album-title song, which anticipated the exit of the album with ‘I’ll Be Around’, an episode of drum and bass garage sound, with a pop refrain and a groovy funky sound, which sometimes pretends to be multiethnic in a way that could fairly make you thing to the idealism of Garland Jeffreys. In the complex, if we exclude some episodes like ‘Vacant Lot’ with a very inconsistent sound of the synths or – for the same reason – ‘The Daisy Chain’, the unuseful attempt to be some way exotic of ‘World Ungluend’, we are talking of a good indie and alternative rock album. ‘Night Ride’, ‘Rubber & Bone’ sound very groovy and and easy-listening; ‘Neverending Line’ it’s the most rock episode of the album and sounds very powerful; ‘When You Are Made’ and ‘Blood of a Mutt’, are two suburban ballads, failed attempts of Brooks Nielsen to sound like he was the new Paul Westerberg, but not for this reason two songs I would define in a bad way. I dig them, the dark atmospheres they keep you into, they work. This album it’s not one of the best episode of this year, definitely, but if you want to criticize it because of Julian Casablancas of because The Growlers tried to do something different from what they actually did before, you’re definitely talking rubbish. I’m sure many listeners passionated to every possible genres, would appreciate it.