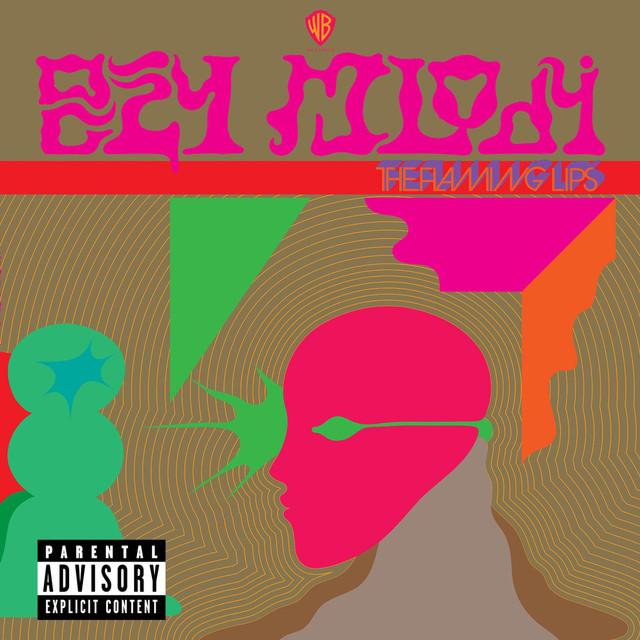 Before you everyone were possibly going to say I was eventually partial into reviewing this album and writing about this band, let me say (I’m sincere) I’ve possibly not seen in my whole life anything so spectular as a live performance by Wayne Coyne, Michael Ivins and the other guys.

In substance I’m saying that I recognise at all they’ve got a plenty of incredible and kaleidoscope ideas: these guys for example, definitely, really know how to organise a party.

And if you want to get to a real good fucking party, no way, you must once in your lifetime have the experience to see them performing live.

In the last years, they organised amazing true happenings, for example performing live ‘War Pigs’ by Black Sabbath like they were making a sound-check at Bonnaroo Music Festival in Manchester, Tennessee…

On 2011 they had a release for every month of the year and one of them, ‘Gummy Song Skull’, was in practice a limited EP release contained on a USB keydrive placed inside a brain-shaped gummy which was further encased in a gummy skull; a ‘Gummy Song Fetus’ EP, the toy-box ‘Strobo Trip – Light & Audio Phase Illusions Toy’ (with inside the six hours long ‘I Found This Star On the Ground’), the ’24 Hour Song Skull’ release followed.

The Flaming Lips are without no doubts a relevant pop phenomena into the story of the pop music of the last twenty/thirty years and because of this they have now definitely got the fame they deserved.

On the other hand if you ask me eventually about what are the true contents of their music and the definitely quality of their releases, well, it is at the same way undoubt we are talking about something which someone who actually sits on a very impotant chair would define using the words, ‘fake news’.

Not using this reference for just a case.

Willing to be a sort of sci-fi futuristic soundtrack and substantially based on one pattern on which they built the entire album, produced as usual by the influential producer and the former Mercury Rev David Lawrence ‘Dave’ Fridmann (the man behind the scenes of The Flaming Lips and who substantially created this fake-psychedelic pop sound working through the years with Wayne Coyne and Tame Impala, MGMT, Neon Indian, Ok Go), ‘Oczy Mldy’ it will eventually surprise you just because it’s definitely so ordinary you could not be abstained to listen at the radio or to watch on tv a video from a trash song like ‘We A Family’, performed along pop starlet Miley Cyrus, who has got possibly (considering what are actually their public statements) the same taste of Wayne Coyne not only into music but also standing at some practices the mentioned President Donald Trump is actually used to.

Everyone was standing there in a row and everyone was supposed to have paid a ticket waiting his turn just to fuck her for a while later than her assistants had eventually masturbated him before because of course she hadn’t got the time of course to give a true sex performance.

This album, what actually this band rapresents and proposes into the the contemporary music scene that’s actually the same.

So, make you sure to have got your ticket and eventually ejaculate, but later please don’t be so surprised if you got a fucking racist and ignorant as a President because you and only you were the one who considered him like he was better because he was anti-establishment.