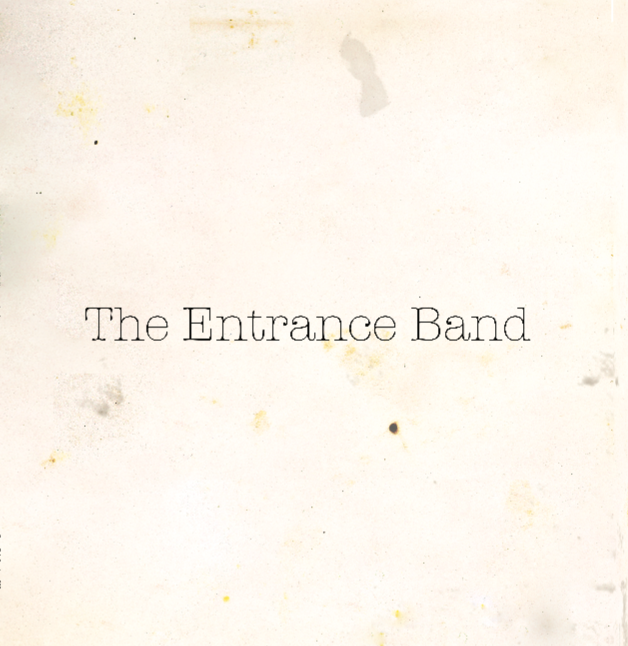 Following the exciting experiences with Night Beats and 10,000 Russos, the next up in the “Fuzz Club Sessions”’ series is the wonder Los Angeles trio The Entrance Band.

As with all “Fuzz Club Sessions” the album is recorded live and the South London Loverbuzz Studios offer the magic again with three brand new improvised jams and an ultra psyched freak-out rendition of the Seeds’ “Can’t Seem To Make You Mine”.

To interpret a Seeds song is always hard but Entrance Band brilliantly passed the test re inventing “Can’t Seem To Make You Mine”. They dissect and reconstruct it according to their sound aesthetic to make it their own, with a basic shuffling feeling, the rhythms slowed, lysergic guitars, flying carpets of fascinating percussions, reverberations of ultra romance colliding with heavy spaced out effects.
The three jams are a new definition of blues built around the insights of Loren Connors, the guitars are dreamy and ethereal with reverberation which is recurrent and the just mentioned rhythmic support, sometimes only imagined in homeopathic doses.
“Seedless Easy Peeler” gutters of lysergic reflections free to flying supported by a dreamed guitar and lost in the echo, plush basslines and parsimonious drums that seem to want to retrace the absurd walk by Travis in the Shepard and Wenders’ masterpiece “Paris, Texas “.
Although Ladbroke Grove is historically an area of ​​dub and reggae, the ominous intro of “Thunderstorm In Ladbroke Grove” makes it immediately credible with the increased presence of cymbals, a greater presence of distorted guitar vaguely indebted to the Chicago Blues. The jam continues in the mood of the album with notes that become elusive, stretching gaseous stimulating large doses of serotonin.
“Orange You Glad” is characterized by a minimal percussive network, simple and insistent. The guitar prefers country drifts with injections of introspective blues similar to the first experiment by Clay Allison. The strings are shiny and develop otherworldly harmonies, the track have no mercy from and kidnaps you with its circular hypnotism, the sound seems to come and go, lysergic and poorly structured, it does not define the path precisely, but it offers to the listeners the necessary awareness to create their own imaginary sound, like an impressionist painting.

This is the Impressionist Blues of the New Century, created to revolutionize the hell, not miss it for the world.