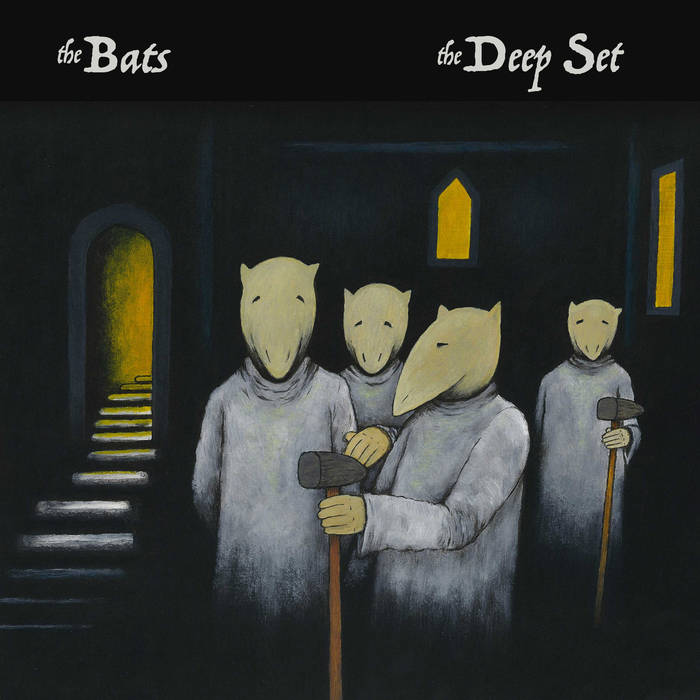 What about nostalgia? I mean, what do you really think about this kind of feeling? Me, I have to say that I’ve generally a bad opinion about this and especially when it is related to the appreciation into music for a determinate historical period or artists or movement. There’re a lot of people saying that nowaday there’re no any good bands at all or that are pretending to say that there was a time in which things were a lot better than nowaday. Of course they’re all everyone telling rubbish. This is not because they’re possibly wrong, but just because their considerations they actually don’t mean absolutely a fuck. Why do you have to be nostalgic about a musical period? Well, you could be in some cases nostalgic about a period of your live in particular, but what about music? I mean, you could always listen to old records and at the same time there’is a lot of good music out every day and if you want to know my opinion about this, I’m sure that things aren’t gonna change. There will be always good music to listen to. What’s worst in any case it’s when speaking about ‘nostalgia’ they are people who are generally young. What the fuck. How could you eventually be nostalgic about a period you weren’t born yet? That’s absolutely crazy. You’re just willing to not live your life completely and as it pretended to be lived. Paying attention to what’s concretely around you. So, I don’t want to speak about nostalgia or to evocate the myth of the Dunedin Sound, a genre and an historical phase, an experience started on the early 1980s in New Zealand and than spreaded all across Oceania and influencing all the world of the rock-pop music with some references also in popular band formed in the USA during that period and in the following years. Guess I wrote a lot about the movement when it was out incredibly a new album by The Chills (‘Silver Bullets’, Fire Records) a couple of years ago. But the story of The Chills, despite the bands have got the same origins, talking about the context, is actually very different by the one of The Bats. Martin Phillips defined himself like he was a survivor. He have had a very troubled existence until now and he admitted that he is almost surprised to be still around. A very hard declaration that really hit me at the time I read it (it was when ‘Silver Bullets’ was out) and that some way I truly understood because perhaps I considered to have some in common with an artist that possibly has got a sensibility not far from what’s actually the mine. Melancholic and at the same time rebellious, not a bad-ass posing but what was actually a sincere admission of a man who has always transmitted via his songs what are his feelings and emotions. And in this we could effectively find the fundamental contents of the Dunedin Sound wave. A giant wave that is still spreading in New Zealand and all across the world and also because of the relevant contribute of The Bats. The band captained by Robert Scott, who eventually founded it in 1982 along with bandmates Paul Kean, Malcolm Grant and Kaye Woodward, and that from that moment has never changed his formation and that despite a break during the nineties (a period Scott defined fundamental and useful because the longevity of the band), has never dismantled and continued across the years to propose new music and new amazing and beautiful pop records. Via out the fundamental New Zealand label Flying Nun Records on January 27th, ‘The Deep Set’ it’s the ninth LP by the band and renews the rebirth of the collaboration with the label restarted on 2011 in occasion of the release of ‘Free All the Monsters’. Sounding exactly like you pretended an album of The Bats had to sound, ‘The Deep Set’ will probably not surprise you because of its musical contents. The Dunedin Sound it has never had the pretense to sound some way innovative or experimental, it has always been just a question of feeling. In a world of music generally orphaned in this moment of these kind of sonorities, the majority are in fact still complaining the dismantle of the R.E.M. and at the same time even defining them annoyed by the hiperproductivity of a great musician as Robert Pollard and/or Guided By Voices (that does exactly mean that the majority of the listeners they absolutely doesn’t get a fuck), I would rather consider in any case that these twelve fast and incredibly easy-listening songs are about the best emotional and sincere moments I listened during the last period. That’s a music who will make you feel unconsciously happy and rediscover a true contact with what are the simplethings of life and about you generally don’t care because you’re too muck fucked up by what you consider your grey ordinary life and existence. But what’s really special then? You want money, girls, big fucking cars? What do you want from your life? Me. I’m never satisfied enough about what life granted me and I have the deep suspicion that life is actually kidding me and probably things stay so, but it’s also my fault. Too much time alone with yourself and to thinking to the sense of the existence it’s on the other hand the same that not living at all. But I would rather stop thinking to anything when I keep into a records like this and I will play it continuously until I’m too much tired to dance again and again. The Bats! What a great band! Thank you guys. Records like this one could effectively save our lives.