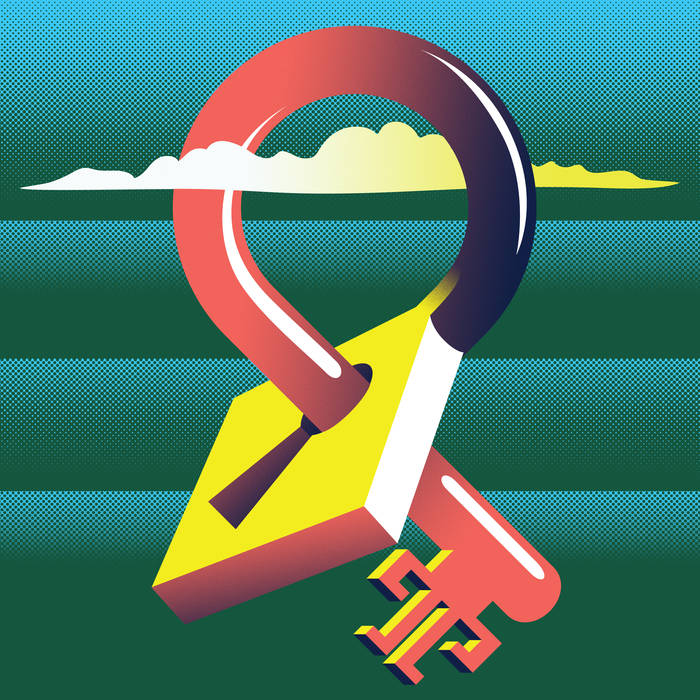 This is the pop-psychedelia album I was awaiting as natural sequel of Jacco Gardner’s ‘Cabinet Of Curiosities’ out on 2013 via Trouble In Mind Records.

In fact I approached to ‘Volcano’ (Heavenly Recordings/Fat Possum Records), the second album by the English psychedelic group Temples out last March 3rd pretending to compare it necessearily to their debut one, ‘Sun Structures’, which was out on 2014 and soon become one of the pop-psychedelia acclaimed phenomena of that year.

Of course I was as consequence expecting to listen to a reproposition of the same themes and sonorities and I was at the same time ready to immerse myself into Beach Boys experiences and references that of course there are also into this new album, but that at the same time are not so central as in the past.

It happened so that I appreciate the album much more after I listened to it several times after that at a first impression I was thinking something like, ‘What a fuck, are also them going to propose the same fake psychedelia by Tame Impala?’

Taking in the same sense a road in practice now paved by influential Flaming Lips and considered relevant and even influential into mainstream.

Risks in this sense were not umpredictable.

This not because I deny the great abilities of this group (on the other hand they in practice showed on this album they are actually far from any claims in this sense) but because so-defined ‘reasons of state’ would had possibly have made them take this journey to much more catchy and fashionable sonorities.

But they really surprised me and possibly everyone with an album that’s everything but this and an interesting episode of neo-psychedelia with an intelligent usage of vintage esthetics.

If I mentioned the Netherland multinstrumentist Jacco Gardner it was not for just a case.

The same than ‘Cabinet Of Curiosities’, ‘Volcano’ is substantially an album of ‘baroque’ psychedelia, where the usage of keyboards (organs and synths) it’s central respect to the electric guitars and the approach of the band in its complex it’s much more intelectually visionary than pop.

‘Certainty’, ‘(I Want To Be Your) Mirror’, ‘How Would You Like To Go?’,’Celebration’, ‘Mystery Of Pop’ have got the fascination which it’s typical of certain UK landscapes that are at the same time evocative and dreamy as much than nostalgic and at a certain point also curious in the sense of strange, bizzarre. Even disturbing.

Thought this sense to the famous movie ‘The Wicker Man’ by Anthony Shaffer. The mystery horror film considered like it was ‘The Citizen Kane’ of horror movies and with an incredible interpretration by actor Christopher Lee.

A movie which on the other hand also the soundtrack by American composer Paul Giovanni is still now influential and it’s not so far from the sonorities by Temples (to mention that effectively UK alt-musicians like Pulp, Doves, Emma Anderson from the Lush reprised in the recent past songs and sounds from the soundtrack).

‘Volcano’ it’s that obsessive curiosity Seargent Howie had into investigate about the disappearance of the young Rowan Morrison on the remote Hebridean Island Summerisle.

Something possibly went to increase more and more as much he (a devout Christian) got into the pagan Celtic rituals of the inhabitants of the island.

It’s the interest into eros and ritual celebrations and into everything that’s possibly at the same time forbidden and fascinating because coloured and so attractive you feel like it there had necessearily to be something wrong on it.

Less interesting into the complex of the album the rock seventies track ‘Roman God-Like Man’, which sounds into a style similar to John Lennon’s solo experiences combined with sixties California fascinations, and beautiful UK ballads as ‘Oh The Saviour’, ‘In My Pocket’…

But, well, would you find me please on the UK actual scene bands which are so able into write pop songs like these one?

James Bagshaw described the album as being ‘a result of implementing a load of things that we didn’t know about the first time around’.

That’s actually so, I suppose no better words he could had actually used to describe the contents of ‘Volcano’.

Immerse yourselves into the magic chemistry sounds of this album like you were actually the Professor Otto Lindenbrock looking fot the center of the Earth.

I will wait for you in Stromboli.