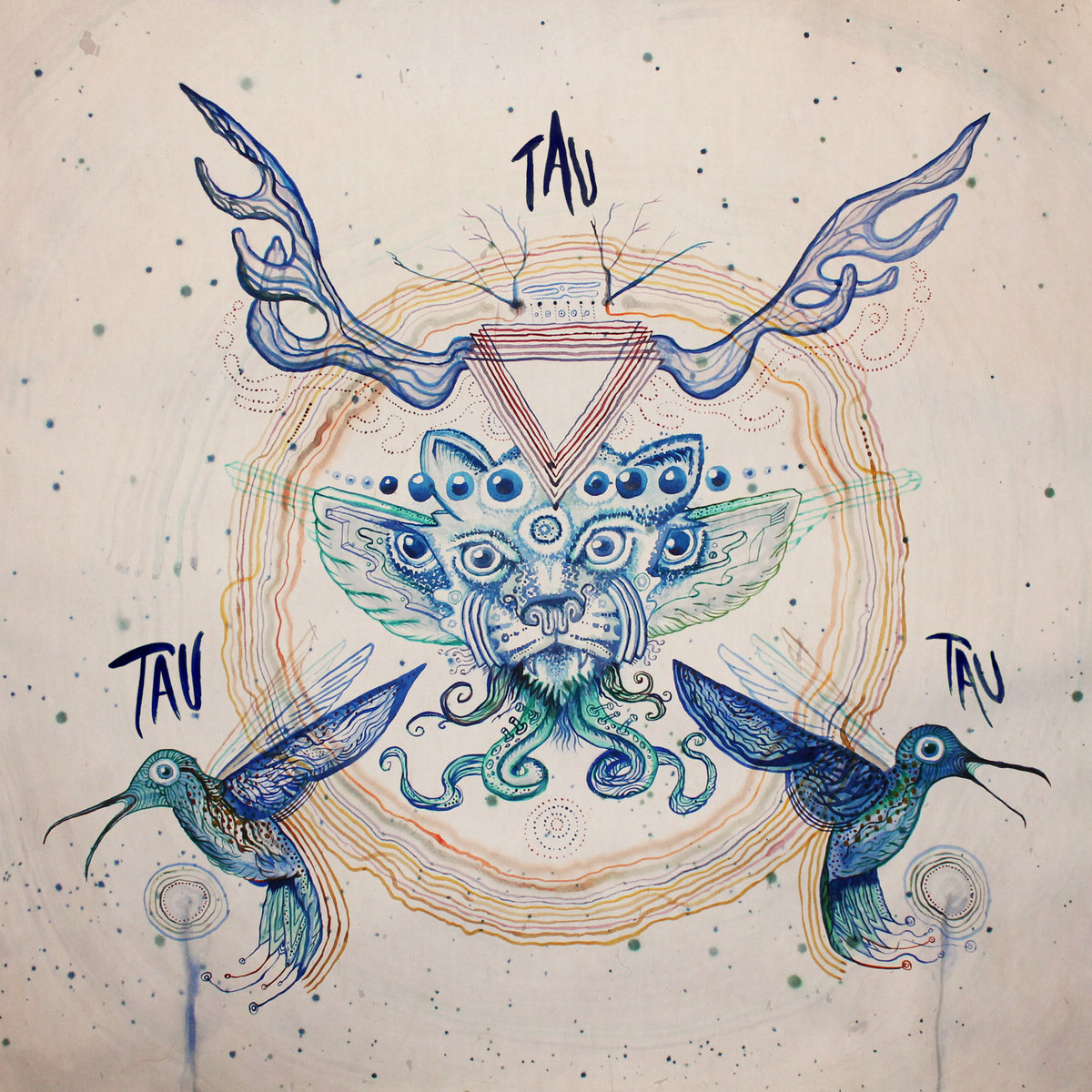 Never too late to write a review about what’s definitely a great fucking album. Surely one of the best releases of the last year into psychedelic-music by what Vinyl Me, Please defined like it is ‘Arguably the  most important label in neo-psychedelia’: the London-based indipendent record label Fuzz Club Records.

Guess we have to talk about this record starting from the very beginning.

Not wanting this case to talk about the ‘Wirikuta’ EP (out via Fuzz Club Records on July 20th, 2015) going back to 2015. Neither I want to make this time a travel into the origin of psychedelic-music.

In fact it could be something I will consider like it was absolutely innacurate.

More than this it wasn’t going to be enough to tell you completely the story about we are talking about.

You know, I watched this movie a few time ago that’s was actually out on 2007, but I suppose it is not considered as it is a masterpiece into contemporary cinema and it possibly gained recognition for being widely distributed through Internet peer-to-peer networks.

It is named ‘The Man From Earth’ and of course it has got nothing to do with any David Bowie falling to Earth, despite the fact because a curious instance the recording process of the album I’m talking about started exactly on January 10, 2016, the day in which ‘The Thin White Duke’ died.

The story of ‘The Man From Earth’ was conceived by David Bixby since the sixties but he in practice completed to write it only on his deathbed in 1998 (he eventually died on the 28th April of the same year) so we could also consider it like it was his testament. The heritage of this influential short-story writer and scriptwriter, mostly known because he worked on relevant episode of ‘The Twilight Zone’ and because he wrote the story from which that incredible movie that’s actually ‘Fantastic Voyage’ by Richard Fleischer.

The plot of the movie (directed by Richard Schenkman) focuses on John Oldman (actor David Lee Smith), a departing university professor, who claims to be a Cro-Magnon, who has secretly survived for more than 14.000 years to nowaday.

The entire film is set in and around Oldman’s house during his farewell party and is composed almost entirely of dialogue getting on through intellectual arguments between Oldman and his fellow faculty members.

You could eventually consider it like it was a sci-fi movie.

Of course in fact the story took start from an element that’s without any doubt ‘fantastic’: the existence of a man who is 14.000 years old. Who was a prehistoric caveman, who was a Sumerian for 2.000 years, who was a Babylonian, who was a disciple of Gautama Budda, who sailed with cristopher Columbus and who was a friend of Van Gogh. Who was supposed to be the inspiration for the Jesus story – that actually means he was Jesus Christ himself!

But the main content of the story it’s absolutely dramatic.

Because the history of mankind it’s dramatic: the greatests drama ever and we everyone contribute to write it every day of our lives.

‘Wirikuta’ (‘land’ into the language of the Wixarikas, native Mexicans living in the Sierra Madre Occidental) it’s a sacred desert in which the Dublin-born and Berlin-based artist and musician Shaun ‘Nunutzi’ Mulrooney (former percussionist and organist of Icelandic psychedelic super-group Dead Skeletons) was on a pilgrimage before he started his solo project Tau (meaning ‘Father Sun’) along with his partner-in-sound, Venezuelan-born Gerald Pasqualin.

Conceptually influenced by the shamanic culture of the indigenous people of the Mesoamerican region, Tau it’s in practice an attempt to get over the traditionally concepts of space and time and what are the ordinary schemes of pop music.

Nunutzi himself earlier described Tau as ‘medicine music’ and considering the history of mankind like it was a drama and the fact the term is coming from the Greek word meaning ‘action’, consequently that life like it was actually a ‘play’, we could intend the definition he gave to his music as something relevant because it litterally has got the intent to heal our souls which are eventually infected because there’re no actions without infections and that’s a truth you could possibly learn on yourselves.

‘Tau Tau Tau’ (out last September 2016) is ‘a wild archaic scream from the heart, woven from a seamless thread of prayers, chants, psychedelic invocations,’ and as Nunutzi said: ‘songs of praise in English, Spanish and Gaelic, shaken through pre-hispanic drums, bells, shakers, synths and acoustic guitar played through an amp with a very shitty pick up that gives a weird sound.’

The album featured collaborations with Knox Chandler of Siouxsie and the Banshees, Earl Harvin of Tindersticks, Nina Hynes and Miss Kenichi and includes numerous additional vocalists and musicians, all of whom make their own unique contribution to the celebratory psychedelic folk of Tau.

‘Mother’, the first track of the album, it’s an evocative folk ballad inspired by the spiritual music of North and Central America. The arrangment it’s supposed to be minimal: mainly an acoustic track with a tribal rhythm section sung by Nunutzi like he himself was guiding a shamanic ritual and with disturbances from electric guitars.

‘The Bridge of Khajou’ took inspiration by the sufi mystic poetry of Iran, an imagery that’s actually starting to be a lot considered into the world of pop music if we think about for example to one of the most magnificent album of the 2015: ‘Junun’ by Shye Ben Tzur (along with Jonny Greenwood from Radiohead and The Rajasthan Express), a singer and a songwriter that’s actually possibly the most expression into the so-called ‘qawwali music’ (listen also to James Yorkston, Jon Thorne and Suhail Yusuf Khan, ‘Everything Sacred’ out via Domino last January).

I’m not wrong about it saying there’re some influenecs by the Huun-Huur-Tu music group from Tuva, a republic of Russia situated on the Mongolia-Russia border, mentioned by Nunutzi himself as one of the thing mostly impressed him into music into the last period.

A music group in which the most distinctive characteristic is throat singing’, in which the singers sing both the note (drone) and the drone’s overtone, producing two or three notes simultaneously and an effect Nunutzi tries to use also into his songs (listen to ‘The Bridge of Khajou’, ‘The Midnight Jaguar’, ‘Venadito’…).

‘Mo Anam Cara’ (Gaelic for ‘soul mate’), ‘haunted by the ghost of Love’s Arthur Lee’, it’s a folk acoustic ballad with an interesting usage of the percussions and some tracts you could eventually consider similar to Goat, even if in this case there’s a lot much more ‘shamanism’ than fury and kaleidoscope imageries. The song is a combination between these aspects and what’s actually a much more traditionally psychedelic-folk.

‘The Midnight Jaguar’ it’s a solemn ritual song again getting inspiration from the spiritual music of North and Central America and at the same time flavourished by atmospheres typical of Nico and John Cale arrangments. Flavour of autumn leaves characterised the atmosphere, while strings are accompanied by the sound of an organ and Nunutzi litterally appears like he is possessed by the spirit of an Indian Native American God when the track explodes into a kraut-rock hipnotic and obsessive happening.

‘I See You’ it’s an evocative folk psychedelic song played with acoustic guitar: a small portrait which the atmospheres made possibly think again to shamanism and to some experiences described by authors Aldous Huxley and beat-generation master Sir William Burroughs.

I’ve actually no words to describe the incredible power of two songs like ‘Venadito’ and ‘Kauyumari’, two songs defined by Nunutzi like they were an ode the the Great Deer Spirit.

‘Venadito’ it’s an obsessive psychedelic track. Vibrating and hipnotic at the same time, in this occasion we could rightly say that there’re effectively similarities with Goat. The song it’s actually a ritual in which krauty experiences are combined with the usage of sounds typical of the Mesoamerican culture. ‘Kauyumari’ it’s on the other hand a much more solemn song. Domined by the interpretation of Nununtzi the song it’s a true drama, a rapresentation in music of what’s possibly a tribal and prehistoric opera or ballet.

‘Espiral’ (Spanish for ‘spiral’) it was defined as a riotous interpretation of chant sang in Temazcal Sweatlodged.

The track if’s effectively a shamanic celebration, a ritual which took part at the basement of Chichén Itza.

The guitar solo playing actually reminds to me a lot to the early Can experiences. Thinking to an album like ‘Monster Movie’: it is eventually strident, disturbing… While at the same time the singing it’s obsessive and repetitive like it’s on the other hand typical of every possible ritual.

‘Tara’, the final track, it’s a psychedelic eight minutes long journey and what I would define like it is possibly the most interesting track of the album and something which appearently overcomes everything we listened to from the beginning of the album.

Conceptually this song really absolutely doesn’t give a fuck about what you would define like ‘chronology’.

Listening to it you could hear echoes of music played from the origins of the mankind into the big city of Babylonia like on the other part of the Ocean by the Pre-Columbian populations, but also what’re the influences of the mitteleuropean expressionist culture of the first part of the last Century and of the kraut-rock music; the jazz experiences of the City of New Orleans, Louisiana; the experimentalism of the no-wave era of New York City and artists like Arto Lindsay…

What Tau did with this album definitely it’s not exactly a work of research or trying to express something you’ve possibly listened to yet before: he put together 14.000 years of human experiences in the intent to create an his own universe and he perfectly reached into doing what were actually his proposals.

He, me, we everyone are Jesus and paraphrasing The Beatles and those two great motherfuckers of Lennon and McCartney, Jesus is we all together. We everyone have got on our shoulders the infiniteness of the kingdom of God. Me, I’m God, I am who enstablished the rules of my own universe and I am here to set a celebration, a ritual to renew what it’s actually the relationship between myself and the forces of the nature. Heal my soul with medicine music to get my eyes finally and completely opened to see the greatness of the history of humankind which I created.

Because I didn’t want to be alone into this universe.