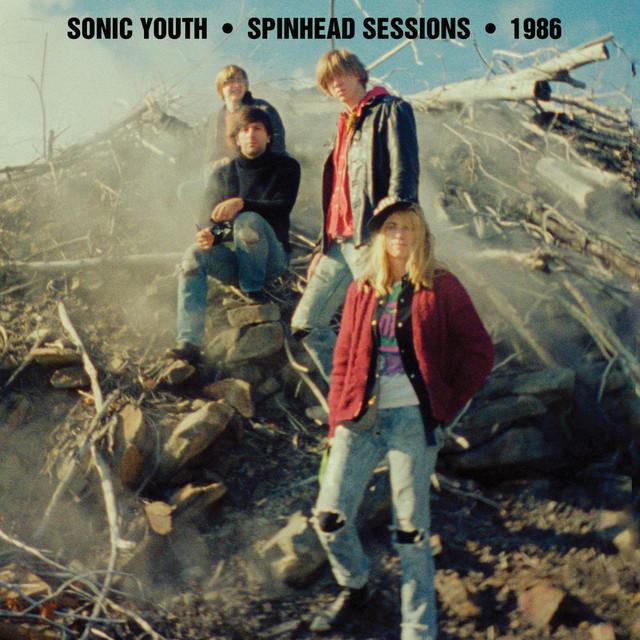 May be there will be no end to the release of unreleased and extraordinary material recorded through the years by Sonic Youth. Let’s fact how things actually stay. We are talking not only of one of the most influential band of the last thirty-forty years (the most influential?) but also of one of the most popular. If someone really invented the concept of indie or alternative music, they were the Sonic Youth. At the same time they really made popular genres that since them were considered extreme episodes or something completely eccentric like noise music or avant-rock. We don’t actually know if they will never come to a come-back, because apparently the dismission (never officialised) of the band had something to do with personal issues of the components of the band, but in any case the historical supporter of the band (and they’re always more and more also today) could eventually comfort themselves with the releases of the several Kim Gordon (with Body/Head), Thurston Moore, Lee Ranaldo and the innumerable projects in which it’s actually involved Steve Shelley. In alternative, there’re also releases like this one, ‘Spinhead Sessions’, a record composed by eight songs previously unreleased and recorded by the band during the sessions of ‘Made In USA’ a minor album of the band released in the same period of ‘EVOL’: in practice a soundtrack of the self-titled movie directed by Ken Friedman and released only in 1995. A remark of how much this band was creative and productive, the ‘Spinhead Sessions’ are a part of that material and now released in a only instrumental record by Goofin’ Records. Something that I guess who is not a great fun of the band would eventually consider as unuseful, but that in my opinion it’s not so much avoidable as you could think. Opening with the sixteen minutes longer and the most relevant episode of the album, ‘Ambient Guitar & Dreamy Theme’, introduce for the first moment the listeners into an hypnotical state of mind. Guitars playing noisy like they were the buzz of the flies, something which could eventually be interrupted only by extemporaneous accelerations or umpredictable changing of tonalities. Everything is very tripping and noisy until the moment in which they started to be inserted feedbacks of electric guitars and ringing bells, drums crashings and the second part starts with the guitar playing in a low tone and dreamy atmospheres became a reality and the so-defined quiet before the infernal explosion of dark sonorities with irrilevant sounds and freaky improvisations. ‘Theme With Noise’ it’s an interesting song. It’s really a pit they never worked again on it later. It sound in a way much similar to the Jackie-O Motherfucker, the experimental group of Tom Greenwood coming from Portland, Oregon, and that Sonic Youth themselves have always appreciated since their debut. The song has got slow rhythms and a very good rhythmic section and with a particular sound of the guitars that makes it a great episode of avant-garde folk music. ‘High Mesa’ and ‘Scalping’ made me thing to some western atmospheres and desert sounds, drone sonorities and at a certain taste of stoner music. Not exactly talking of what Josh Homme did along the years with his ‘Desert Sessions’, but I think that some contents would had not figure bad on those works. ‘Wolf’ it’s not a very relevant episode, but what I would just like to define as an attempts of several combinations with the sound of the guitars. In the end we have ‘Unknown Theme’ and ‘Theme 1 Take 4’, mainly evocative and built over the arp of the guitars and some ghostly solos. If you would add some noisy guitars and avant-gard rumorism, you would probably in both cases have a pair of songs of the Body/Head project. What to say? I appreciate it, but at the same time I recognize this is not something that will be appreciated by everyone. You could possibly avoid it if you’re not a fun of noise and avant-rock music and avoid it all if you have never suffered the Sonic Youth. Of course.