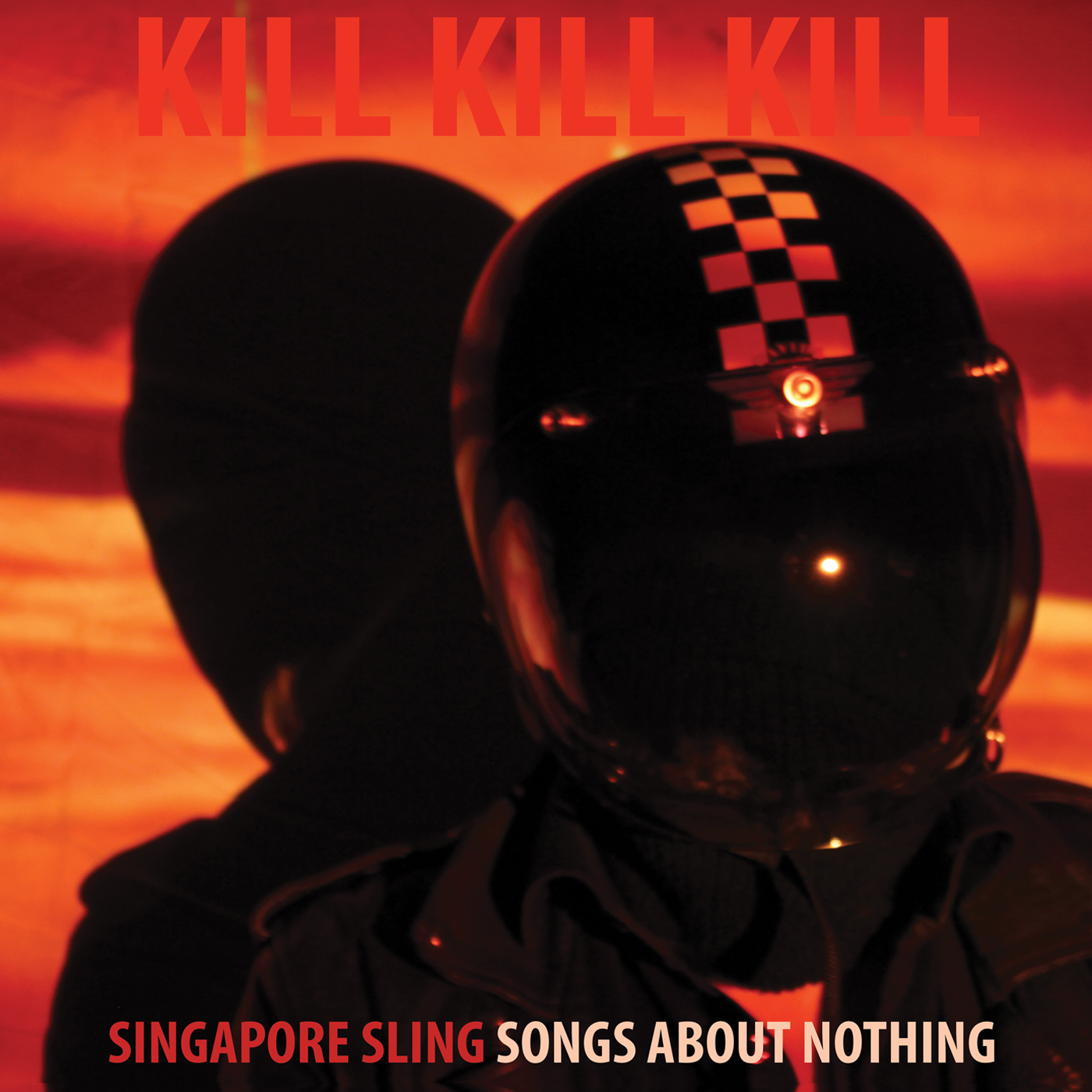 Where are the tides? Where the relentless layering of sounds over the moon? Here we are gonna talking about hypnotic sounds that build a modern psychedelia, majestic, that seems to go dancing on streets paved with lava stone. How is it possible that the Singapore Sling, after eight albums made since 2000, still have this stratospheric inspiration? Have they entered into a pact with the devil? Maybe they are protected by the angels that appear to realize the harmonious melodies of this work?
‘Kill Kill Kill (Songs About Nothing)’ is a fresh album, well done, perhaps the most experimental of the Reykjavik outfit, who bravely walk on the expressive paths on which they had previously ventured John Cage, Michael Nyman, Maurice Ravel and Einstürzende Neubauten, to reach a new sound blends with the songs that carry almost nemesis, with those structured on acoustic solutions, with Pink Floyd-esque flavours, pervaded by underground  sobs of electricity heavy psych and those of electric fury, dripping with reverb and voice that seems drowning under tons of echo, which are softened by dissonant keyboards and discordant horns.
The Singapore Sling move within their own stylistic sensitivity, urgency and recognizable, with Henrik’s atonal voice that recites irresistible, almost indolent, in ‘Surrounded by Cunts’, supported by a carpet of Black & Decker guitars that are absorbed, metabolized, by the sound of martial drums and naughty vanguard yearning keyboards.
‘Evil Angel’, has brought forward the release of the album, it is a beautiful fresco supported by dissonant string, playing hide and seek with great vocal harmonies. Deconstructed and reinvented music, as an avant-pop after the bomb, which benefits from a bold and innovative arrangement, which inspires awe, admiration and desire to listen it again and again.
‘Fuck Everything’ is a raga of great psychedelic perfumes, kind and acoustics, a protean progression, a fascinating development whose beauty astonishes with guitar and bass engaged in a mock Cubist boogie until the magnetic guitar garden that rises free, on the other instruments, until the end of the song.
‘Bop Bop Boo’ is a futurist Eddie Cochran, feet that are moving, heads swaying, eyes lost chasing the materialization razor guitars that disfigure the pentagram and then disappear in lost rivers. The chorus is a bewitching simplicity, irresistible desire to sing long.
At the height of his creativity the visionary poet Jim Morrison used to drink alcohol at any time, completely ignoring the food. If he was thirst he got lager, if he wanted to take courage it was gin or bourbon, but if he was hungry, then boys, had always Singapore Sling cocktail.
Don’t get fooled my friends, if you can buy only one album, then this is the place for you.