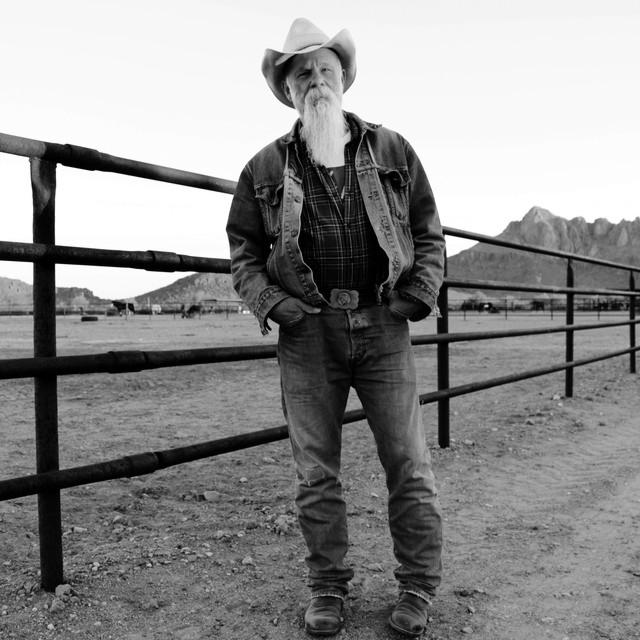 Early this year there was this guy, Matthew Wright, actually a critic and a biographer, who published an unauthorised biography, ‘Seasick Steve: Ramblin’ Man’ in practice rejecting some aspects Seasick Steve‘s previously reported about his life story and of course pretending that what he actually wrote it’s absolutely true and also documented. Among the various fact, just to mention for example, Wright he argues Steve was born in 1951 and not in 1941; he was known as ‘Steve Leach’ before his marriage in 1982; he was the bassist in the Indian-American fusion band Shanti, which worked and lived together in a shared house in Orange County during the early seventies. 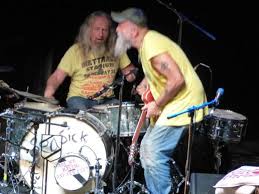 Haven’t read since now no declaration by the old Steve about this biography, which appearently has got not only the willing to present the figure of Seasick Steve, born (standing at what he, Steve himself reported) Steven Gene Wold in 1940/1941, and to narrate what it is supposed to be his biography, but also the proposal to desmantle what Steve himself since now reported being his life.

Don’t know exactly what to say about this. I mean, I haven’t read that biography and I don’t think I’m ever going to do it. What is sure it is that I find some way strange, even difficoltous a man figure out in publishing an unauthorised biography of someone who left home at 13 and from that moment kept on living rough and on the road in Tennessee, Mississippi and elsewhere, travelling long distances by hopping freight trains, working as a farm laborer or in the seasonal job, at a carnival as a cowboy and a migrand worker. Living as an hobo from when he was a teen-ager until the eighties, when he set in Olympia (next to Seattle) starting working as a musician and a recording engineer for about twenty years. Until he moved again and this time travelled all around the world, to Europe, living busking, mostly on the metro, and finally moved to Norway in 2001 and released his first album, ‘Cheap’, with the band The Level Devils. 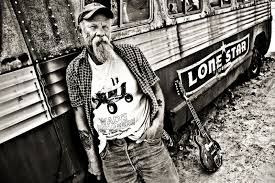 What the biography narrates it’s in practice mainly a completely different life and when some events seems to be the same, there’s in any case a lot of confusion about the dates and the several locations. What was actually the intent of Mr Matthew Wright? I mean, he’s actually a fan of Steve too himself. Don’t think he wanted to present us Steve as he was a liar, an imposter, someone who is used to lie. Neither I suppose he wanted to say that the old Steve it’s really too much fucking old to not remember a fuck about his own life.

On the other hand it is my conviction Steve is not going to deny any of the contents of this biography. Why would he eventually do this? I don’t think that I actually care if the contents narrated in the book are eventually different from what I told previously or from what were actually the happenings of his life. Perhaps what Matthew Wright wrote it’s just fiction. Perhaps Steve himself is a fictional character. I’m not sure he will completely regret this kind of definition, that doesn’t actually pretend to present him as a liar. He’s Seasick Steve, he travelled all across the USA, from California to Mississippi and Tenneesee and he plays country-blues with his cheap and weather-beaten guitar who he pretend to have got magical supernatural powers, but neither them won’t save him from get seasick. Fiction or not, noone could actually deny all of this.
On addition, the book came out some months ago and earlier than the eight studio album by the blues musician from Oakland, California, so it was some way also an occasion to get some free publicity. ‘Keepin’ the Horse Between Me and the Ground’ is now out via Steve’s own label, There’s a Dead Skunk Records and it’s actually a double studio album, separated in two parts (both composed by ten tracks) that effectively have different contents and, if of course the main style it’s that ‘hobo sound’ we learnt to know with Steve’s previous releases, sound musically different. 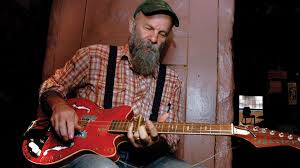 I guess we could define the first part as mainly composed by electric blues songs. In practice Steve, who wanted the album as an homage to staying alive and mantain themselves always strong, plays in this part several electric boogie and blues, rock and americana songs in a style that would probably remind to his previous solo works from ‘Dog House Music’ to ‘Sonic Soul Surfer’ (out last year via Caroline International and Bronze Rat Records). From the heavy electric blues of  ‘Keepin’ The Horse Between Me And The Ground’, sung with a growling voice, to the talking blues of ‘Bullseye’ (which actually reminded me some episodes of the last Stan Ridgway) or the John Lee Hooker’s ‘Walkin’ Blues’ with the electric guitar feeding high into the amp in the ending of the song; from the reflexive moment of ‘What A Thang’, which pays homage go tradition of the electric blues of the Mississippi, to the electric boogie of ‘Don’t Take It Away’ to the folk and jazzy ballads with violins, ‘Grass Is Greener’ and ‘Lonely Road’, substantially the first part of the album doesn’t show any kind of ‘news’ in the sound of Seasick Steve. On the other hand, to be honest, in the complex the songs appear less strong than in the past. Probably because Steve is less inspired, probably because of the making of a double album, that it’s always something hard to do, because, fuck, it’s obviously hard to write in a few time what need to be twenty good songs.
Despite this, you could find some good surprises on the second part of the album, that possibly show us a different Steve, an aspect we didn’t actually know well of who is habit to show himself just as a crazy hobo electric bluesman. Immersing himself in the musical tradition of the USA, also covering artists like John Hartford (‘Gentle On My Mind’), Fred Neil (‘Everybody’s Talking’), Arthur Lee (‘Signed D.C.’) and the super-classic ‘I’m So Lonesome’ by Hank Williams, plus a six original songs written by Steve himself, the second part it’s in substance a record of Americana folk music and where the best episodes are probably the ‘Hard Knocks’, which could reminds to some acoustic episodes of Bruce Springsteen and the evocative ‘Ride’ in the folk style of artist and songwriter Bill Callahan. 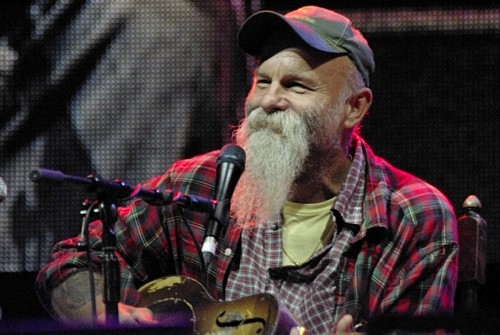 I really like Seasick Steve, I mean, I find him just great: he’s a nice person, got a great personality and I would really never give to a Steve’s album a low rank, but on the other hand, definitely, I couldn’t consider this last much more than a sufficient work. Especially if we want to make a comparison between this and all the other episodes of his discography. In this sense, it’s sure that the second part of ‘Keepin’ The Horse Between Me And The Ground’ opens possibly the ground to some interesting scenarios for the future of who at this point we could also consider as a songwriter. He’s an hobo songwriter and in this sense, you possibly could, but you don’t necessearly need to write a biography about him. Steve himself he said, ‘Hobos are people who move around looking for work, tramps are people who move around but don’t look for work, and bums are people who don’t move and don’t work. I’ve been all three.’ Just follow back the footsprints he left on the dusty roads and you’ll get it.
Vote: 6/10
@sotomayor
Spotify
You can also read this review at machchapuchchare
Post Views: 792
Precedente Violent Femmes - We Can Do Anything (PIAS Recordings, March 4th, 2016) Successivo The Night Beats - Fuzz Club Session (Fuzz Club, December 1st, 2016)