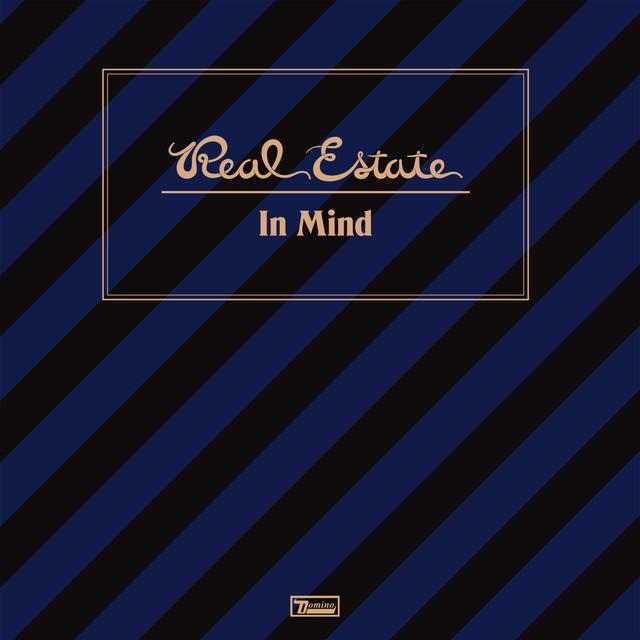 An important album into the story of Real Estate. ‘In Mind’ (Domino, March 17th, 2017) it’s in fact their first release since founding member Matt Mondanile’s departure (whose most recent release is Ducktails’s ‘St. Catherine’ out on July 2015 and who recently decleared he wanted to dedicate himself full-time to his solo project) and the first with his replacement as lead guitarist, Julian Lynch.

The departure of Matt Mondanile, following drummer Etienne Pierre Duguay (2011) and keyboardist Jonah Maurer (2013), signed in a certain sense the end of a cycle for the band, which has got possibly two different stories. The one from their eponymous debut album out on 2009 to the release of ‘Days’ on 2011 and the second one started with ‘Atlas’ on 2014 and now renewed with this new album.

Formed in 2009 in Ridgewood, New Jersey, United States and currently based in Brooklyn, New York, the band is nowaday considered one of the most expression into the contemporary jangle pop scene. Their talent it’s undoubt, also this new album it’s of course very easy-listening and at the same time arranged with a sensible taste and elegance, but that’s also true that probably the ending result it’s less emotional than what happened in the past.

Produced by Cole M. Greif-Neill and anticiped by the music video for first single ‘Darling’, the fact about ‘In Mind’ got so many good ideas as much they are possibly not in concrete realised with the necesseary effort with the inevitable conclusion to attend to a record and a collection of songs that are definitely good but some way liquid. Fluent and ethereal as the flowing by of the river.

The album opens with ‘Darling’. A pop spring time song constructed on an interesting arp of the guitar and with the typical accelerations which are a constant into the band process of making the songs. The same for example for ‘White Light’, ‘Same Sun’, Saturday’, which are good or less pop-rock ballads with evocative and dreamy sunny beaches atmospheres.

‘Serve The Song’ has got same tastes of US psychedelia of the nineties, thinking for example to Elephant 6 experiences, a flavour you could eventually smell also listening to a good song like ‘Diamond Eyes’. ‘After The Moon’ took inspiration from the big lesson of The Beach Boys. ‘Two Arrows’ it’s a typical jangle-pop song with some influences from Buffalo Springfield and sixties psychedelia.

But listening for example to ‘Stained Glass’, the sensation that this band has some difficulties into realise what are their proposals it’s evident. It is like any time they’re going to fly high, something immediately put them back on Earth.

The music of Real Estate it’s something that has got the necessity to release itself into open spaces but possibly also to be able to fill them instead of passing by like it is something you couldn’t ‘comprehend’ and so it’s far to be at the same time both mainstream than some way experimental.

Inevitable this point they’re going into some moments in my opinion absolutely irrilevant and not impressive at all like ‘Holding Pattern’, ‘Time’.

Don’t know if it’s right to say that it’s a not inspired album. Probably it sounds exactly like Real Estate considered it had to. But I’m not so certain they themselves are very happy about the final result at all.