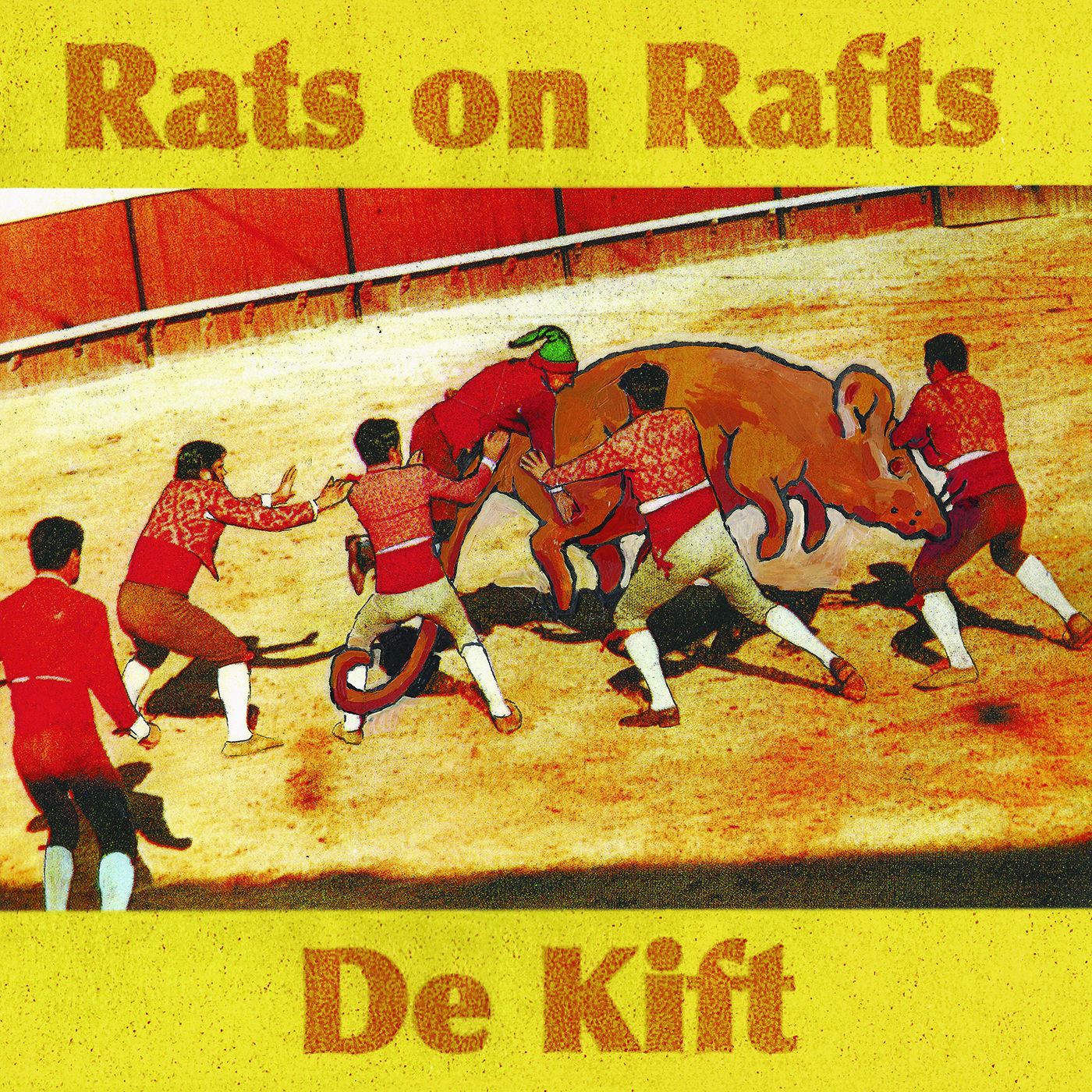 It was at Metropolis Festival, in 2013, that Rats On Rafts and underground Dutch punk band De Kift have decided to join their forces for a playful re-interpretation of each other’s music.

The two bands locked themselves up for a month to realize a totally analogue album than is an interesting blend of very different kind of sounds, from Fanfare Ciocarlia to John Barry and Ennio Morricone, to the anarchy punk of artist like Crass and Zoundz. 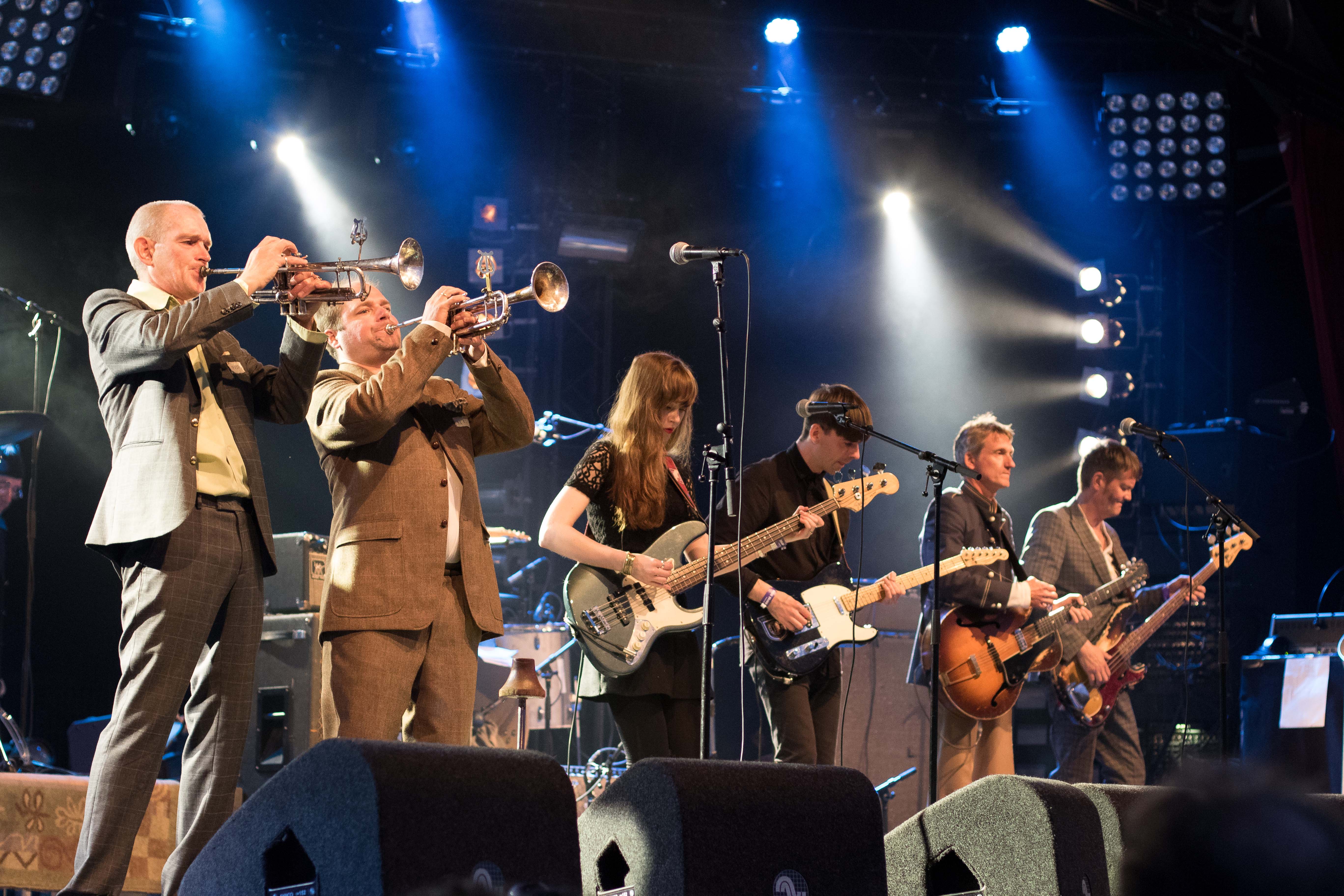 It’s a very versatile album where you can find the songs belonging to one or another artist, but all arranged with taste and imagination such as to produce a final result greater than the sum of the parts.
“Last Day On De Zon” belongs to the catalog of The Rats On Rafts, with its breezy pace, supported by a possessed  brass section that embroiders irresistible and dissonant free-jazz carpets, insistent, almost tantric that at times seem summon the ghosts of Sufi music in the throes of amphetamine abuse.
It’s an album that explores a very wide musical spectrum, from brass bands to punk to world music, without any failure, maintaining a stable and at times incredible balance between its different souls.
“Voorbij” has the gait of bass guitar dear to the Crass, while “Brass Poison Face” starts out as one of the best themes of James Bond to be buried by heavy counterpoints of the brass section of insistent ice overheated.
“Powder Monkey” is the thing that is closest to a country-punk dilated and full of metal, a glimpse of the first Ennio Morricone-sque guitars.
Atmosphere of Spaghetti Western also in the beautiful “Swan Song” which is basically developed as a score of Einstürzende Neubauten, forced in the form of the song melody, to end in a crescendo of mariachi trumpets.
Epic atmospheres also in the following “Sleep Little Links 2 3 4” supported from below punk and ennobled by a great wind score. Vocals / narrator is not up to the music and maybe a little jar in the construction of the song, but it’s, however, a small venial sin.
It’s a brave and succeeded album, where atmospheric moments, cinematic would say, alternate with furious hardcore assaults mitigated by trumpeters contemptuous of danger, and where even the most melancholy episode, with sentences of more searing slide guitar of the whole work “Dit Schip” doesn’t clash.
A pleasant surprise, get ready for the roller coaster.