Three albums in and Rangda is still a dream trio of players, so wholly versed in their instruments that it seems hard to believe that they coalesce so rightfully. 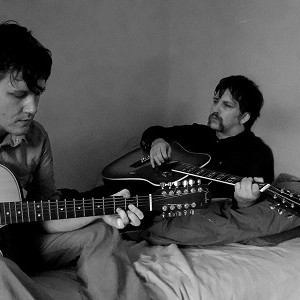 Chaos and order are the poles that Rangda swings between, but order usually wins. On each of their three albums, the trio of guitarists Richard Bishop and Ben Chasny and drummer Chris Corsano have hewn to a basic pattern: several compact tunes combining riff-heavy instrumental rock with moments of abandon, plus one lengthier piece that ventures farther out.

For fans of Sir Richard Bishop, his fingers are all over this one, quite literally, and a lot of the melodies on The Heretic’s Bargain play like Bishop solo tracks on steroids. The fluidity and frantic pace of strings is there, but electrified and given chase by Chasney’s guitar and Corsano’s expert beat. Songs are built on the rapid heart-skip of fingerpicks, but as proven on “The Sin Eaters” and the epic closer “Mondays Are Free At The Hermetic Museum” the group is built for the psychedelic breakdown, devolving those sprightly melodies into a blur of sticks and picks and squalls of feedback that threaten to consume time itself. 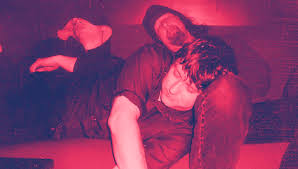 There’s always been a quality to Bishop’s melodies that I think would lend itself to soundtrack work, as if he’s always composing scenes in his head, with the the guitar quickening footsteps down a hallway or poking its head around the corner trepedatiously. Here he invokes that same cinematic quality, only to add a more urgent sense of catastrophe in the corrosive breakdowns. The characters here might quicken their steps, but its likely in a chase away from unseen demons that win out in the end. Rangda is and has always been a behemoth and on their latest they prove that they’ll keep banging ’til they bring it all down around them.