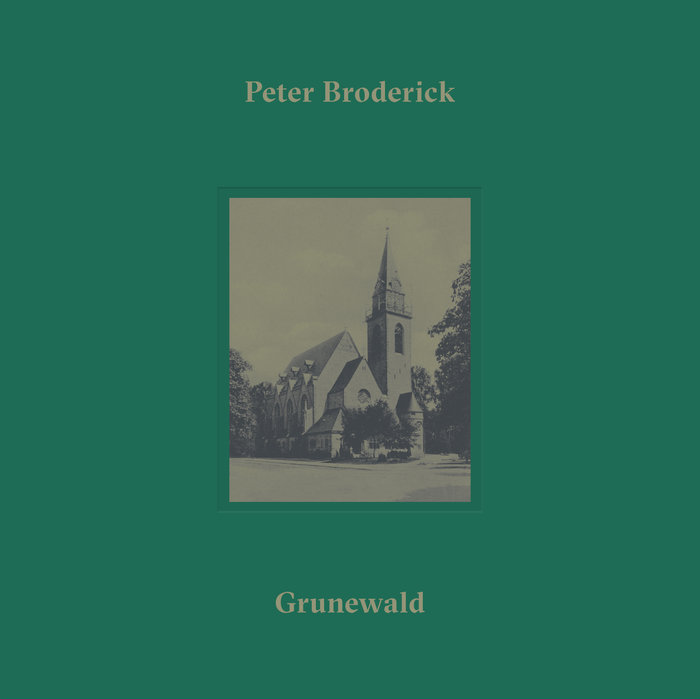 In the last years, the Grunewald Church in Berlin, almost defined like it was the Sistine Chapel or the North Europe, has been an hotspot for a lot of musicians and a relevant place into the culture of what’s actually the Capital City of Europe because its influence on the entire continent. Everything started because of the musician and composer from Hamburg, Germany, Nils Frahm, who selected the location to record his album ‘The Bells’, out on 2009 via Kning Disk. The episode in practice paved the way to following recording sessions by other artists and made the place a point of reference for an entire generation of contemporary composers. Among these we have Peter Broderick, the 1987 American musician and composer from Carlton, Oregon (actually based in Portland), who on the occasion was used to collaborate with Nils and because of this the two in practice started getting to the location every month or two for a while because of recordings or for concerts, so that the Church became for a the two friends and composers a familiar place. They also got the keys to the Church! A place who Peter defined litterally ‘a dream to come true’ for anyone who likes reverb and the combination with the beautiful old Bosendorfer piano in it. An eclectic figure into contemporary music, the multinstrumentist Peter Broderick has through the years collaborated on recordings by M. Ward, Zooey Deschanel, Dolorean and many others. He played and toured with numerous group and took part to several collaborations (among these, he also released two LP along Nils Frahm, who I mentioned before) and for a long time he was a stable member of the Danish indie group Efterklang. He had just released a few months ago his seventh solo album, ‘Partners’, earlier he decided to publish this EP containing five tracks he recorded completely in Grunewald on the same night and reunited for this release, despite the fact the songs were previosly released as a part of a split album on a small Japanese label and on a compilation. Out on December 9, 2016, Broderick gave the EP the simple name of ‘Grunewald’ in the willing to both pay homage to the place and on the other hand to intend that no artificial reverbs or delays were actually used into the recording process, but only the natural sound of the Church. The first track, ‘Goodnight’, it’s a ultraminimalist solo performance on piano. Mostly emotional, it has got what I use to define as a cinematic atmosphere. The main composition into its complex it’s very simple, but true effective of course also having the proposals to ‘use’ some way the structure of the Church as a particular amplifier and dissusor of sounds. In ‘Low Light’ Broderick proposed a much more rhytmate composition. Almost dark and solemn, much more classical than the previous one and with suffered suggestions. The crescendo it’s of course, later than emotional, an ‘excuce’ for experimentalisms, he also practised on the usage of another instrument, the violin (‘Violin, Solo n. 1’), a short solo session for strings alterning lights and shadows and making of the Church a true instrument like dilating spaces as Grunewald was metaphorically a ‘philarmonic’. ‘It’s a Storm When I Sleep’ follows as a natural extension of the solo for violin. The sound litterally vibrates all across the space of the Church reflecting itself on the glass windows like it was made by ray of lights. It’s the most interesting moment of the EP. Fascinations are of course out from the minimalist tradition into modern compositions but not so far from intents of the so-called post-rock experiences, demonstrating in this particular case that it isn’t absolutely necesseary at all to try to be magnificent, splendid, sumptuous to express deep, tense and at the same time also violent emotional feelings. ‘Eyes Closed and Traveling’, the ending track, it’s the coda of the central moment of the EP (‘It’s a Storm When I Sleep’) in which the composer some way played the piano recalling at him all of the vibrations he spread on the duration of the entire session. He gave up playing, he stopped, all of the notes calm down like waves swashing after they break on the shore.