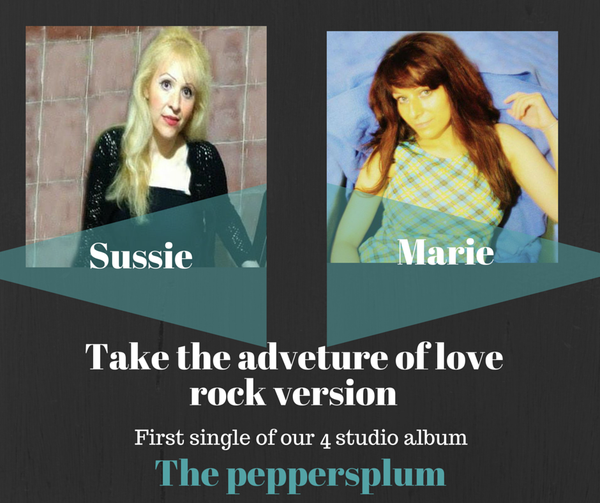 Sussie and Marie Fernandez are two Mexican sisters, but you can forget right away Mariachi and other cultural – folk stereotypes.
In fact, the Peppersplum was born as a duo in England and, despite the two sisters cite the Beatles and the U2 as major influences, what comes to my mind listening to this interesting single, are the Strawberry Switchblade and all that jangle pop sound from Scotland / North England in the late ’80s.
It is an evocative dreamy pop, with persistently delicate Velvet Underground-esque guitar chords, almost to induce a kind of watchful narcolepsy. It’s a defined musical aesthetics, then, but not without personality, catchy melodies and chorus that, these yes, remember those canonized by the Beatles.

It is a pleasing flow of sound, almost indolent, that cannot help but listen again just finished.
The single is also available in Spanish and both versions are also remixed by DJ Matthew Valde.
The Pepeprsplum are currently working on their third and fourth album which will be titled “Fast Love Volume 1” and “Fast Love Volume 2” and my advice is to stay tuned and keep the well-erect ears.