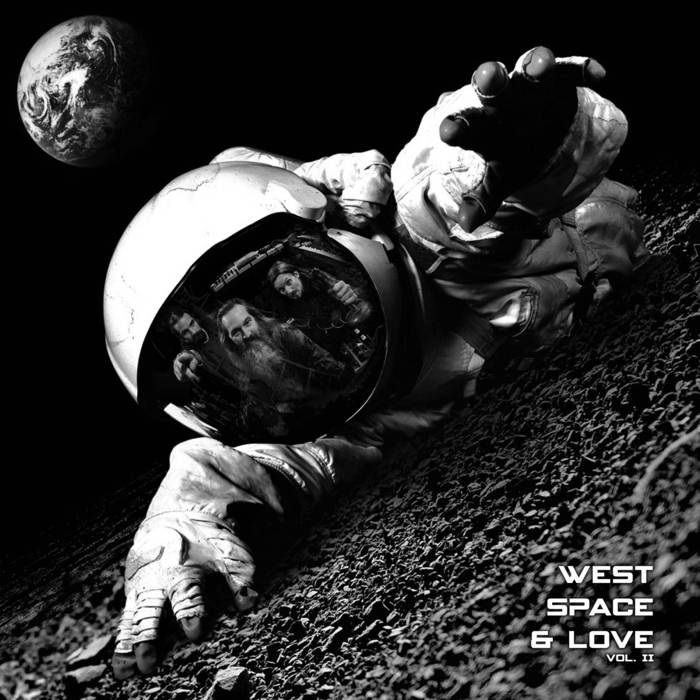 Does still make sense nowaday talking about space music? I mean, does it have sense when apparently exploging space and the cosmos definitely lost its appeal. Let’s face the truth. People generally don’t give a fuck about exploring space. There were some tryings to invert this trend with very expensive sci-fi cinema propaganda. ‘Gravity’, ‘Interstellar’, ‘The Martian’… Movies that on the other hand were also stand into the mediocrity of the cinema productions of the last years. Neither the news relating the discover of the presence on water on the surface on Mars changed the things. People continue to be generally uninterested in space. Of course, the majority, myself for first, and I consider myself very fascinated and interested in space exploration, don’t know much about this and what are actually the progress in this sector of science. Media neither.

This doesn’t mean that there’re actually no any new discover into space exploration and about the cosmos generally, but these new discoveries are not something which could attract the attention of who is not into science and in many cases they could also be of difficult comprehension. Third point, and this is not the less irrilevant, people could find interesting sending satellites around the cosmos or drones exploring and investigating of the surface of Mars, but that’s not exactly the same than see someone walking on the moon. 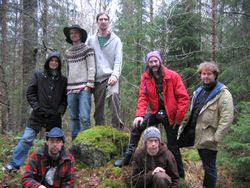 What did Neil Armstrong say on the other hand? ‘That’s one small step for man, one giant leap for mankind.’ He never mentioned about drones or robots. Who fuck really cares about them. Do you know who was the last man to put a foot on the moon? He was Eugene Cernan (Apollo 11 mission). It was the 14th of December 1972.

As consequence, because I’m born in 1984, I’ve never seen ‘live’ a man walking on the moon and who knows if I’m ever going to see a so exciting and incredible event in my whole life. What we read about reaching the surface of Mars, it’s actually bullshit. Much theory and no concrete plans at all. Without considering among them something that was in practice a giant fraud, like Mars One, the organisation captained by Bas Lansdorp.

Noone in truth has got a real plan to reach the surface of Mars and this is not only because it will be actually a very expensive and difficult mission, but also because noone really see any concrete reasons to do it. There’s not so much need of propaganda as during the Cold War, it seems, and there’re not economic returns from an operation like this at the moment. While thiking to establish there a permanent community it’s actually something impossible from a logistic point of view. 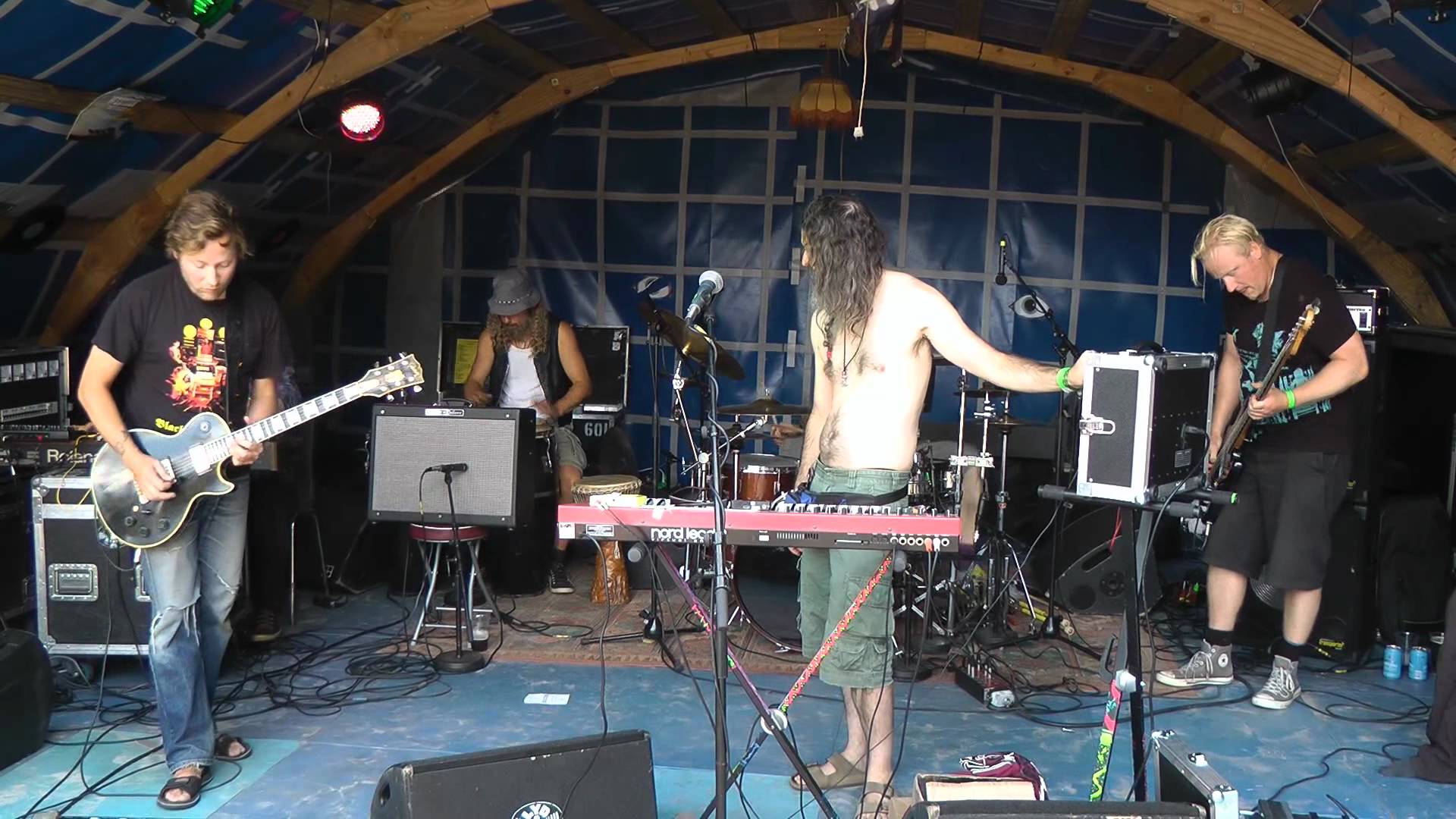 But of course, as I say intended before, I don’t consider impossible to reach the surface of Mars. Probably if the two superpowers US and China would find and agreement and decide to collaborate on this, it would be possible. Perhaps with the help also of private organisation (how not to mention Elon Musk, the founde of SpaceX and probably the most relevant ‘mind’ and at the same time brilliant enterpreneur of our times) that would find it surely useful if not for economic reason because of publicity. But there’re actually no sign that this would eventually happen. On the other hand, speaking in term of international politics, we have to consider than while Barack Obama tried to have a good relationship with China, Donald Trump haven’t started the same way of his predecessor, attacking directly Beijing via Twitter and making for the first time a telephone calling with the leader of Taipei, Tsai Ing-Wen, the first time this happened from when Jimmy Carter sad that there were only one China, the one with the government in Beijing.

So. Why? I mean, in a conceptual sense, cosmic music and space rock got their inspiration also from the visionary idea that the exploration of space and possibly the discover of new worlds to be colonised would eventually be at the same time a way to punt an end to fortress wall in every possible sense (we are talking to something that took place during the sixties and especially the seventies and when Europe was actually still splitted in two parts), because of politics, because of science, because of were all the schemes and the prejudices and the moral rules of a society which really need emancipation in every possible sense; because the exploration of space was intended also as something which was at the same time an exploration of the true essence of the mankind, a spiritual trip inside ourselves. Something that it’s not exactly a religion, but some way necessearly related to spiritualism and social issues. 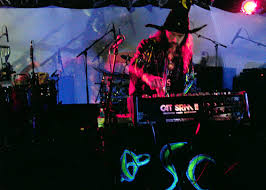 On the other hand, it’s well known that, starting from the psychedelic music explosion of the sixties, space rock and cosmic music found from the beginning their breeding ground and their own dimension in what were collectives and true communities, being an expression of anti-establishment counterculture phenomenon that developed first in the UK and in the USA and then spread throughout the Western World between the early 1960s and the mid-1970s. At the same way, kraut-rock developed in a similar context by the encounter of the American and British counterculture movement with the 1968 German student movement, a class of young, intelectual continental listeners, while nuclear weapons, pollution and war inspired protest and activism. The avant-garde minimalist music was yet emerged in the early 1960s with the works of Americans La Monte Young, Terry Riley and Steve Reich that yet used drones and loops often with synthesizers and space in a kind of psychedelic and space-oriented music. Originally conceived as a form of free art, in the years kraut-rock became a true musical genres with the emerging of bands as Can and Cluster, until Popol Vuh, Tangerine Dream and Faust started using electronic synthesizers and advanced production and the term, ‘kosmische musik’, became a reality.

As consequence, even after so many years, the form of collective or improvisional jam band it’s still nowaday the format generally adopered by who is into space music. The biggest realities in these sense, in fact, haven’t got what we could actually define as a consistent and static line-ups, but rather they are true collectives with musicians dropping in and out of the band for shows and recordings. The first and probably most known example in this sense are of course the Acid Mothers Temple of guitarist Kawabata Makoto (born in Osaka, Japan), but there’re many realities of this genre also in Europe. Especially in North Europe and one of these it’s actually the Oresund Space Collective (they are named after the Oresund strait, which separates Denmark and Sweden), formed in April 2004 and as a true international collective group of mainly Danish, Swedish and American musicians. They started playing several jam sessions with not set members of the band and a costant rotating and expanding line-up until the first release, a self-titled promo of 30 copies. In practice the first one of a long series of what the band itself it’s used to define as, ‘Totally Improvised Space Rock!’ 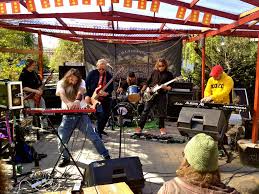 Recorded in Stockholm, Sweden, on Dec. 4-6th, 2015, their last release, ‘West, Space and Love II’ it’s ideaologically the sequel of the first chapter, actually released on March 31, 2012 and consisting in an acoustic instrument record with members of Siena Root featuring chilled out Eastern guitar, sitar, hand drum and synthesizer pieces. All improvised. Of course. The recording sessions of this new album consisted int two parts. The first one done between the 4th and the 5th in the Shadra and Root Rock Studio (bass and drum Kit). The second one, consisting in live overdubs of max. two takes, was done on Dec. 5th and 6th. The mixing was done in December by KG and Love. The album was recorded and mixed entirely analog.

The result it’s something that inevitably would sound in a way easily to compare to what are the sonorities of a fundamental band of the kraut-rock genre and also one of the most productive and eclectic and multifaceted. I’m talking of the Tangerine Dream of  Edgar Froese, who unfortunately died last year because of pulmonary embolism.

The eleven minuts of ‘Floyd’s Dream’ are a typical episode of evocatice kosmische music consisting in a costant and repetitive arp of synth in a style similar to the one of ‘Autobahn’ by the Kraftwerk sorrounded by rhytmic electric guitar and distorting solos.

But the album goes on exploring all of the aspects of the space rock and cosmic music. ‘Khan Paan’, with the evidence of sound of the santoor and of the violins, reprises an ancient tradition into psychedelic-rock music that has always watched since the beginning to the Eastern traditional sonorities. Going on into the listening of the song the groove becomes more and more enchanting until the end when it succeds also the entry of the electric guitars. ‘2002’ it’s a short instrumental episode dominated by the sound of the synthesizers over the sound of the drums and modular elements of loops from a bass-station and the use of delay pedals. ‘Pig In Space’ it’s a completely crazy episode of space rumorism with a massive usage of a invonvilg drums patterns and where sounds evocating sambas reproduce what were actually ‘oinks’. 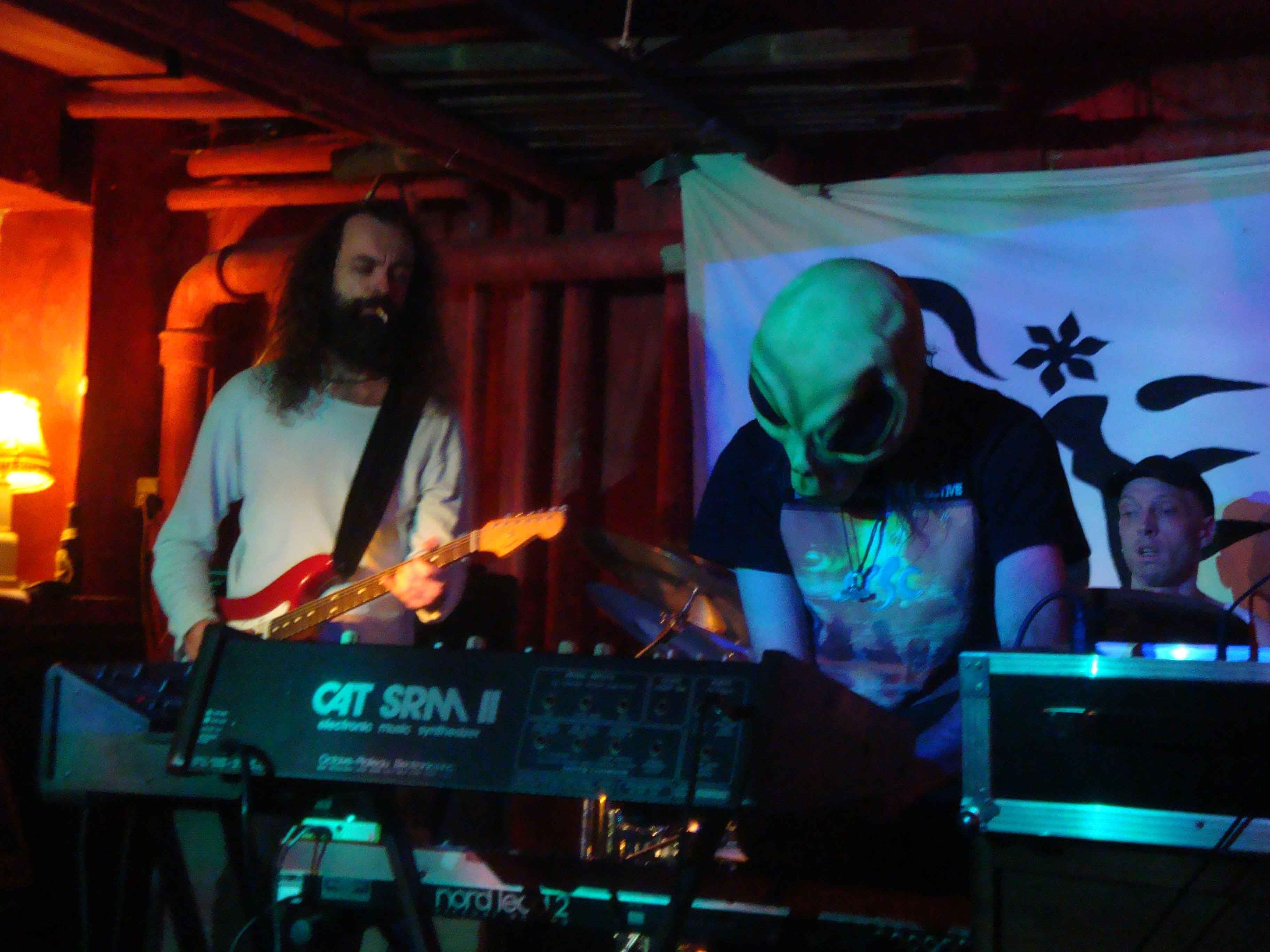 If ‘Anybody Out There’ it’s a quiet meditative episode, that makes you really feel like you’re floating in space and watching through the visor what’s actually the deep space all around you and without take any consideration about where’s your body directed to, a kind of new age experience and ending into a foggy question mark about your future; on the other hand ‘Oscillations in D Minor’ and ‘Time Compression’ are evidently the most well succesful episodes of the entire album and what could possibly be considered two modern classic episode of space rock psychedelia. Both of the songs are in practice psychedelic journeys into space and at the same time a contemplative survey of the universe outside and inside ourselves. A process of trascendence experience and philosophy taking elements from Eastern culture and because conceived to be completely improvised, also episodes of expressionism and avant-garde art and music.

Don’t know if speaking about this album I answered to what was the initial question. ‘West, Space and Love II’ it’s a release which I would surely suggest to who is passionate of kraut-rock, psychedelia and obviously space music, because despite its extemporaneous and totally improvised character, Oresund Space Collective reached in making what I consider a very good work. The fact it was totally improvised and inspired to the traditional ‘kosmische music’ and paying attention to different musical tradition and to the sempitern heritage of the Eastern philosophy, suggests that Oresund Space Collective are still inspiring themselves to issues that on a conceptual plan are the same of the several communities spreaded throughout the Western world during the 1960s and the 1970s. The era of the exploration of space. Much more than fourty years separated us from the day Eugene Cernan walked on the moon, probably governments, public and private organisations aren’t actually do all of their best to give a new impulse to travelling into space and explore new frontiers. I don’t know. How could I on the rest give a very accurate opinion about this, having not specific competences in science. What’s certain it’s that mankind hasn’t stopped to dream about space and at the same time, many things are changed from the sixties and the seventies, but things like ideologies haven’t died like many people substain and other suggest. The revolution it’s some way still going on and on. It’s all around you, when you get in touch in a positive way with the others, and inside you, when you find a balance into the troubles and the several storms which afflict your soul. Let’s get this over, guys and then, mentioning our old-mate Buzz Aldrin, ‘Get your ass to Mars!’