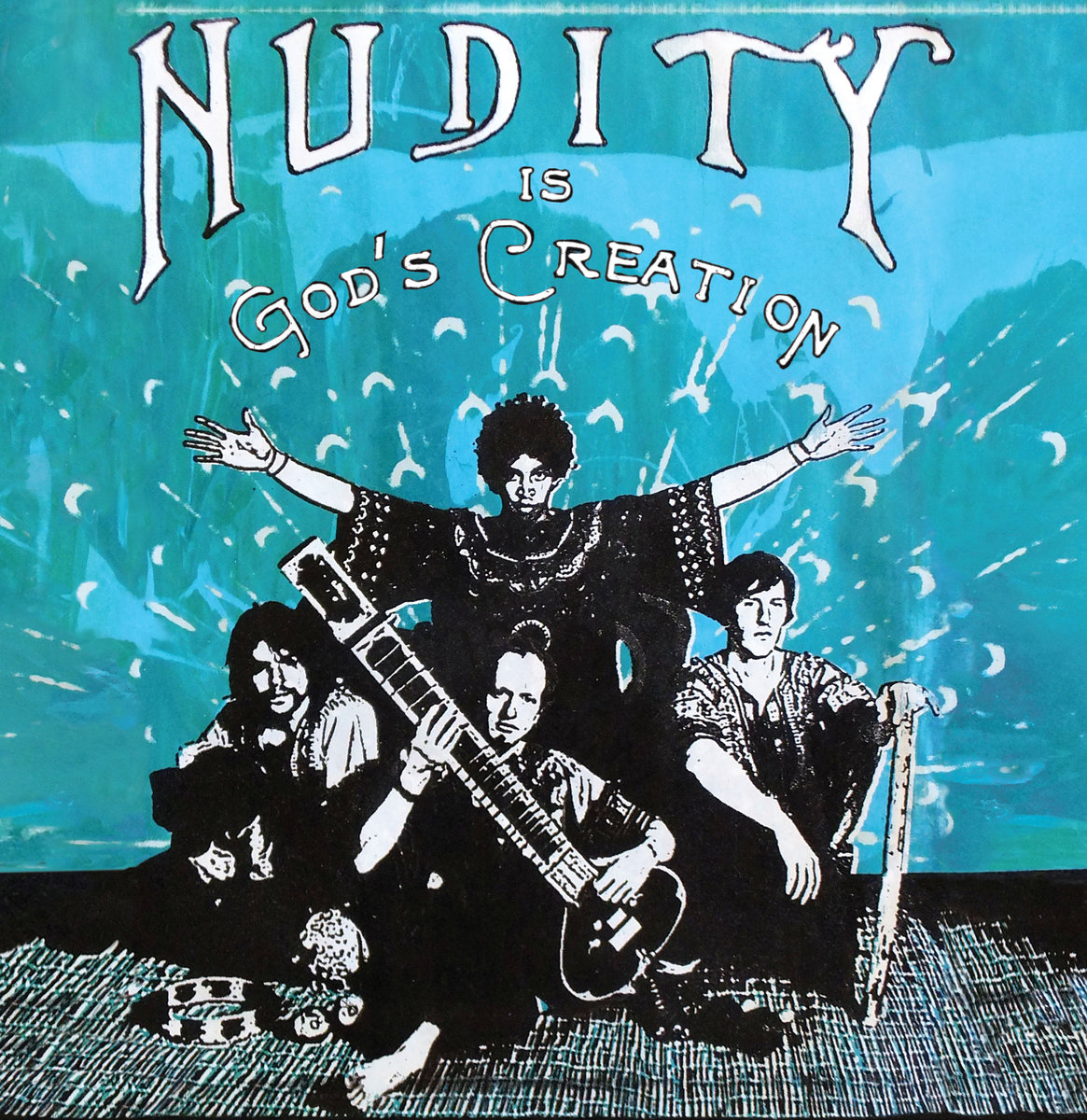 Nudity is a fiery collective infected by drone and heavy psych sensations, full of ecstatic questions, krautrock, free jazz attitude, heavy jazz rock, punk, devastated drifts and free flow of consciousness that hitchhike for intergalactic travels powered by acid test.
This is a retrospective collection covering the period between 2005 and 2010 and is a must, because some of these songs were published piecemeal from esoteric labels, mystics record, followers of meditation and are difficult availability. Well did Cardinal Fuzz to collect them in this double monolithic vinyl, with the addition of some new songs and stunning and unusual mantra live performances.
The Nudity appeared as dropped from a spaceship to travel out of the body, in Olympia, WA, in 2004, consisting of the sick minds of Dave Harvey on guitar and Jon Quittner on bass (although here, it’s Josh Hayes of the possessed Feral Ohms, which he was added last to the band, which plays the most bass parts) that co-opted later Eryn Ross on drums from Growling.
Here we got a band playing the music that can make crazy surveys on the Richter scale, sparingly revealed and published in mythical CDRs and 12 “, ragas colored with transparency kaleidoscopic lights, distortion, fuzz elevation drone that goes beyond the concept of saving music, meditation shouted and whispered, great fluctuations candid ears, ideal soundtrack for reactivation of lost synapses.
If “Now I’m Resting” is a breakneck race down to low ropes and schorcer guitars blaze, “Moon Druids” is an assault which grants some stop & go with fuzzy guitars that seem to suffocate and then rise again over the volcanic matter, almost as if the wall of sound created wanted to imitate the volcano, or perhaps meditates to destroy it by its distortion.
“Rubicon” and “The Nightfeeders” are part of the most dilated moments, the voice are pretty ossianic, almost reflective interludes stained by tantric inspiring / aspiration. Ragas are chasing each other in existence runners with a Teutonic gait, mathematical precision and mastery of detail.
This album is good both for interstellar travel than for those within one’s own being. Don’t believe those who will tell you that it is to flip. This music spacing out and you don’t need anything else.