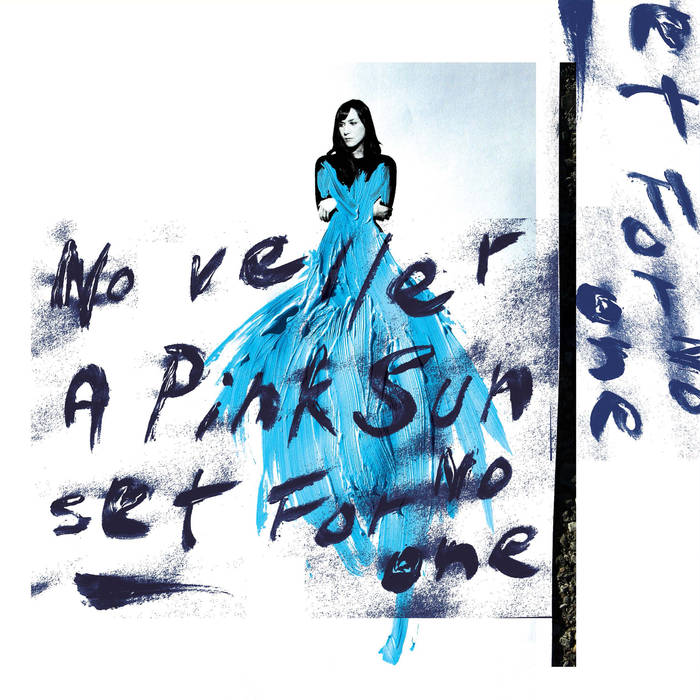 Noveller is the moniker that defines the solo musical project of talented guitarist and film maker Sarah Lipstate. The Texan artist has already worked with Rhys Chatham’s  Guitar Army, Carla Bozulich, Cold Cave, JG Thirlwell and Glen Branca’s 100 Guitars Ensemble.
This last chapter of her musical excursion sees further exploration of an expanded sound, like minimal and impertinent waves ready to wrinkling on themselves. A process characterized by significant changes over the years, inspiration that has changed its own expressive urgency fees, the initial metal-droning, with digressions from ambient noise, leading to the current transcendental inspiration of a reflective music that escapes, however, the quicksand of a protean ambient, ungovernable, in which the boundaries are not defined and the music seems to live its own life, free of any border and logical development.
Sarah Lipstate has, however, clear the objectives she wants to achieve and the necessary path to take in structured musical architecture fascinating solutions.
The title “A Pink Sunset For No One” intimidating, warning that tomorrow will not bring happiness, and the intense sound development provides emotional support, perhaps a momentary escape, tangible possibility of meditation, a humanity more and more forlorn.
Are majestic sounds caused by the notes of ethereal guitars, repetitive chords in the tradition of the minimalism less fundamentalist. Mantric repetitions reminiscent of the obsessive Michel Nyman keys beating and the delightfully autistic sounds by Soft Verdict.
“Rituals” is a tribute to Steve Reich’s “Music for 18 Musicians” is bursting with sounds of concentric metal tides, digressions that are grafted on dream theories, strings of guitars that are hidden to find themselves again in a droning and hypnotic celestial effect.
After the interesting album of 2015, entitled “Fantastic Planet”, Noveller was invited by His Majesty Iggy Pop to open his concerts in US and Europe. Hitting the road with Iggy was, undoubtedly, an electrifying experience and “Corridors” and “Another Dark Hour” tries to describe the adrenaline fall out and the sense of inadequacy that you undergo when you return from the excitement of the stages to your day by day life.
It is a fragrant album of cinematic tastes, experimental soundscapes, full of musical eloquence to define a highly and sought transcendence, easily reached with a colorful otherworldly imagery. A delicate and precise work as the product of vivid watercolors, colors mixed with psychotropic substances, delicate swirls and maternally welcoming towards stimulating meditations.
Sarah Lipstate is one of the Iggy Pop’s favorite artists and not struggle to imagine him, in the evening, sitting in his armchair at his home in Miami, intent on tasting a glass of that bad Californian or Australian red wine, he use drinking and, after a day of meditation in front of his Japanese carps and the inevitable moisturizing massage, lulled by the beauty of this record.