The big question is. Where the fuck were the rock songwriter of my generation? Born in 1984, when I started to listen to the music, me and mostly all of my same age, get inevitably into grunge music and bands like Nirvana, Pearl Jam or Soundgarden. Something that in practice, when it was 1997 or 1998, in practice when I started attending to high-school, appartained to the past. Songwriters like Andrew Wood and Kurt Cobain, two icons of that generation, were passed away ande what remained what’s in practice just fucking business. Televisions continued to propose this music for years because the figure and the charisma of Kurt Cobain was actually something really special (despite the fact he probably didn’t want to, he was a true rockstar) and that of course for them ‘worked’ and that works still now. But who the fuck were the rock songwriter of my generation? What happened then, it was that major labels bought hundreds of smaller indipendent ones trying to propose sonorities like those and they did, but the result it was obviously shit. You know, watching behind and referring to my past, I have now perfectly realised the convinction that at the time we really hadn’t got any concrete ideas of what was actually happening in the world and much more than this, we didn’t know a fuck about ourselves. Not necessearly talking about big issues and the so-called macrosystem. We didn’t know a fuck about ourselves and who we were and our everyday life. We didn’t give a fuck about staying together in a concrete way, having confrontations one with the others, neither we did know anything about love. They told us to look at these people who were actually dead and light years from our everyday life. 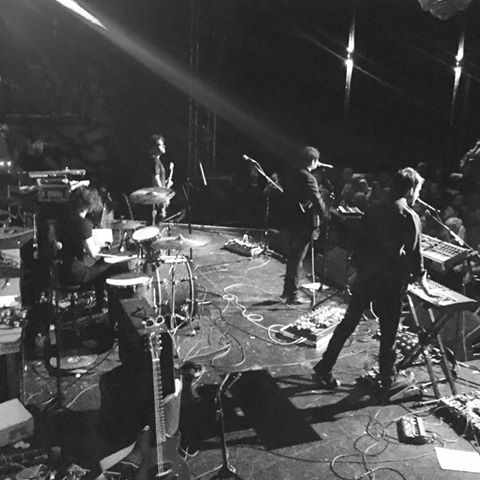 Of course there’s more than this. Naomi Klein published ‘No Logo’ in 2000. I really appreciate her, so I’m not denying or criticizing her work, but what she wrote it was mainly referred to something that was actually happened in the past (and of course with an eye to the future, she’s actually a very brilliant writer and critics, indeed). When an year later Carlo Giuliani, may God bless him, died in Genova, Italy, during a protest against the so-called G8, in practice everything of what Naomi Klein wrote, about the creation of a great international social movement critical of the globalization of corporate capitalism, seemed to have got in practice no sense at all. Everything was coming to an end. The flame still burned for two or three years because Osama Bin Laden and the Afghanistan and the Iraq wars. Then everything stopped. I imagine it will probably still exist an international movement of that type, but reading the newspapers or watching the televisions or adopering the ‘typical information channels’ on the internet, do you generally get into information about that? Just to mention, we’re actually fighting a war in Iraq (again), can you tell me something about it?

Don’t want to touch anyone’s sensibility, it’s not  my intent, but in practice I consider out generation it was like they gor our jelly. Many would probably not agree with me, this also because everyone is generally going to rivendicate what was part of his youth and of his teen-age years, which the contents on the other hand remain generally dominant through all the duration of their lives. It was like what happened them it’s in any case worst than that magic era, you know, but this of course was the same for the previous generation. It’s always the same shit and it’s the same for my generation that on the other hand appearently had really got nothing to claim. 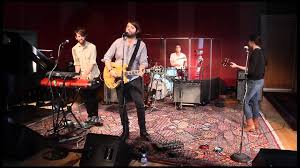 World changed a lot in the meanwhile. I mean, our society changed radically because of internet (mainly) and as consequence also changed the world of music and a new generation of songwriter emerged. Most of them were and are still now connected to what’s actually the so-called ‘indie’ movement and it is for the most part composed by singers that are good for the teenage years or in other cases we have got that old kind of stereotype with a long beard and big eyglasses, giving him a forced nerdy appearence, and singing songs much boring than the one of the intelectual songwriters of the sixties.

Not anyone of course is bad. Matt Elliott, Sufjan Stevens (the first two they come up to my mind right this moment) are two I actually consider good songwriters. I really appreciate them. But what about the rock and roll music. Name me a good rock songwriter emerged in the end of the nineties or in the first part of the new millenium. It could seem strange, but surely we’re going to find some better examples of songwriters who really mean if we pay attention to other musical genres.

For all these reasons, and because of his incredible beauty and grace, this record which is actually named, ‘A Little Death’ (the French term for ‘orgasm’, but standing to Jeff Klein this time also a concept which does mean the end of a phase and in this sense also the moment for a new start), is what I want to define a sort of little miracle. Because, fuck, finally we have contents who really care. Out via Washington Square, the new album by Austin based group My Jerusalem has got the characteristics I was looking for. Apart the fact it is with any doubt a fucking good rock and roll album, we’re finally approaching to who I want to define a really good rock songwriter, Mister Jeff Klein from Newburg, New York, an interesting personality that far from being eccentric, he is really fully immersed in the context of the society we live nowadays and whose the songs, despite he don’t want to define himself as a political songwriter (effectively he isn’t, it would be a strictly and limited definition in fact), are about living in weird, fucked up, dark times right now. 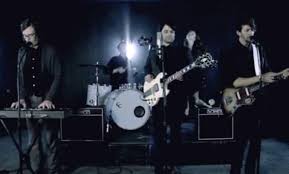 Of course he had to pay his dues before he finally find his way and put together an his own band with who he is now continuously working on his music. He moved to Austin, Texas, in 1999, when he started recording solo albums and later taking part to a lot of collaboration with artists like Ani Di Franco, Ed Harcourt and especially Greg Dulli and Mark Lanegan. He became the keyboardist for The Twilight Singers and later he toured with The Gutter Twins (along other future members of My Jerusalem, Jon Merz, Kyle Robarge and Grent Van Amburgh). Experiences that were evidently central and heavily influential in the formation of Jeff Klein as a musician and a songwriter, a relevant heritage when he started My Jerusalem in 2010 and the dominant skills with his voice, which has been defined ‘a smoky voice with e bruised world-weariness’.

The band and the lyricism and the voice of Jeff Klein in particular has also been compared to the one by Tom Waits, but to be honest, I don’t see similarities between this two artists and vocalists. On the other hand, if I didn’t know exactly to who compare his voice, it is undoubt Jeff Klein is definitely a good singer. His songwriting on the other hand would rightly being compared to the one by Greg Dulli or Mark Lanegan, bluesy and dark tones would also make you think inevitably to Nick Cave, also if the sonorities aren’t exactly the same of his complex.

Album opens with ‘Young Leather’, an electric thrilling blues with some references to the southern vibe experiences and piano rock with the usage of trumpets like rock and roll was exploding into a choir of wind instruments from a big band orchestra always dominated by the supreme singing of the vocalist (listen also to ‘Dominoes’).

‘Rabbit Rabbit’, the song which anticipated the album, reprises the style of a band like Interpol because of the wave guitar arrangments and the usage of the synth. Jeff Klein told about the song that it is about rituals and a superstition he had when he was young and he was giving a particular mystical power to the world, ‘rabbit’, if you were going to say it loud multiple times when you wake up on the first day of every month. Thrilling chances and electric flashing guitars exploding (‘Jive For Protection’) into your mind making you rather gambling on you dreams than settle for a sure thing because times are always uncertain and so we are everyone in our suburban solitude.

Pervaded by dark atmosphere, we have rock ballads like ‘It’s Torture!’ that could eventually make you thing to Nick Cave because of the singing and to certain softly and slowly sexy arrangments of the guitars in the style of The Afghan Whigs of Greg Dulli. ‘A Little Death’ it’s an album mainly incentrated about living in big cities. Jeff Klein it’s the same than Greg Dulli (‘Eyes Like A Diamond’) for Cincinnati, Ohio, or Paul Westerberg (‘Flashes’, ‘Young and Worthless’) for Minneapolis, Minnesota. Noir atmospheres like you were immersed in an hard-boiled romance and giving you the illusion to be a solitary hero like for example Philip Marlowe or Sam Spade of Mike Hammer, dominate the album, sinking you down into the reality of the city you’re living in. ‘No One Gonna Give You Love’, a rock and roll ballad about love with desperate tones and bluesy taste; atmospheres smelling and permeated by the smoke of a cigarette (‘Done and Dusted’) ending with the vibrato and the distortion of the guitars; piano blues played into an half desert club at night, when out is cold and there’s no one around than you and you hear that lost tones like they were the only things you could definitely attach yourself with all your strength to not definitely fall down and get lost completely (‘Chrysalis’). 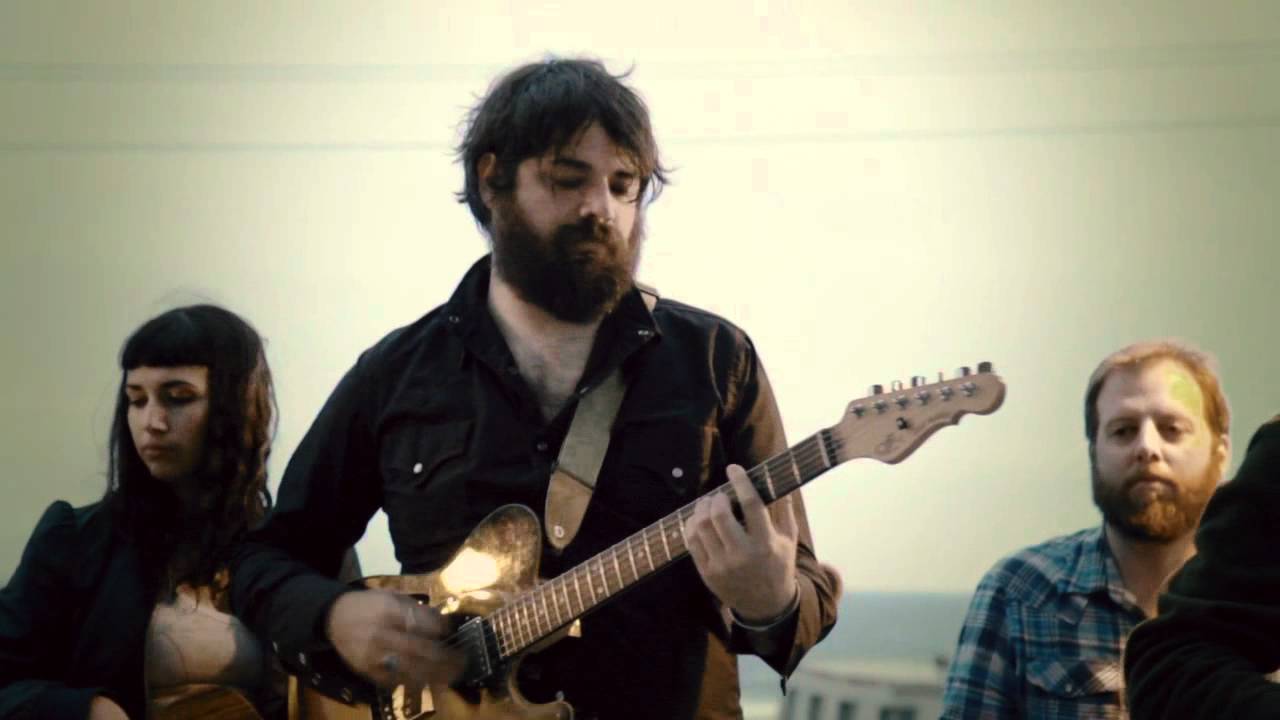 Jeff Klein talked about an album that’s definitely part-modern but also part-throwback and this is inevitable because we are in any case talking about rock and roll music and of the same old tradition of the blues, considering it as the music to heal your soul and to make feeling strong sensation to your heart, the music made by and for who is alone and emarginated and because of the looking for companion. He, Jeff Klein himself mentioned, ‘The Warriors’ by Walter Hill (USA, 1979), based on Soul Yurick’s 1965 novel of the same name, a movie set into a big a city at night, where people get around throught the streets randoming and trying to get a sense to their lives and to not get definitely cancelled by what we could define as ‘the big whole’. Guess this is an album that would just be great for everyone who feel like he was actually alone and who has the convinction (right or wrong) that noone is gonna ever going to save his soul. It won’t of course give you any response in this sense, you only could eventyally save yourself and maybe find how to do it while the music and the lyrics (‘The City Is A Cannibal, I Think It Will Swallow Me’) slowly were being blowed by the wind across the street out of your windows glass. Everything we need to do now, it is to get out.