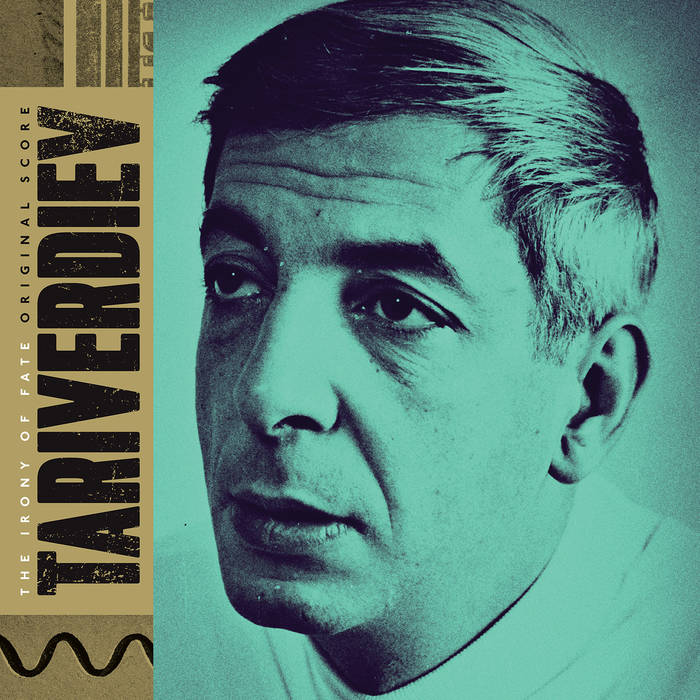 Eldar Ryazanov was a maestro of Soviet Cinema that became known thanks to his comedies that told the daily life in the U.S.S.R. with a poetic and ironic look, satirical plot hidden in the folds of the plots so as to constitute surjective political unrest, light enough to escape the censorship scissors.
When he died, in November 2015, he left behind an astonishing fifty year, thirty movie legacy and of all of them, the one that remains the most popular is “The Irony of Fate” a comedy realized in 1975, and whose soundtrack  is became famous as the movie itself, and maybe even more.
Mikael Tariverdiev has born in 1931 in Tbilisi to Armenian parents, he was to go on to score over 130 movies, write blackberries than a hundred romances, ballets, operas and vocal cycles and, like Ryazanov, receive many awards.
In 1975 in U.S.S.R. there were still the gulags, the K.G.B. and the high ideals of Communism promptly betrayed by the oligarchy in power. The limitation of freedom was daily and it is easy to imagine how these songs have grown over time, changing from a simple accompaniment of images to become the crowbar to force the Iron Curtain and enjoy a holiday by the Cold War.
It is a very evocative music, in some cases, as in “Expectations Of The New Year”, didactic, which maintains a strong connection to the Soviet folklore without mediation, as if to proudly dip the lounge flavors of the Cocktails Generation and Esquivel and Martin Denny in cheap vodka and in its Western exoticism of the listener.
Of course, nothing new for the rest of the world, fresh from years of “77 Sunset Street”, with teen-agers who were dancing the “Kookie Cha Cha Cha”, worshiped the Tiki God, and lived in bacherlor pads with hi-fi stereos full of glamour inside of them. However for young Soviets this mixture of new sensations, with openings to Serge Gainsbourg, use of mellifluous  xylophones and talking over was to represent an escape from the daily dullness and frequent depression.
I like to think that these songs have been an important element in the people, awareness participant  of that process culminated in Perestroika, similar to those of the Velvet Underground that had so much weight in the Czechoslovak Velvet Revolution, when president Vaclav Havel and others dissidents used to listen to them locked up in the prisons of the regime.
It is an interesting album from a historical allure almost revolutionary, with more important in political terms that the musical ones. Music that can awaken consciences, leading to knowledge of the oppressed masses, but not at the same level of the heavyweights of the Italians, English and American soundtracks Maestros that dominated the film industry of those times.