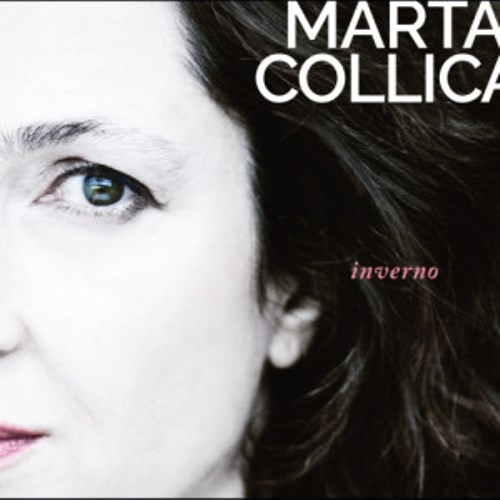 Out today the last album of the singer and songwriter Marta Collica from Catania, Italy. One of the most relevant Italian artist and musician of the last years and a long-time traveller all around the world and mostly Berlin-based, notable because her solo productions and because she has collaborated through the time with artists like Hugo Race (they co-own the Sepiatone project).

Involved in a unquantifiable number of projects, her last album (twelve songs she wrote in the last years and now out in a ‘collection’ produced by Brio Taliaferro) is out today March 24, 2017 via Brutture Moderne/Audioglobe and follows from a long time the previous ‘Pretty and Unsafe’ (2007) and ‘About Anything’ (2009).

A long silence (only apparently of course, because as I told before, she has never stopped making new music and performing live or working in studio into recording process with other artists) that possibly gave a meaning to the title of the album, ‘Inverno’ (actually: ‘Winter’), which probably does it will refer to the season which is tipically the one in which the nature, standing at its ordinary way, takes a break before everything come finally to a new and renewed life.

That’s the overcoming process of a phase (I consider actually the same for every possible release) and it won’t be a surprise to discover into the contents of the songs at the same time melhancholy and impressive suggestions like variegate flavours and coloring like the light when it is reflected on the covered-ice floor of the street in wintertime.

Recorded with the typical Marta’s lo-fi attitude, not a news in her case, into the album she collaborated on every songs with Cam Butler and Déko later than with Catherine Graindorge, Giovanni Ferrario, Giorgia Poli, Davide Mahony, Hugo Race.

Properly at Cam’s house she started recording the album, before getting on into the process all around the world while her and Cam where eventually touring performing live.

Not because of this, neither because there’re songs both in Italian  (‘Dov’è che finisce’, ‘La fine dei segreti’, ‘Inverno’, ‘Vero come te’) than English, the album it’s not some way what you could consider as a ‘unicum’.

That’s effectively the same of the ray of lights I mentioned before. They’re apparently various, but the light, well, that’s actually (don’t wanting of course to get into science argumentations…) the same. That’s one. And this case we’re talking about Marta and her skills as a performer and as a songwriter.

A multiforming and variegated collection of songs sometimes bluesy and fatalists, reminding in this sense of course her long-time fellowship Hugo Race (‘Clandestine’, ‘Out For A Walk’); giving an eye to traditionally European songwriting tradition, the same homaged several times by Mick Harvey into his process of reconstruction of the career of Serge Gainsbourg (‘La fine dei segreti’); so-defined dreamy folk ballads (‘Dov’è che finisce’, ‘For Real’); sexy fascinations of the Berlin by night (‘Vero come te’, ‘We will know more’); groovy and catchy pop-rock songs like ‘In This Town’.

An album I would like to define beauty and accurate like it is to pay attention to the details.

Thin and imperceptiblle like the steps of a cat on the surface of the snow.