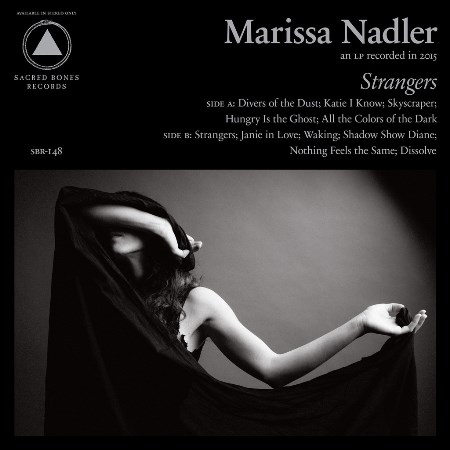 Marissa Nadler is surely one of the most fashinating singer and songwriter in indipendent pop music scene and not all, she also has got a very melodious voice and she’s a good composer too, especially known for her technique in playing guitar in a style similar to fingerpicking and that it is typical of her compositions.

An artist (she’s also a painter) born and raised in Massachusetts, USA, and here based in Boston,  she is going to release her next studio album next 20th of May. The record, which will actually be titled ‘Strangers’, will be out via the Sacred Bones label, the same which collaborates with Marissa also on the release of ‘July’ (2014), her latest album which was really well accomplished by the critics and the public: it was an universal acclaim. A triumph. 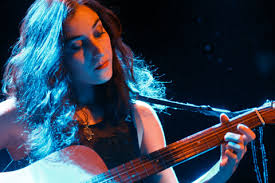 You could be fairly sure that it would be the same with this new album. First of all because after sixth full-lenght album (‘Strangers’ is going to be the seventh) she is became a very popoular singer and songwriter and she is appreciated not only from who is into indipendent music, but also from what we could define as a mainstream audience of listeners. 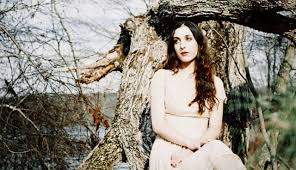 Anticipated by two songs, ‘Janie in Love’ and ‘All the Colours of the Dark’, the album it is in fact similar to the one of her last release. Anyway, I mostly prefer to describe these sonorities like dreamy and hypnotic ghostly folk songs to heal your soul rather than like ghotic folk or dreampop, two expressions I don’t really like a lot: the first one because it seems too much ‘heavy’ and also to much demanding and this where I also could recognize a soft sense of sweetness in the music and in her voice; the second because it is something usually referred to much more ‘pop’ sonorities than the one of ‘Strangers’. 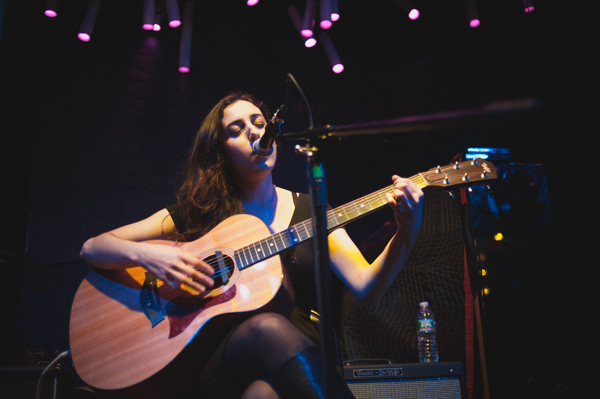 But the most interesting aspects coming probably from the lyricism of the album. In a certain sense, Marissa tries to reinvent herself and, using some techniques well-known in literature, she went into a process of depersonalization. No title would be better for this album than ‘Strangers’. But who really are these strangers?  Too easy thinking to some of the most famous songs by Jim Morrison and The Doors. But, far than this, Marissa Nadler she acted this way as a method, a kind of therapy to look at the strangers as to look and to explore inside herself. It is like when you say that you’re unlucky. When you say that you’re unlucky, it is not the same if you’re saying that you are not? In both cases, you’re saying that you’re different and in both cases you’re separating yourself from the others and this is not because you fear the others but because you firstly fear and don’t accept yourself. So, like in a game of mirrors or a kaleidoscope effect, you could do the same as Marissa did in writing these songs. Lose yourself in these dark and soft atmospheres and reflect your face into the eyes of a stranger and possibly you will dissolve yourself into thousand of parts into the shadows of different colours and then you’re back to earth and possibly you’re different from what you were before or you’re maybe the same time you’re one but you’re not alone.

You can also read this review  at: machchapuchchare.blogspot.it/