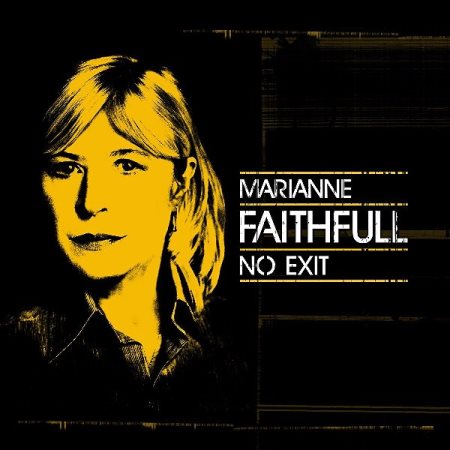 Brian Jones loved her, Keith Richards loves her and Mick Jagger did. What else? I mean, is this not enough to describe how much charisma and charme have actually this woman? Have I really to explain because of I’m so fascinated by her? I mentioned three of the greatest rock star of any time, surely the three founders of what it is actually the greatest rock band ever and, listen, because of everyone of us having the occasion was probably going to fuck all of his idols (I will surely get a fuck with Keef or Mick if I will have the occasion), you have inevitably to envy this woman. And on the other hand you’ve got to appreciate her skills as singer, songwriter and actress and her role into UK and Europe culture. Because of course she was and actually is much more than a sort of ‘groupie’. Emerged in the Swinging London scene and assumed to fame because she was near to The Rolling Stones and got into a highly publicised romantic relationship with Mick Jagger, she became really popoular and a point of reference for many young women of the time in a period in which the UK culture had probably its swansong and that is generally considered as a period of radically changes and especially for sexual emancipation and the achieving freedom and indipendence for the women. 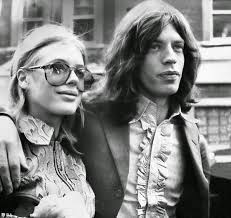 She continued to be a dominant figure in the popoular culture, despite the fact that moving from the seventies she suffered from heroin addiction and anorexia nervosa, she also got homeless, until the moment she lost the custody of her son and she was arrested for marijuana possession. But also that time she reached in be influential because of her style and at the end of that decade she released the album ‘Broken English’, what I want to define as a master album (a fundamental) that anticipated some way the new wave movement and produced by Mark Miller Mundy and registered working with musician Barry Reynolds, where she appeared completely renewed in the role of a decadent chanteuse and inspiring herself to singers like Marlene Dietrich, she adopered herself to use a style typical of the German Expressionist Theatre typical of the so-called Weimar culture, the fluorishing of the arts and sciences happened during the eponymous Republic.

I’m no longer going to talk about of all her several works and collaborations. No needed of this and everyone probably knows about it and also the fact she inevitably didn’t always make good records along the years and for the duration of her career. At this point, you would probably be right asking me if this is a review or something that just wanted to be an eulogy of her figure and I will answer you that actually, talking about this album especially, there’s no difference for me between the two things. ‘No Exit’ (out last 7th of October), it’s a live album and people generally don’t care a fuck about live album, saying that they’re generally just an occasion to make some money. Is this also the case? I don’t know, I don’t give a fuck. On the other hand I also know that many consider the so-called ‘best of’ (and similarities) as something unusual or possible shit, but this case we are talking abuot something difference. Published in recognition of her 50th anniversary (!) as a singer, songwriter and recording artist, the album is a ‘best of’ collection of live performances recorded all over Europe on her last tour and it is also accompained by a live DVD of her 2014 Budapest concert and four songs from her 2016 performance at the Roundhouse in London, where she’s accompained by great musicians as Rob Ellis (who is actually also her producer), Jonny Bridgewood, Ed Harcourt, Rob Mcvey. But, just to confirm that everyone has got its favourites, I don’t like to watch concerts on television, so I’m not going to give you any comment about this. 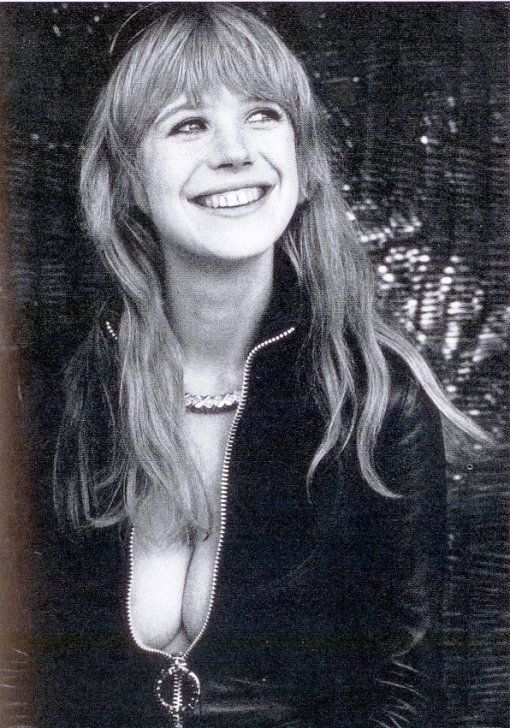 Most of the songs are inevitably out from her last studio album, ‘Give My Love to London’, that was actually a good one and including several collaborations with good artists as Nick Cave, Anna Calvi, Roger Waters, Brian Eno among the others. ‘No Exit’, far to be just a sort of best of, it’s much more an occasion to admire and to listen to this artist that in these performances shows all of her incredible skills as vocalist and interpreter and as consequence the opportunity to listen to renewed live versions of classics as ‘The Ballad of Lucky Jordan’, ‘As Tears Go By’ and ‘Sister Morphine’, in my opinion (that’s inevitable) the best moment of the album along with ‘Late Victorian Holocaust’ (the one she actually wrote with the collaboration of Nick Cave) and ‘Sparrow Will Sing’.

From the no-wave star-symbol Lydia Lunch to new wave and post-punk singers as Sioxusie or Anita Lane, from Polly Jean Harvey to Josephine Foster and to indie contemporary singers and songwriters as Anna Calvi, Marianne Faithfull has always been surely a point of reference, because of her style and her free and indipendent personality and of course because of the particular use of the voice. Definitely, if you are into some artists like Nick Cave, Tom Waits, some episodes and experimentations into the German Expressionist genres by Lou Reed or Iggy Pop, you are surely going to appreciate ‘No Exit’ and the fact these are live performances it’s in my opinion in this specific occasion an additive point to this album, because the strong emphasis of her interpretrations.

What I would say in the end about her it is that I undeserve the fact she is generally not so much considered as other artists emerged out in the sixties and the seventies. This maybe happens because of her several problems I mentioned before or possibly because to many she is mostly recognised just as the longtime girlfriend of Mick Jagger. I talked about her as a point of reference for an entire generation of women, an icon for issues like sexual emancipation and the indipendence of the women, but this definition won’t definitely be complete to describe Marianne Faithfull, a girl and later a woman who through the years and many difficults reached in the end to find a compromise with her demons and in this sense overcoming the mere definition to be an ‘icon’, something that generally speaking doesn’t express at all the qualities of a person. In this case, of a great artist and a strong and at the same time sensible person as Marianne Faithfull actually is.

You an also read this review at machchapuchchare