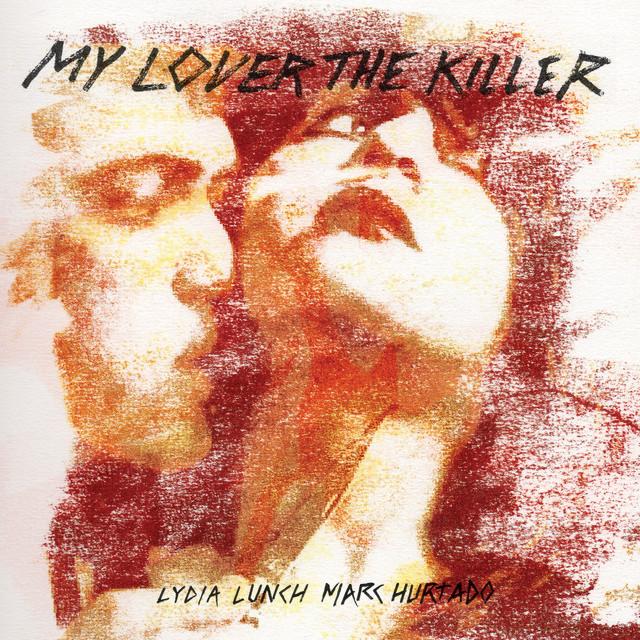 Lydia Lunch herself defined this album, a collaborative project with guitarist and rumorist Marc Hurtado (the two collaborated previously on the ‘Sexodrone’ track on the Etant Donnés’s album ‘Re-Up’ in 1999), as a ‘late night noir confessional’. A definition that it’s at the same time sinister, sexy and mysteryous, exactly like I would to define Miss Lydia Lunch, one of the most terribly fascinating bad girl in the history of the rock music. And of course a very influential artist and who across the years has never stopped in making new album and very good music and live performances (watched her perfoming live several times, she’s extraordinary). ‘My Lover The Killer’, this is the name of the album, a special release on occasion of the record store day 2016, it’s not what you would define as a concept-album and it’s neither an experimental episode at all. It’s a sort of narration, a diary of a noir thrilling happening written by Lydia Lunch, who of course wrote all of the lyrics, and with music composed by Lydia herself with the partnership of a very experimental and able musician and arranger as Mark Hurtado. Not at all. Just to add some other references to this record, consider that at the recording phase of the album they took part good musician as Terry Edwards and Ian White of Gallon Drunk, Mark Cunningham, We Are Birds of Paradise, David Lackner. Released on a limited edition of 1.200, that’s an album that would probably not fit to every kind of listeners but that who is passionate about the works and the music by Lydia Lunch couldn’t actually miss, because of its particularity and because of the lyrics, recitated in an emotive and commotional, involving mood and over a rumorist experience made by elements of the no-wave music, saxophones, urban sonorities. If you require some point of references I would probably remind you to episodes of the world of the cinema. ‘After Hours’ by Martin Scorsese (1985), ‘Se7en’ by David Fincher (1995) and, why not, turning back at the world of music, to that incredible album that actually was, ‘1.Outside: The Ritual Art-Murder of Baby Grace Blue: A non-linear Gothic Drama Hyper-Cycle’, where ritual homicide was conceived as a free form of art in a dystopian future that now it’s in practice the present. At the time the album wasn’t received very well, people were of course expecting something different from David Bowie. And the sonorities are of course not exactly the same of ‘My Lover The Killer’, but on the other hand there’re probably similar intents and conceptual contents. Overcoming prejudices and stupid appreciation and devotion only to pop sonorities, reprise possibly, ‘1.Outside’ and give it a listen to as an homage to The White Duke, and later listen to this very good new release by Lydia Lynch. You’re surely going to have what we could define as ‘thrilling time and vibrations’.