When the word was “Punk”, there was nothing to do, may be the fault of Don Letts and his nights at the Roxy, what you want, you could have all the leather jackets and Dr. Martins boots you wanted, dye your hair, if you didn’t know all the Reggae & Dub plates, if you didn’t know the difference between I-Roy and U-Roy and all other Roys from Jamaica, you were marginalized, as if they have found you at home a Pink Floyd record.

Las Kellies realize the dream of every true punk. They are good, beautiful and nice and they play punk and dub with extreme ease and are not afraid to contaminate it with white funk, ESG influences, Bush Tetras, corrosive Mutant Disco, New Wave and Post-punk. The Silvina and Cecilia Kelly sisters (just like Ramones) are back with an exciting album where they combine the new wave with the post-punk,  using some psych garage movements, sweatshirts and hypnotic, peppering the whole of moderately distorted guitars, surf vaguely tastes, sterilized contamination and dub theories. This impossible,  but perfect, balance of styles and influences is supported by a brilliant production, the sound is personal and evolved throughout the work of the two Argentine niñas, to which is added immediately after the recordings, when Ceci and Sil were in the final mixing , Manuela Ducatenzeiler on bass.
It’s twelve precious gems that explore musical territories dear to Devo, A Certain Ratio and Delta 5, perceptible influences, perhaps unconscious, and in any case here the matter is dealt with in a personal way, with great taste and innate freshness. The music is not treated superficially as can happen, for example, with the Rancid, but the sisters penetrate intimately its essence turning it into a malleable and rich state of  acute awareness tool. 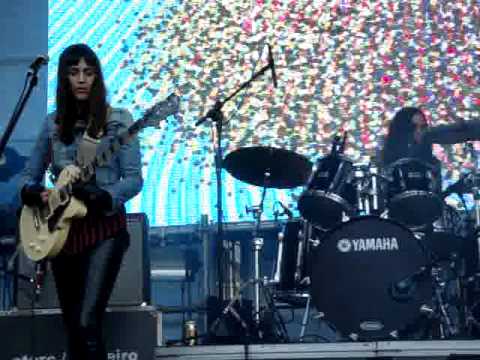 “Friends & Lovers” might look like a distancing from the dub of the previous EP, “Dubby Exposure” of 2014, but if you listen to the new work carefully, the dub techniques underlie the album’s sound aura and could not be otherwise given that the production was, once again, entrusted Iván Diaz Mathé (Lee “Scratch” Perry & Mad Professor). The dub is something that either has, or is useless to look for it and Sil and Ceci have it for sure and it does not hesitate to resurface at regular intervals. Listen to, for example, the bass played by Ceci in “Sugar Beat”. They had previously worked with the producer Dennis Bovell, the man behind of masterpieces, milestones for the development of the music like, “Y” by the Pop Group and “Cut” by the Slits.
Although live predominates often the exuberance Riot Girl-esque, with Sil that crushes the drums, like Palmolive and Ceci influences on the guitar, the disc is a delicious balance of new wave that is is cloaked in Post-punk, almost obsession with the drifts of white funk and ska rhythms freeze-dried (“Tied to a Chain”) that lead to surf sensations. 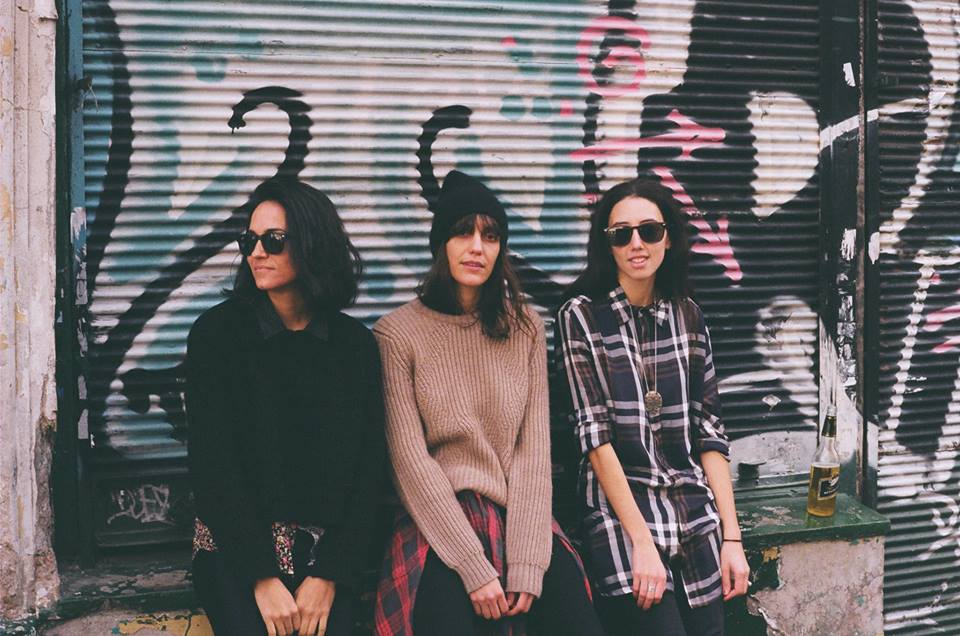 Their reference musical universe includes, from the beginning, The Slits and the entire catalog of ESG (also sisters) they also performed a cover in the past, the Ramones, especially for minimal and sarcastic lyrics , but the sound of Las Kellies is appreciated for engaging arrangements, sometimes velvety although oriented to the dance floors as can be “Sugar Beat” which opens the work and is enriched with a guitar special that can remember both the Shadows that the best guitars of the Ju-Ju Music. Other times, as in “I’m On Fire”, it’s the New Wave that predominates, almost robotic rhythms, with guitars that are more scathing bringing to mind the solution adopted in the heyday of the New Wave by the Gang Of Four and Mekons . Rhythms and atmospheres bony, almost angular, gaunt sound solutions, full of charm, with the sounds that run in the echo, full of effects, but they aren’t lost in them, because they have always a right position in the architecture of the songs.
Las Kellies are adorable, but also cruel, because if you listen to their album only once, you’ll love it, if you listen twice, you can’t help but listen to it and its rhythms will abide your head similar to a monkey on your back .