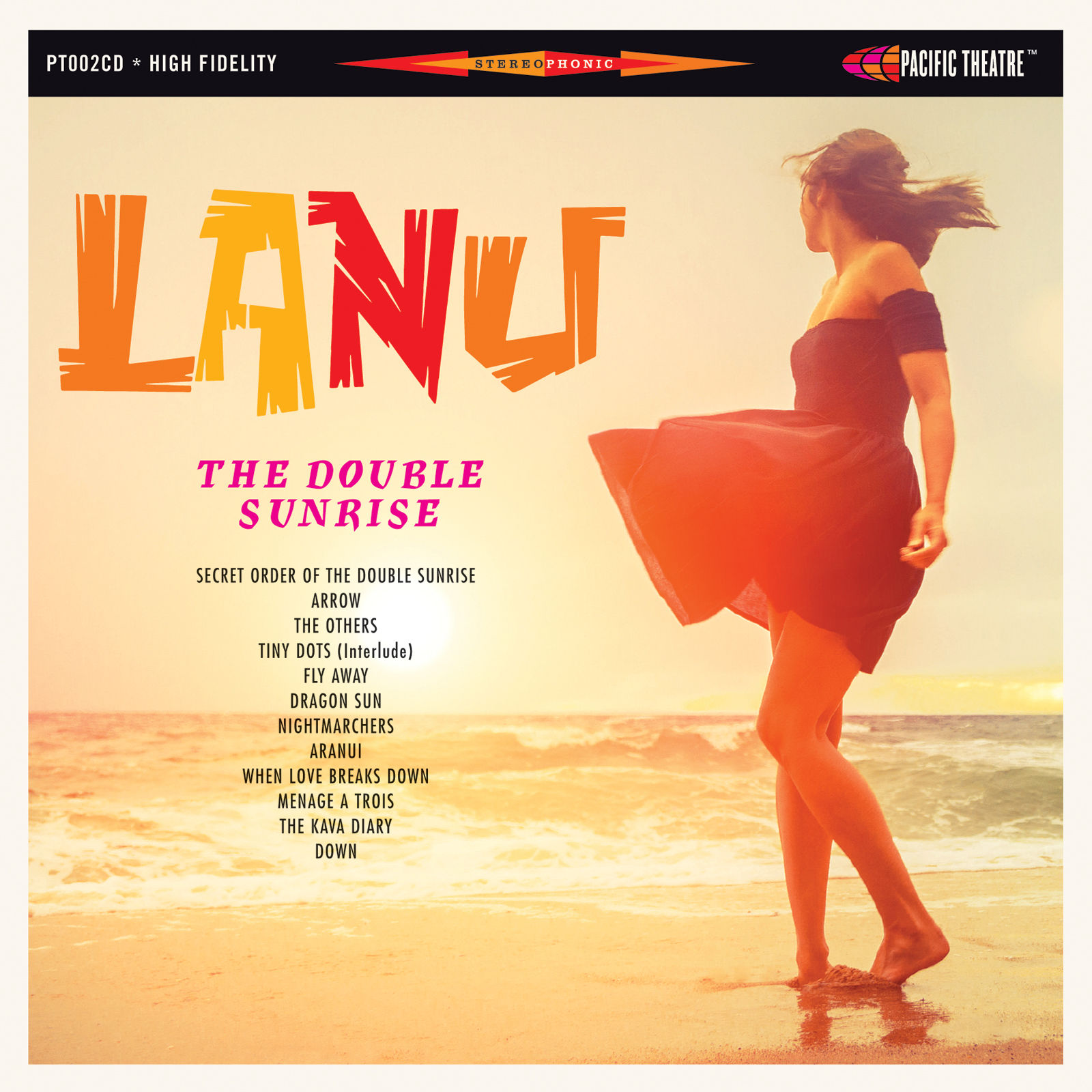 Informed from the romanticism and mythology of the South Pacific region and the Exotica musical genre, The Double Sunrise sees The Bamboo’s founder and guitarist Lance Ferguson once again don his Lanu guise for the first time since 2011’s Her 12 Faces.
The South Seas is a region of the world that has long been romanticised and mythologised. The key musical influence on the album is Exotica, the mid-20th century western musical re-imagining of distant “Shangri-La” like paradises by the likes of Martin Denny and Arthur Lyman. It’s also a place with a very personal connection to Ferguson, who’s grandfather, guitarist Bill Wolfgramm, was one of the region’s most important musical pioneers and released New Zealand’s very first LP record, South Sea Rhythm in 1957.

The golden age of aviation from the region also plays a key part on the album. The album’s title is taken from the mid ‘40s when air travellers on the Qantas Australia/England Air link viewed two sunrises on one single 24-hour long flight. They were awarded a diploma welcoming them to ‘The Secret Order Of The Double Sunrise’. These planes had been a fascination of Ferguson’s since his childhood, and track “Aranui” is named after one of the last surviving planes that flew this route.

The memory of a romanticised paradise that’s been left behind is a theme that permeates the album. Bill Wolfgramm was part of the Pacific Islander diaspora when he left Tonga for New Zealand. Similarly, Lance Ferguson left New Zealand more than twenty years ago to relocate in Melbourne, where he remains based today. ‘The Double Sunrise’ explores the fascination outsiders have held of an idealised vision of The South Seas, as well as the very real connections of the album’s creator.