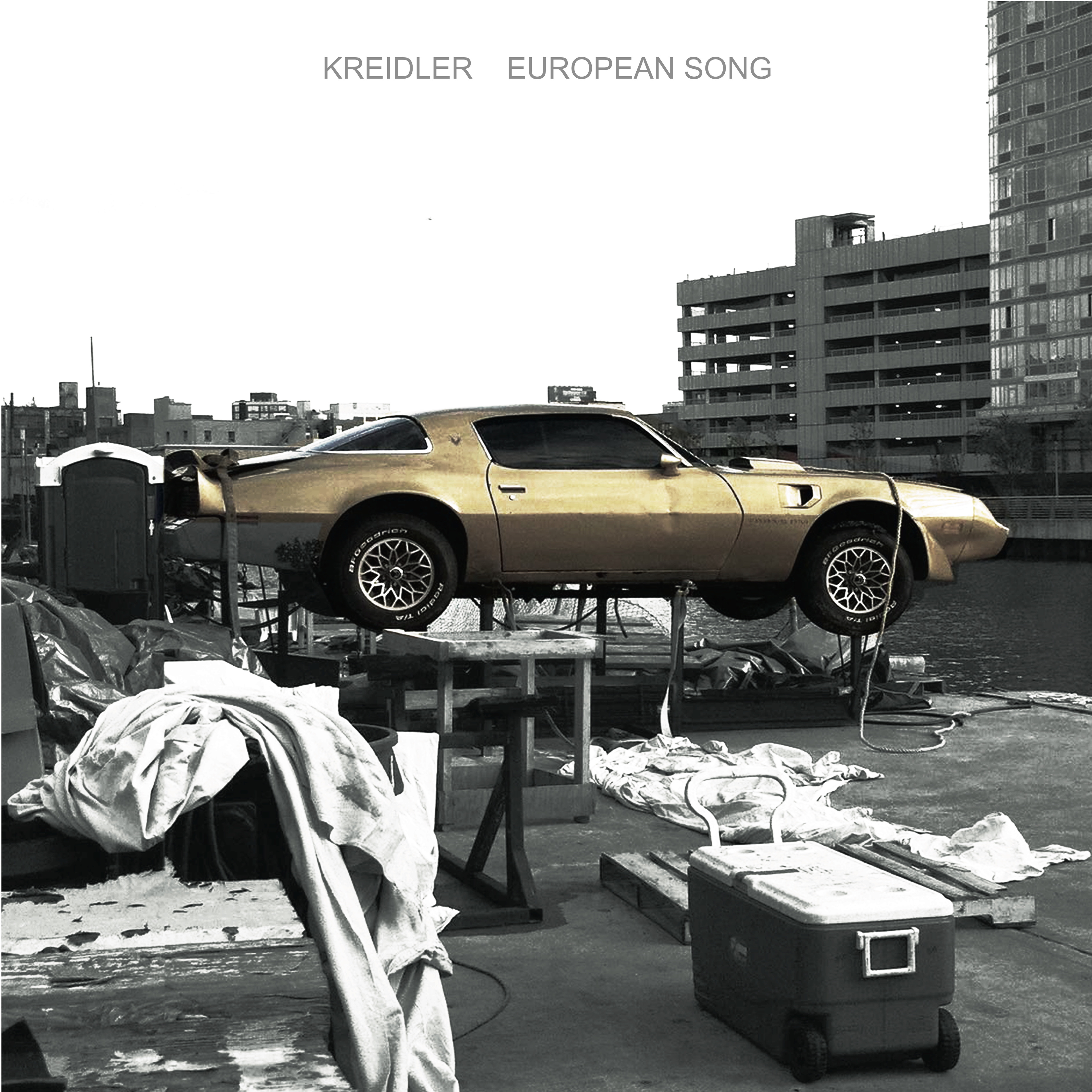 The Kreidler were in a recording studio, in Mexico City, when they were hit by the news of the election of US President Donald Trump. They felt, therefore, the need to adhere to the mass of artists, intellectuals and ordinary people who, in those days, were protesting against the new order, they abandoned what has been done up to that time to focus on a more intense work, with more pronounced rhythmic and more weight matters than the original idea on which they were working and that, at that point, felt decidedly inadequate to the new socio-political conditions that had appeared threatening on the horizon.
With renewed vigor they realized the studio live sessions of “European Song”, a record that maintains the suppleness and the icy nonchalantly of the the German quartet, but contaminated by a slight claustrophobic feeling, an intensification of the accents as if to face up to exorcised, the fulfillment of such a political event similar to a nightmare that had seemed, until then, rather remote.
The studio works then polished the sound without compromise its spontaneity.
However, Kreidler not possess the political urgency of the Clash or the electronic accuser devastating explosive power of Mark Stewart. They do not have the verbal power of Bob Dylan, who seemed to be revolutionizing the entire counterculture of the years 60s. They keep within what might be called a classical electronic, with obvious references to the insights of Kraftwerk and rhythmic asides typically krautrock as, for example, in “Kannibal” a delicious obsessive minimal fresco that slows and lyophilized the Neu! experience during his 5:45 minutes.
As usual, there are no vocals, so the revolutionary element is likely to remain confined to the mere declaration of intent, to an initial idea to which the listener can access to create his own world within the minimal landscapes and Geiger counter discharges which constitute the central core of this quartet in business for over 23 years.
“Boots” is adventurous, with bold and natural fascination solutions, which results in an uncontrollable sensuality as to prevent it from any French May ambitions, but rather an aura of peaceful opposition along the lines of the Praha Flowers Revolution.
“Coulees” is jaunty with his microtones and broken waves colliding with the dust of drum machines shattering of rhythmic obsessions. Rituals drifts that clash with Central European yearnings of pan centric vision
A no explicit record, but that stimulates reflections, like a divining rod that will help you to search the rebellious spirit that houses in your minds, helping in achieving the awareness needed to be able to live the difficult days ahead.

Pre-order via Bureau B