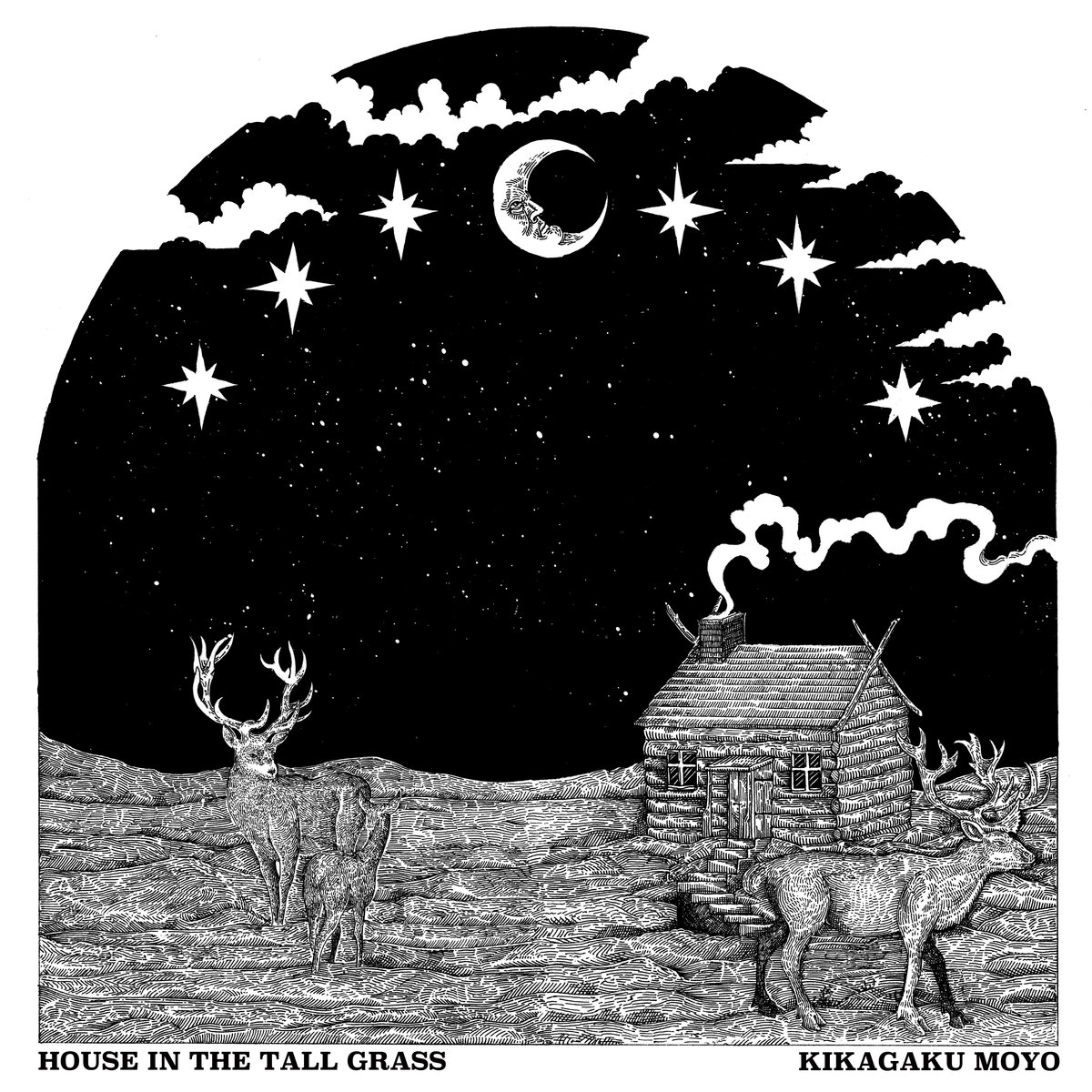 It is undoubt that what Julian Cope did first with ‘Krautrocksampler’ and then, even if receiving a lower feedback from the public, with ‘Japrocksampler‘, was really an influential opera in rediscovering music cultures and genres that they had been forgotten or completely unknown for the majority of listeners all around the world. In theory, to tell completely the truth, it was probably ‘Japrocksampler’ (full title: ‘Japrocksampler: How the Post-war Japanese Blew Their Minds on Rock’n’Roll’) the most important opera in this sense and possibly the most complicated also to write. In fact, there had been since that moment so little published in Europe about that subject, so he had to create his own encyclopedia of informations until the moment he gradually builded up the picture from millions tiny bit of information. What he did was in my opinion a magnificent opera, something essential, a true resource for all future Japanese music research. 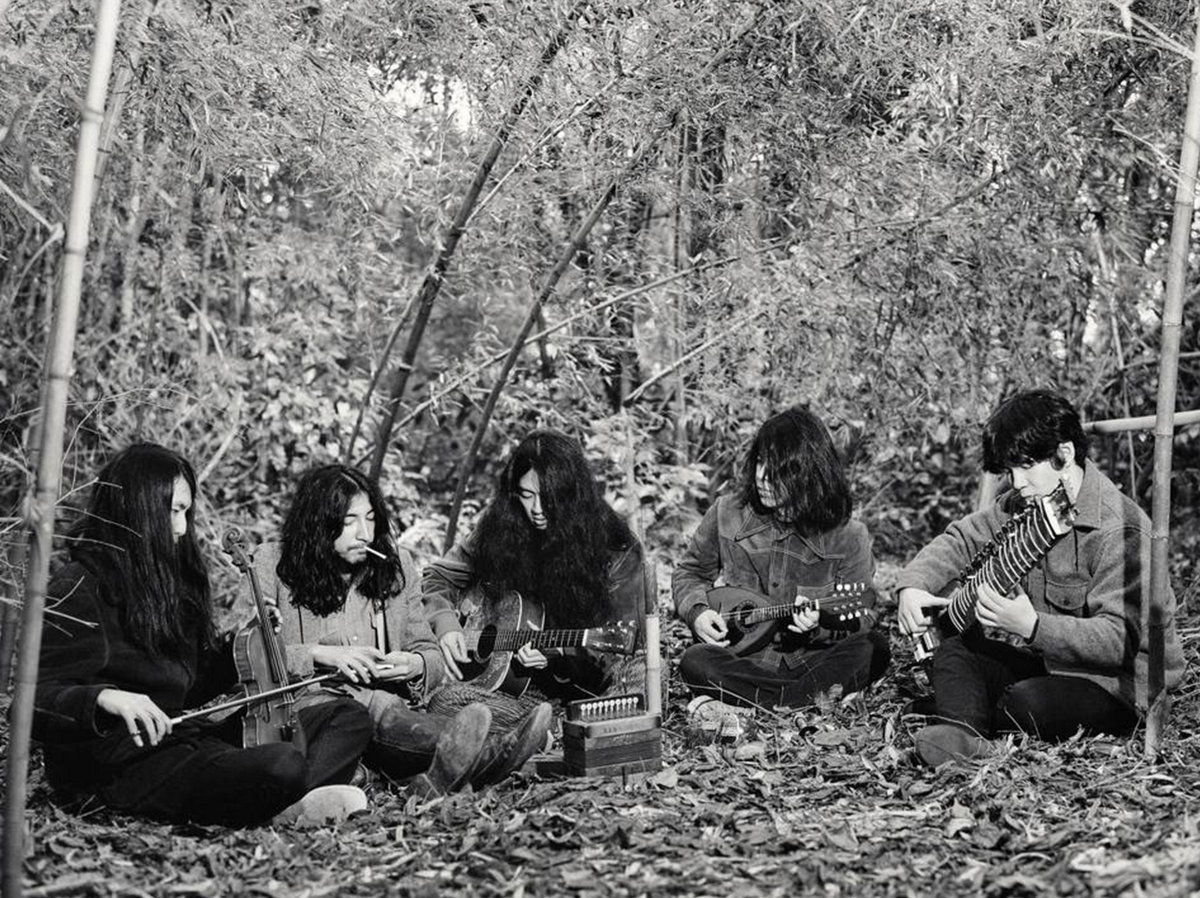 In extended details, he reconstrute the scene in Japan after the Second World War and the democratizing and westernizing of the country and then he went into analysing the experimental music scene from 1951-69 and talking about band like J.A. Caesar, Taj Mahal Travellers, Flower Travellin’ Band and Les Rallizes Denudes.

It’s a reading I suggest not only to who is passionate into music, but generally because it is really interesting. Cope he is a very good writer and the historical references he used are well documented.

But let’s speak about the nowday Japanese rock music and in this case, especially, about Japanese psychedelic-rock music. Cope made a good historical reconstrution of the past, but doing this, he was looking to the future and who knows if his opera was something which inspired this band, Kikagaku Moyo (from Tokyo, Japan), which are undoubtly the most notable psychedelic band from Japan with the Acid Mothers Temple of the Osaka guitarist Kawabata Makoto and that we could consider like a true experimental group into psychedelic and progressive music. A band that has become a true cult during the years. 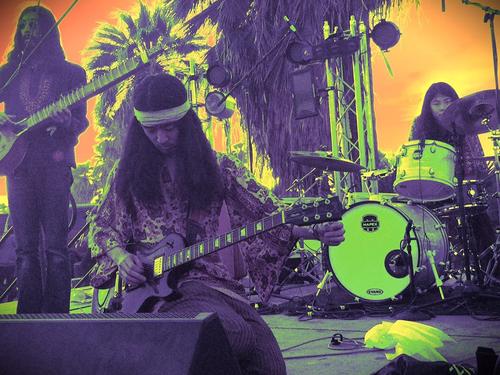 Kikagaku Moyo they started busking on the streets of Tokyo in 2012. From then, they evolved a lot and became from a sort a free music collective a true psychedelic-rock band with influences from different genres: kraut-rock, traditional folk music and seventies rock (not only psychedelic). It didn’t require a long time for them before people and critics started being interested in their music. They now tour all around the world and too part to the most important psychedelic festivals. Their 2014’s album, ‘Forest of Lost Children’ was really acclaimed by everyone and he had got good reviews, it was printed three times at the moment!

The new album has been registered in Tokyo at Tsubame Studio and mixed, mastered and produced by Yui Kimijima. The band rapresented the new album as an overcoming of what they have made since this moment and described, ‘House In the Tall of Grass’ (Guruguru Brain), as the term of a long journey they used to improve and to free their mind and their body.

Well, what I immediately considered after listening to this record several times, it is that their sound is really improved in this last period. I mean, I’m not just referring to their last recordings, but I saw this guys performing live a couple of times and in both cases I liked them, but on the other hand I also considered that they look like they were still looking to find a their own final and personal ‘formula’ to apply to their music. The sounds and the single songs they appeared too much heterogeneous one from the other and don’t everything seem to work right. 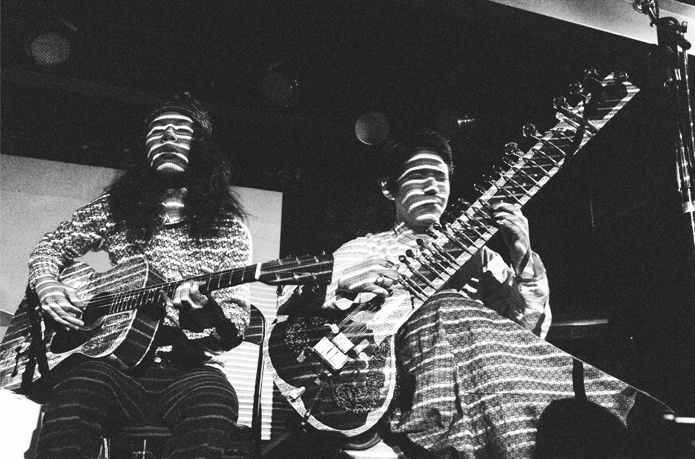 About this, they improved a lot. ‘House In the Tall of Grass’ is a much more compact album and possibly with a concept they put on from the start, the long acid psychedelic session of ‘Green Sugar’, to the last one of the album, ‘Cardigan Song’, which it is what we could define as a traditional psychedelic-folk ballads.

All the album it is mainly characterized by an ethereal spirt that is possibly overvalued by the soft singing voice that transfers the listeners into a magical dimension. Tracks like ‘Trad’ and ‘Silver Owl’ on the other hand reprise their addition to play some acid seventies rock’n’roll and are episodes in which they trade to balance their soft approach with the acidity of electric guitars. Other episodes are much more evocative: the strumental evocative session of ‘Melted Crystal’ and the groovy ‘Dune’ and the short track ‘Fata Morgana’ dominated by the sound of the synths and the organ. But not less intesting are what I consider influences from traditional japanese folk music. I think to what it is the use of percussions and the time used in ‘Kogarashi’ (that also remind me of the US band Magic Castles) or in ‘Cardigan Song’.

Definitely, there’re a lot of point of reference for this band and they used everyone of them also in this case, but what’s new it is that they seem like they are definitely configuring what it is a their own sound. We talked before about a journey in which they are working to improve and to free their mind and their body. Well, I guess that the journey it is not yet finished, but I’m sure listening to this record that they’re now on the right way. Have a good trip, guys, in every possible way.

You can also read this reviwe at: http://machchapuchchare.blogspot.it/