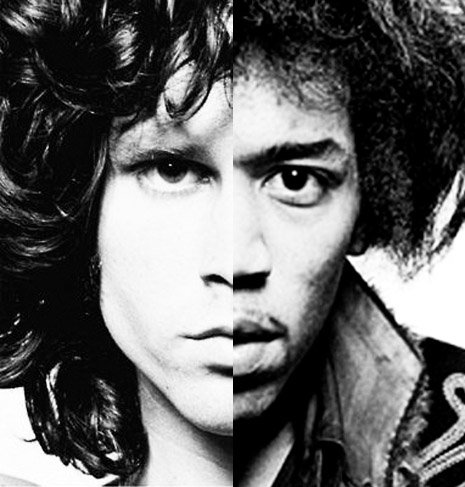 The Scene was a nightclub in West 46th Street, Manhattan, New York City operated by Steve Paul between 1964 and 1970. He was a small and bad venue, a long corridor with plastered tables and a small stage on which some artists were used to jam, I mean people like Jimi Hendrix and Johnny Winter.
Jimi, in particular, used to go there, after playing in the city, to discharge any adrenaline left in his body after performances to the sound of sweetened and commercial blues that do not in the least satisfied. The Scene was the place where freed his creativity and discharged the electricity accumulated in his body. You could often meet  there artists like Allen Ginsberg, the whole Andy Warhol’s Factory, Greg Shaw, Linda Eastman, and all the important people of the city alternative scene.
One night in March 1968 Jimi was performing in a fiery and spicy jam on the shelf. He had brought with him his faithful four-track portable recorder with which he was used recorded everything sounded wherever he was.
The dates of this show was most Likely March 7, 1968, the participants in this jam session remain a mystery. Johnny Winter, Buddy Miles, The McCoys, Randy Hobbs, Noel Redding, and Randy Zehringer have All been named as possible participants in this jam session. For sure Paul Caruso did play the harmonica. Johnny Winter denies being a part of this recording all together and has Said That he had never met Jim Morrison.
At one point, Jim Morrison takes the stage in very drunk poet version, in short, more visionary than a singer. Jim always had reservation in the worst motels, no hot water and always carried with him a trunk full of books from which he never separated.
I wonder if he had a book in one hand and a bottle in the other one when he jumped on stage to perform with Jimi. However, he looked like a raving lunatic in a trance. He started to howl verses about the beauty of anal sex and obscenities like that, moving on the small stage like a possessed young man and Jimi who chased him, Stratocaster shouldering, recorder running in his hand, screaming “You have to sing into the microphone, use the microphone, singing in microphone”.
A fragment of the scene can be heard in the jam session audio files.
At one point Jim had enough and falls precipitously from the stage.
Too precipitously stumbles and falls into the arms of Janis Joplin sitting in a table of the first file.
Janis commented sarcastically: “No problem darling, it would be nice you were a decent singer.”
Janis, why you were so bad with him?  You were already in the Club of 27 and did not know yet.