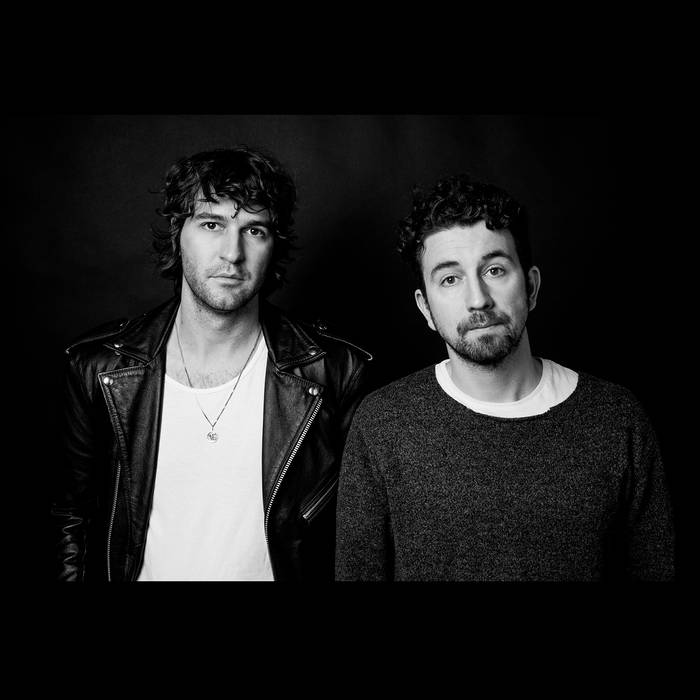 That’s not so bad this new album by the Canadian rock duo Japandroids. I mean, I read a lot of bad critics because they had theoretically betrayed their true identity, trying to developing a much more easy-listening sound, but that’s not my idea.

I hear on the other hand a certain continuity between this work and its predecessors ‘Post Nothing’ (2009) and ‘Celebration Rock’ (2012).

Let’s be honest guys: we couldn’t any time a band it’s going to release its second or third album, any time pretend that this is going to be definitely shit compared to the origins of the band. That’s absolutely nonsense.

If you are going to change what are your tastes in music, that’s your problem. Surely that’s not Brian King and David Prowse’s interest.

And on the other hand the majority of fans look to appreciate what’s an evident evolution in the sound of the band, that now has got a much higher number of followers and it’s definitely, after the release of ‘Near To The Wild Heart Of Life’, one of the most discussed alternative and indie-rock realities around.

The album was out last January via Anti- and it was recorded by Jesse Gander and along with the contribution of record producer Peter Katis (The National, Interpol…) and you know what, any time I’m gonna listening to it I find it has got eventually a much more interesting contents.

Opening with the title-track, ‘Near To The Wild Heart Of Life’, it’s immediately evident that this album has got what are actually concrete contents. The duo seem to have inspired themselves to the tradition of underground singer and songwriter like Paul Westerberg. The song it’s in fact a reproposition of a certain esthetic typical of the period and a song that would eventually had been included in one of the latest releases by the Minneapolis, Minnesota band.

Tones and themes are fatalists. ‘Midnight to Morning’ it’s a song about someone looking to find his soul. ‘In a Body Like A Grave’ it’s another song in the styl of singer and songwriter Paul Westerberg. That’s not the same fury than The Replacements, but atmospheres are next to songs like ‘Answering Machine’, ‘Here Comes A Regular’. Hymns for what’s definitely a lost generation, rightly the same than the previous one which was definined like it was the so-called ‘Generation X’.

‘True Love And A Free Life Of Free Will’ that’s another episode of the same typology and a song which contributes to include Japandroids into what’s actually a new generation of rock’n’roll songwriters, also taking elements from the previous indie one scene formed by authors like Conor Oberst and Langhorne Slim (listen for example to: ‘No Known Drink Or Drug).

Less interesting an episode like ‘North East South West’, a rock’n’roll americana garage song, inspired by the long tradition into US music from Elvis Presley to the Black Rebel Motorcycle Club. The song it’s catchy and with what we could consider as a groovy rhithmic section and a an usage into the chorus that remind to Big Audio Dynamite. There’s on the other hand something like the several Strummer-Jones experiences into the contents of the song and possibily into the same basements of the entire project.

‘I’m Sorry (For Not Finding You Sooner)’ it’s a short pop distorced song in a style that could possibly has got some references with the Oasis of what was definitely possibly their most interesting album, ‘Be Here Now’, despite the fact it wasn’t so much considered as its predecessors because of the era of the boom of the brit-pop was at the time possibly going to an end.

‘Arc Of Bar’ that’s definitely the most pretentious episode of the album and the song that on the other hand gives to it a complete and defined sense.

The main point of reference are probably the Black Rebel Motorcycle Club. The song it’s a true celebration of the rock and roll in itself. That’s periodic. Based fundamentally on one riff repeted through the entire song. That’s a song about pain and renewment and in which the singing it’s almost like to hear saying a prayer. The effect it’s violent, involving, a true declaration of self-awareness and at the same time a searching for salvation.

That’s the true identity of the rock and roll music into the North American Continent nowaday? That’s hard to say. I don’t think to be sincere that this record it’s going to leave us a relevant trace and impression for what’s going to be our future both individual that as a multitude of persons. A collectivity.

Hard on the other hand to say that the fault it’s because this album it isn’t working like many of the critics they pretend. We are far to be a society in which everyone does really feel like he is part of something relevant. It’s hard nowaday for an album to save our souls. But you cannot say that these two guys aren’t trying to do it and just because of this they’re fucking worth your attention.

Not an example. Not a manifesto. But properly because of these, an album that definitely has got sense.