In occasion of the release of his last album with Half Japanese, ‘Hear The Lions Roar’ (out via Fire Records the last 13th of January), we had a talk with the influential musician and songwriter Jad Fair, who, along with his brother David, formed the band in 1975 in Uniontown, Maryland, United States of America.

With a background in visual art, Jad has always had with his art and with his music what he defined as a spontaneous approach. Something that at the time of his debut with Half Japanese some way completely changed the world of music and how we conceive it nowaday. Terms like lo-fi, noise-rock, indie-rock, alternative-rock now some way abused by the musical critics all around the world, started to be used also because of his works. In this sense he really contributes to create what we could define a new ‘vocabulary’.

Far from being what could be a pop-star or an icon, Jad is also a very nice person, so he accepted to answer to our five-questions interview. Thank you Jad. And congrats for you last work. ‘Hear The Lions Roar’ (read the review at: http://dandysme.altervista.org/half-japanese-hear-the-lions-roar-fire-records-january-13th-2017/) sounds just great. 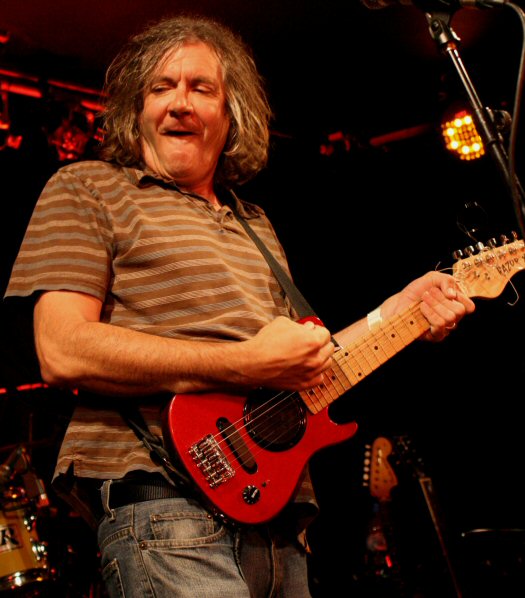 1.    Hi Jad, I really appreciate you’re going to release to answer to my questions. So, thanks. Let’s start from what we could define as ‘contemporary chronicles’. Relating to Half Japanese and, ‘Hear The Lions Roar’, your last album out via Fire Records on January. Would you tell us something about the contents of this album? Who are the ‘Lions’? Is it right to say that into writing the songs and the music you concentrate yourself on trying to express what are actually optimistic contents? In any case, generally speaking, would you define yourself like you actually are an optimist? Why?

I have a good life and I’m very thankful for it. I do try to be optimistic. It can be difficult with so many crazy things in the world. I was very saddened that Trump won the election. It’s not the direction I want the country to go. “Hear The Lions Roar” is a metaphor. Recognize the power of love and let the power take control.

2.    Something about your creative process and in this case of what were the several phases of the making of the album. First of all, what about the band? Could we say Half Japanese have now got a stable formation? How do you work with the other guys? Are you to do mainly by yourself what we could define as the ‘creative process’ or there’s actually a lot of interaction? What about the process of writing the song of the album? You are used to work the same way to your records now or do you change every time, eventually trying different approaches? For example, there were actually differences in the process of making this new album and the last one (‘Perfect’)?

The lineup of Half Japanese is very stable. John Sluggett coined the band in 1988, and Mick Hobbs, Gilles-Vincent Rieder and Jason Willett joined in 1991. We’ve been playing together long enough that we now can play music together in a very natural way. It has a flow to it which comes without having to stress about it. It’s like a bird singing. Birds don’t need to work at singing well together. It’s just what they naturally do.

3.    I also appreciate a lot you work as a painter. Really. Hope one day to get into the possession of one of your creations! I find there’re actually connections in the way you approach to these two different forms of arts. Is it right? When did you start painting? The creative process is it the same than when you compose your songs? A personal question indeed. I’m actually a musician and a songwriter too, but I’m supposed to have a repressed personality. Know it could seem exaggerated but I feel like writing songs it’s something I need and at the same time something so difficult, and that really requires a particular strength. You always give me the impression to act spontaneously and I really admire this thing. I’m right, do you ever or eventually did you ever in the past had the perception of creative process as something difficult? Like you were unable to express yourself.

Most of my art and music / lyrics come to me very quickly. There are times when I’m faster than other times, but there are few times when I need to stress over it. It just happens.

4.    Jad, do you consider yourself as an eccentric, a genius, an innovator? What really disappoint me about many approaches to you as an artist and to your music, it’s that the critics and the listeners are always going to mention about ‘1/2 Gentlemen/Not Beasts’. It is like you apparently haven’t done anything later than that album. Of course it was an event in the story of the rock and alternative music, it is I say, but how do you feel about this? You consider this thing as you were honored because of the regards and the attentions to your early career, do you think this make many people not paying attention to what you’re doing right now in the present? Second part of the question. When you started, did you have some point of references? Finally, don’t you consider some way ‘deviated’ that young people are much more interested in an album you made forty years ago than in the music you and other artists do nowadays? I mean. Not saying you have to ignore the past of course. I want to concentrate myself on the fact that many young people seem actually like they are or completely uninterested in rock music or eventually like they have got a sort of encyclopedic approach to this thing and that looks like they pretended to live in the past, when, well, things are happening right now all around them or much more than this, they could actually make things happen. It would be interesting for me to have your point of view about this thing because you are sometimes defined like you were an ‘icon’ but I guess this would be a very limited definition for a man. I mean. To be a man, an artist, a musician, a singer and a songwriter, it is something much more complex than to be an icon, isn’t it?

Half Gentlemen / Not Beasts is an album I’m proud of, but I feel that way about all of the Half Japanese albums. People will have different musical taste. We’ve never tried to follow any trends in music. When my brother and I started the band we both had a background in visual art and had that as a point of reference. In art it is taken for granted that the art can use the colors of their choice and work in the direction of their choosing. I think the same should be true in music. More often than not we do what comes natural.

5.    Speaking about your music. Do you actually consider the definition ‘art-rock’ it could be generally a good one? If you think so, why? Not asking because I pretend to catalogue everything of course, I just want to know in which sense you would eventually consider this. Generally, probably because of ‘The Zombies Of Mora Tau’ EP, there’s the opinion you’re passionate about horror movies and literature. Is it so or this is just a myth? If things stay so, were in the past and are now in the present horror imageries still influencing your art and your music? I suppose you’re devoted to the classic horror cinema. Even if possibly properly from the late seventies there was a renovation in the genre and a new interest in horror movies and cinema. Do you think it was just a case or not? What happened to the world those years? Everyone discovered they needed to be scared or they watched horror movies to discover if they could eventually be courageous? Was in this sense possibly the horror genre had been replaced by talking show and war, crime chronicles. In any case, do you think the genre it’s now exhausted and why, or we must expect that the zombies of mora tau will rule the Earth again in the future?

When I was a young boy my favorite movies were monster films. I was a big fan of all of the classic monster movies by Universal Studio. The next album will also have some monster songs on it.