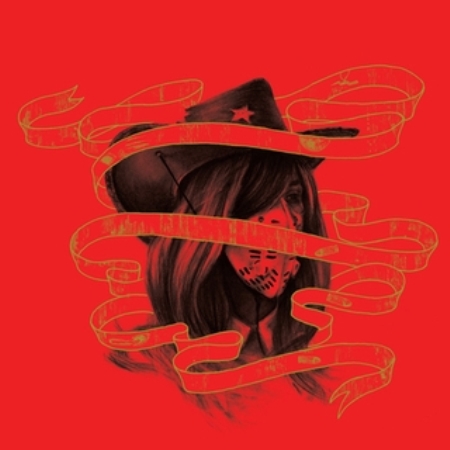 Appearently we’re getting into something completely new. Instead, in practice, the alias Jackie Lynn it is the new project of Circuit des Yeux’s frontman Haley Fohr. A new project in which she wanted to completely reinvent herself by the creation of a fictional charachter, Jackie Lynn of course, she also presented a her own autobiography, ‘Jackie Lynn: The Chicago Chronicle‘, you could possibly read on the website of the label Thrill Jockey Records.

Born in Franklin, TN, on June 1st, 1990, and later moved to Chicago, Jackie soon became acquainted with Tom Strong and started running a multimillion dollar business distributing the illegal substance of cocaine. Later, she mysteriously disappeared after leaving a chronological musical artifact that the city of Chicago is now using to try to trace her whereabouts.

A musical artifact that in practice it is the album we are now relating to and that was out via Thrill Jockey Records the last June 10.

Not the first time an artist used an alias and reinvented him/herself to tell a story to his/her audience, some contents also in musical sense and because of the atmosphere would probably make you think to an album as ‘1. Outside’ by David Bowie, in practice the last chapter of the team composed with Brian Eno, and that was accompained by the Diary of Nathan Adler, another fictional character created by who was actually called ‘The White Duke’. And an album which was also used as the soundtrack for one of the most notorious thrilling movie of the nineties, ‘Seven’ by David Fincher.

What about Jackie Lynn then? The atmospheres of the album are almost dramatic and devoted to a certain cerebrate electronic music (‘Alien Love’) accomplished by soul components (‘Bright Lights’) and lo-fi indie elements. The approach of the singing of Haley Fohr it is mainly theathral and reminds to bands like Suicide, This Heat, Chrome and where everything it is so passionate and fictional at the same time (‘Smile’, ‘Jackie’) and where inevitably the chanteuse Haley Fohr ended to meet and to melt together with her alias, the mysterious bandit Jackie Lynn. But on the other hand it is this or not the true content of life? Everyone of us is going every day of his life to play a part. Sometimes we are honest, sometimes we are completely not, with the others and with ourselves. It’s always hard to find a good balance and don’t know if this small portrait could you possibly help in this, but try, give a listen to, leave you into the arms of this melodic voice and the desperate harmonies of this dreamy sound.