If you want to listen to something good, it is good to approciate in any case to what are actually the releases via Beyond Beyond Is Beyond Records. Clash Magazine wrote about them, ‘Brooklyn label Beyond Beyond Is Beyond are rapidly building up an international reputation. The imprint’s roster is chock full of dreamers, vagabonds, losers and users, people shunted to the fringes of society battling back with guitar, drums, vocals and electricity.’

A description I personally dig a lot and that I consider perfectly rapresents what are the contents of the releases of the label. Just to nominate a few of them. Our Solar System, The Myrrors, Jefferttitti’s Nile, the Japanese bands Sundays & Cybele and Kikagakyu Moyo are among the best releases of the last couple of year. And among them I surely want to consider the Heaters, a trio of psycho-syurf rock I discovered last year because of their first LP, ‘Holy Water Pool’, which actually really impressed me because of the immediate impact of their sound, a power-pop which I want to describe as ‘fresh and clean’, and because of their cosmic approach to the psychedelia. 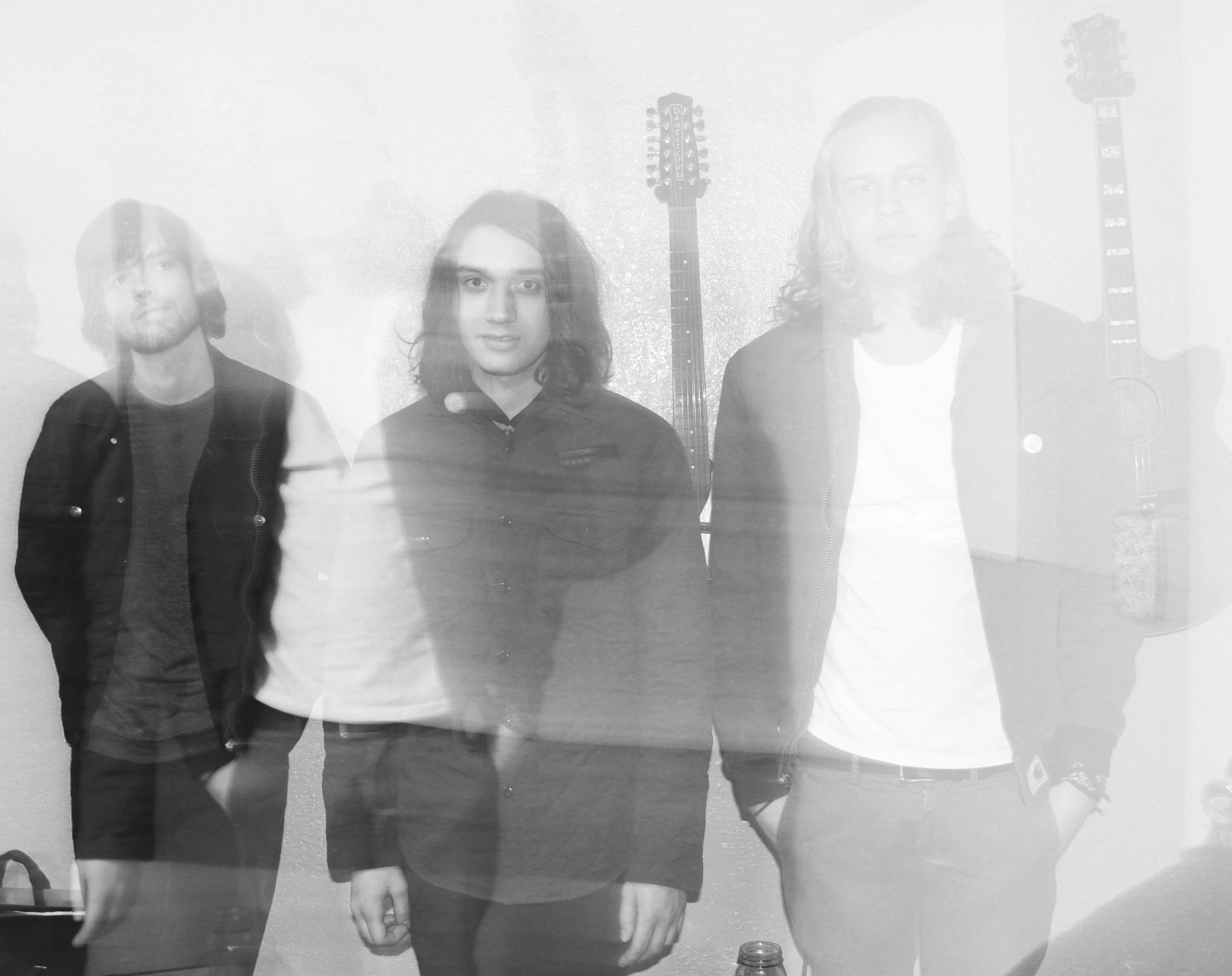 The last album, ‘Baptistina’, was out last August and it immediately appears very particular and interesting because of the cover that mixed together elements and symbolism typical of seventies psychedelia with a certain dark culture of the eighties and the usual reminds to skeletons and to the ‘world of death’ become ricurrent in the neo-psychedelia after the success of Dead Skeletons. Definitely, we have a world at the reverse in which on a symbolic moon it is actually sits a giant duck or possibly a Sphinx and a skeleton which it is going to be immersed into a stormy sea made of wool. So, just wow. 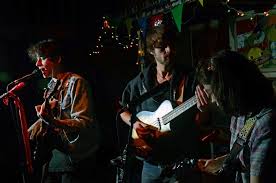 By the way, everything I mentioned about ‘Holy Water Pool’, it is valid also for ‘Baptistina’, except for the fact that this new LP showed how this band, coming out from Grand Rapids, Michigan, has improved their sound. Someone pretended to compare them to Flying Saucer Attack and I consider that this could be a good example to describe the sound of this album, even if Heaters are possibly much more ‘pop’ and sometimes surf  (‘Mango’, ‘Elephant Turner’) and easy-listening than the band founded by David Pearce. And on the other hand they are also less experimental, also if some episodes as ‘Dali’ could surely remind the space-rock of the fundamental Bristol complex.

What we principally have to consider about the sound of ‘Baptistina’ it is the hypnotism and the surrealism of the main part of the album. ‘Centennial’, ‘Ara Pacis’, the eight minutes of ‘Garden Eater’ are psychedelic-rock songs with a certain garage taste that for sure it is an element that it remained typical of this band despite all their innovations in their sound. Vibrant portraits of a blur reality you couldn’t figure out in touching it because it move too faster around you have been involved into the center of an hurricane.

The album ends wih three tracks that are possibly a little different from the rest of the album. ‘Voyager’ and ‘Turkish Gold’ are both parts of the same soundtrack of what we could virtually define as a state a reverberate meditation culminating with an ascension accompained by the repetitive and involving sound of the organ. Finally, ‘Seafoam’, a tipically rock and roll garage masterpiece who gave you the final shock before the end of this experience. 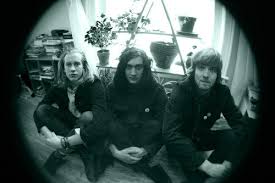 Probably it could seem that there’re a lot of many different elements into this album, but if you will give a listen to it, you will notice that things aren’t so easy as it could seem. It’s hard in fact to describe what it is so visionary an rarefied, strong and determined in its tones and at the same time so complicated because of experimental and mainly surreal. So, I want to end this review with a quote by the Spanish artist and painter Joan Mirò, ‘I feel the need of attaining the maximum of intensity with the minimum of means. It is this which has led me to give my painting a character of even greater bareness.
Vote: 7/10
@sotomayor
Bandcamp
You can also read this review at machchapuchchare
Post Views: 766
Precedente Elephant Stone - Ship of Fools (Burger Records, September 16, 2016) Successivo Al Lover - Neuicide! (Fuzz Club Records, November, 12th, 2016)