I guess that many listeners consider Jad Fair as he has necesseary got an eccentric personality. Many pretend he has got an obscure side and imagine him like he’s got electrocuted hairs and he’s just coming out from an electro-shock. Effectively I think that many would rather possibly consider him like he his an archetypal ‘mad scientist’ in the same way the popular culture pretended to define Nikola Tesla. In practice a caricature of a creative artist who is eventually described as mad or insane and owing to a combination of unusual or unsettling personality traits and the unabashedly nature of his experiments. It would probably be for this reason that a lot of people evidently continue along the years to consider he and the Half Japanese, the band he formed along his brother David around 1975 in Uniontown, Maryland, as something referred to a remote an unspecified moment in the past. A moment in which the story of the music was made by the releasing of the triple album ‘1/2 Gentlemen/Not Beasts’ (that was in practice a collection of home recordings they made along the years) and that for many listeners it’s in practice enough to qualify this artist and the band as a ‘cult’, an object of devotion. But does this definition really have sense? I mean, I’m not convicted at all that this really qualifies the several qualities and the creativity of Jad Fair, an artist who is still nowaday really productive and brilliant. Neither I guess he has never pretended to as considered as an object of devotion.

On the other hand, it’s a fact: critics created a lot of terms derivating from the early episodes of the Half Japanese and the solo career of Jad Fair: lo-fi, noise-rock, indie-rock, alternative-rock. Terms and definitions that are still used nowaday. In a certain sense, so, he really contributes to create a new vocabulary, later than a new way to approach to the music because he and his brother introduced some elements (an high usage of home recordings and noisy distortions, playing out-of-tune, the simple fact they were actually totally uninterested in making something that sounded ‘formal’ and required particular techical skills of formation, and the completely uninterest in giving to the song a particular structurated form) that still nowaday are considered particular and experimental. 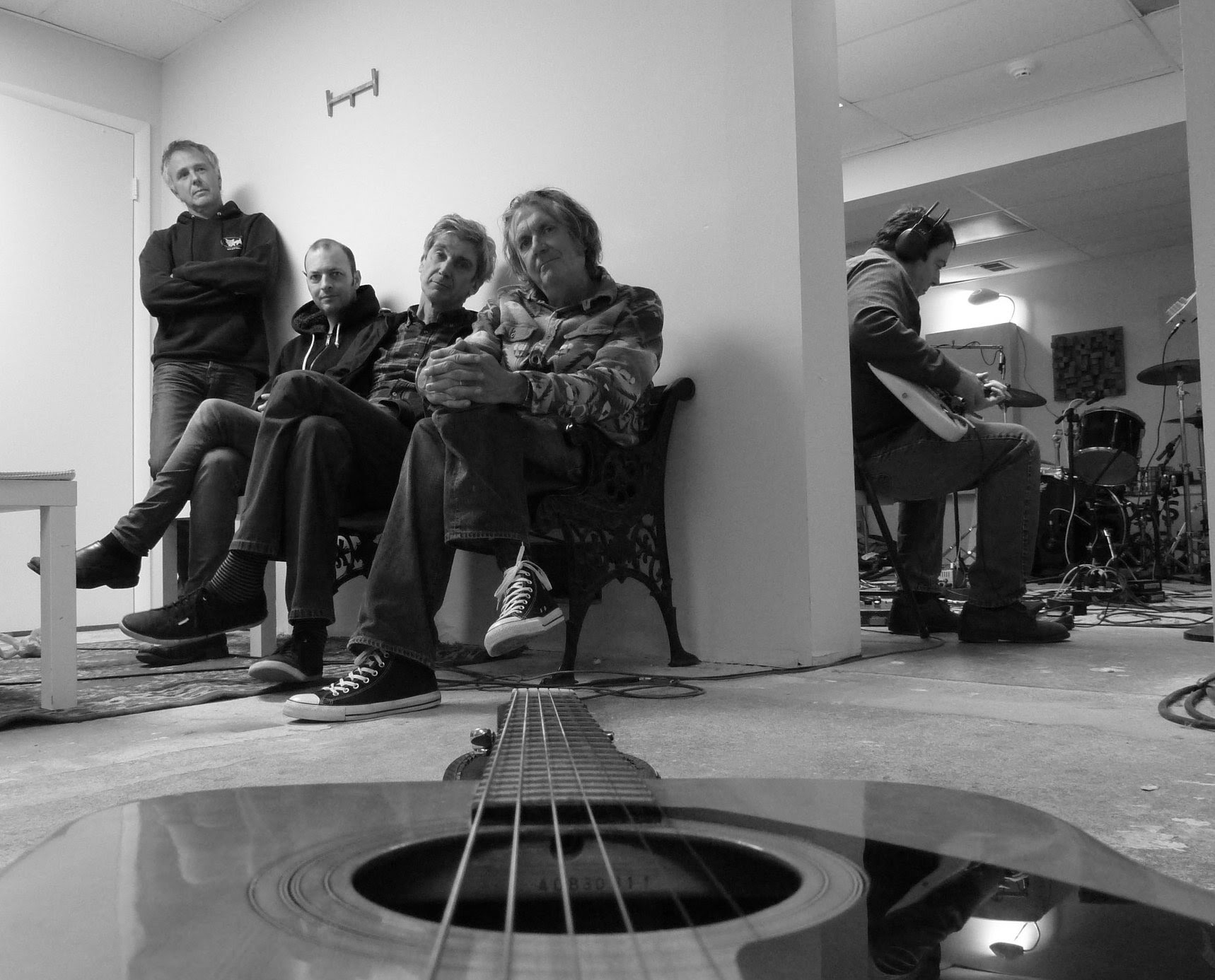 What’s strange and in my opinion some way summary it’s the fact that those works, ‘1/2 Gentlemen/Not Beasts’, or think for example to ‘The Zombies of Mora Tau’, which was defined by the great Lester Bangs, a great passionate of Jad Fair and his work (how it could be different, they’ve got in fact the some approach and they propose the same kind of social culture), as one of the greatest example of noise music, are considered by manys as a singular event. I don’t see in fact actually around me many people who are really interested into what Jad Fair it’s doing still nowaday and I’m frankly surprised about this. First reason it is because his works are actually brilliant, the album he released at the beginning of this year, ‘Perfect’ (Joyful Noise Recordings), it’s in my opinion one of the best episodes of  art punk and indie rock of this decade. It sounds much more innovative, fresh, virulent and provocative than many releases by young bands and artists who are generally much more considered, at a certain point pumped by the critics. The second reason it is the simple fact that he has never stopped in making new music along the years. His production it’s in practice impossibile to reconstrute and of course me myself for first, I have to admit that I’ve not listened to everyone of his release and sincerely I’m asking to myself if he has possibly ever do it. But who cares after all? I mean. I think that he neither would probably and that what really cares for Jad Fair it’s just to be creative, to make his creativity and ideas become something real. This is about music and about arts in general, considering that he is actually of course also a brilliant visual artists (the artwork of the several releases by Half Japanese are of course his creations). He has never stopped in making new music and he has collaborated along the years with artists that are generally much considered also by a mainstream audience, think for example to John Zorn, Yo La Tengo, J. Mascis, his good friend Daniel Johnston, Steve Shelley and Thurston Moore of the Sonic Youth…

Why did it happen. I mean, why the world of music generally still continue to not tribute to a so brilliant artist, a part that a very nice person, like Jad Fair, not the glory but just the attention his art really requires. Probably this also it’s because he is in a certain way a true eccentric personality, in the sense that he is because of his ideologically way to think and to make music, far from any prototype of pseudo-rock-star and pop-star. He started making music before that in the United Kingdom punk became a reality, Half Japanese published yet when the no-wave was spreading in New York City, Jad Fair and his band were noise, indie, alternative earlier than every possible artist was defined this way. But what really counts, in my opinion, it is the fact that nothing that Jad Fair made and still makes has ever had the intent to get a particular fame or to propose himself and his art in a way different from who he really is and how his art it’s actually conceived and created. 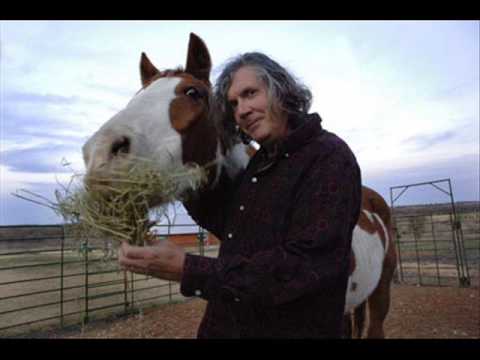 Jad Fair, just expressses himself and this makes him what I would define a true sensible artist and as consequence, not because of his choice but just because of his nature, a completely indipendent and underground artist in the world musical scene and history. Facts stay so and I’m convicted he’s got any regrets because of this and I also haven’t, because, standing at my way to approach to the music, I’m not surely going to be encyclopedic: I just listen to what I want to listen to and if now I can’t stop listening to his new work, ‘Hear The Lions Roar’, that will be out via Fire Records next January, it is just because he simply made another great and umpredictable, because of the varieties of its contents, album.

Wildly eccentric and humorous, the energetic ‘Hear The Lions Roar’ is an art rock (yep, I guess in the end this would be the best way to describe it in its complex) record where Jad’s expertly thrown out lyrics remain optimistic and fresh alongside a fierce and compelling rhythm section. Consider that Half Japanese are in practice effectively a band, whose the components, a part than Jad himself of course, are John Sluggett (guitar, keys, timbales), Gilles-Vincent Rieder (drums, percussion, keys), Jason Willett (bass, keys), Mick Hobbs (guitar, glockenspiel). But it’s also to consider the addition of guest musicians baritone horn player Lydia Fischer and cellist Sophie Bernadou, who brings more uplifting moments to the record including the title cut, ‘Hear The Lions Roar’, which it is surely the greatest moment of the album, a triumphal hymn of joy played in a power-pop style that would probably make you think to an artist that on the other hand it’s possibly even much more prolific than Jad as Robert Pollard.

The fact, about mentioning similar artist to Jad Fair and Half Japanese, it is that it’s in practice impossible to say who was influential for one or the other and this is just because I guess that, has the several him collagues I would mention to describe the contents of this album, consider music as a true expressive art. Their art it’s an immediate expression of feelings and emotions. Many of the songs contained in this album, they appears to be played before they were still conceived. I’m referring in particular to the most noiy freaky episodes, mostly part of the first part of the album: ‘Wherever We Are Led’, ‘Of Course It Is’, ‘Here We Are’, the rumorist episode of ‘Attack Of The Giant Leeches’, the joyous and weird Daniel Johnston’s style ballad ‘On Top’, the lysergic and tripping hypnotic, ‘It Never Stops’.

What I would like to consider on the other hand it’s the fact that the most contents of the song are in a certain way an expression of positivity, something that generally contrasts with the many alternative releases, but not because of this I would consider this album as something trivial or superficial. Neither you have to consider it just as something totally improvised. ‘On The Right Track’, played with a rhythmic dub section, could be easily compared to minimalist episodes of Pere Ubu or even The Red Krayola. ‘The Preventers’ demonstrates how Jad also some way influenced or is in any case to be considered also a ‘mate’ of an artist like Serengeti, an hip hop artist that on the other hand has always declared he is influenced by other genres like also garage rock and who has adopted the mission ‘to put the fun back in hip-hop’. ‘Super Power’ it’s an episode of super-experimental lysergic psychedelia very hard to be defined but very suggestive and impressive because the atmospheres it reaches, ‘This Is What I Know’, what I define the best song of the album, along the title-track, a garage psychedelic track accompanied by the sound of the organ and later exploding in a lot of fragments, a true explosion of sounds combining the cello with noisy and strident feedbacks of guitars. But are possibly, ‘Do It Now’ and ‘It’s Our Time’, the songs those best rapresent the album in what it’s actually its main contents and because the message it wants to spread to. Because of this, I thought to a phrase by Kurt Vonnegut I read in the preface of ‘Mother Night’: ‘Make love, when you can. It’s good for you.’ That’s what this album it’s really about. Open your eyes and you will see it. It’s obvious. It’s love.