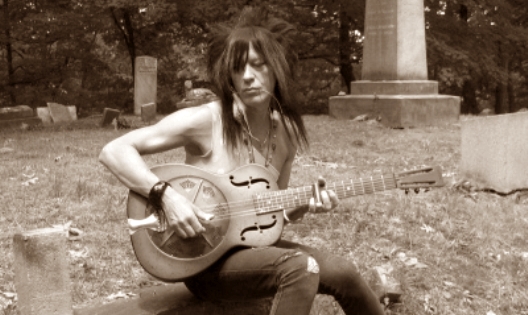 The new album by Greg “Stackhouse” Prevost will be released in 2020, a wonderful return to the origins of American sound with folk, country blues, gospel and Delta Blues influences.
The sound is exclusively acoustic, with the guitars played by Greg himself with Alex Patrick who also plays the banjo in one. Some backups on a few and harmonica but no over tracks at all and all the songs basically played live on studio.
An essential sound that, while moving on the path indicated by early Dave Van Ronk, Bob Dylan, Muddy Waters, John Hammond, Donovan and post-Elevators Roky Erickson, maintains the strong personality that has characterized Greg “Stackhouse” Prevost’s work so far.
The album contains some originals and a series of standards in the acoustic style that Greg would have liked to follow since the days of his “Mississippi Murderer” which was then electrified also to try to maintain a certain continuity with the sound of the recently dissolved Chesterfield Kings at the time.
If with “Universal Vagrant” Greg felt the need to do his personal Beggars Banquet-Exile-Burritos thing now he can go to this since it is what he did in the early ’70s before he stated bands up and got electric.
It is the record of the great return to style that he has always loved interpreted with passion and love, do not miss it!